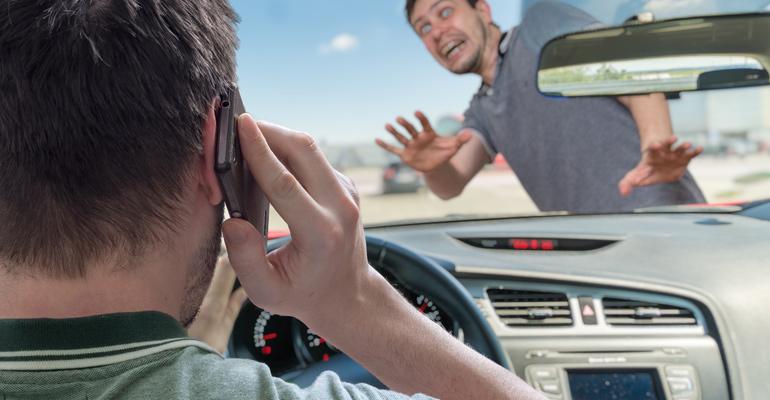 Distracted driving catching up with DUI's in economic impact.
Industry>IdeaXChange

A Technical Solution to Driver Distraction

Developing a system that disables phones when drivers need to pay attention won’t eliminate driver distraction. But it sure could help.

Automakers and telephone service providers could drastically reduce driver distraction. The technology is there to do it.

But so far, we’re seeing a rise in traffic accidents and fatalities and no one is taking a leadership position. It’s high time we change that.

Automakers are adding new safety technology to their vehicles and traffic accidents, injuries and fatalities should be falling, but they’re going up. Automated emergency braking, blind-spot detection, lane-keeping and cross-traffic alerts should be helping drivers avoid accidents.

But these advances apparently are being offset by drivers and pedestrians who find phone calls, texts and tweets more important than paying attention to what’s going on around them.

A couple of decades ago, researchers at the Transportation Research Institute at the University of Michigan investigated why talking on a phone is so distracting. After all, drivers talk to passengers in their cars all the time with no danger, so why is talking on a phone different?

What they found is passengers in a car will shut up the instant the driver has to deal with some tough driving task, like slamming on the brakes, swerving to avoid a car that cuts them off or slowing down if a kid runs into the street. But someone on the other end of a phone has no idea the driver faces a task that requires concentration, so they keep on yakking.

What’s weird is that today’s drivers will devote more of their attention to a phone conversation (or tweet or text), than to their driving, even in an emergency. Drivers will answer a phone call when they’re in the middle of a turn at an intersection, rather than wait until they complete the turn and the coast is clear. That’s why some wags say driving actually is the distraction.

We should be able to fix this. It shouldn’t be that hard to disable a phone when a car is decelerating at a sudden rate, accelerating hard or cornering at a given yaw rate. It would be the equivalent of getting the passenger to shut up.

I’ve brought this up over the years in informal conversations with automotive engineers and telephone service providers. They’ve all agreed it should be technically possible, but so far no one has tried.

This is the perfect cause to champion for the National Highway Traffic Safety Admin., or the Insurance Institute for Highway Safety, or SAE.

Driver distraction is bad and it’s only getting worse. So far, all we’ve done is wring our hands and watch the fatalities mount. Developing a system that disables phones when drivers need to pay attention is not going to eliminate all driver distraction. But it sure could help.