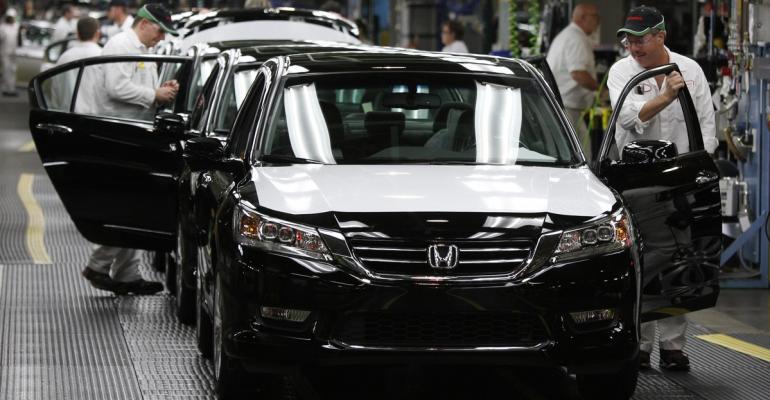 Apart from possibly triggering an economic slowdown and disrupting the supply chain, tariffs against Japan and Europe won’t fix the trade deficit because that would require two parties wanting to trade, which doesn’t seem to be the case.

Lost in the daily dysfunction of Washington, the Trump Admin.’s on again, off-again trade dispute with Mexico is off again, and so are tariffs on Mexican cars and car parts. With China, another major hot spot and a more serious and legitimate dispute, the administration has moved to restart talks, although not end tariffs, over accusations that include theft of American intellectual property and technology.

With the clock ticking, we will focus on the Commerce Department’s determination that the European and Japanese auto industries “threaten to impair the national security of the United States.”

Heady stuff, except it isn’t true.

Fortunately, there is still time to debunk the national security “threat” claim since the administration passed along the department’s findings to the U.S. Trade Representative, who must decide by mid-November whether to proceed with tariffs reportedly as high as 25%.

According to the Japanese Automobile Manufacturing Assn., Japanese automakers have invested $51 billion in U.S. manufacturing since the 1980s – a total of 24 plants in 12 states, including powertrain plants, along with 45 research and design centers. More than 90% of the investments were made by Toyota, Honda and Nissan, Japan’s Big Three.

Meanwhile, Germany’s Big Three – BMW, Mercedes-Benz and Volkswagen – say they have invested a combined $18 billion in the U.S.

Likewise, dozens of Japanese and European suppliers have spent tens of billions of dollars tooling up in the U.S.

If these manufacturers are national security threats, so by extension are the several hundred thousand Americans they employ.

In the case of the Japanese, who have been here the longest, the OEMs have created 70,000 manufacturing and R&D jobs, JAMA says. The total, including administration, approaches 100,000, and of course does not include suppliers.

I had a ringside seat in Tokyo for nearly 30 years as one U.S. negotiating team after another passed through the city accusing the Japanese of too many things to fill this column space. But the one that always made me chuckle was the claim of “structural impediments.”

The truth: Our cars were too big for Japan’s narrow roadways and the steering wheel was on the wrong side in a right-hand-steering market.

When General Motors introduced Saturn, two of three options didn’t have automatic windows which, to the Japanese, was akin to not having a remote controller for a TV.

So if the administration is concerned that Japan is exporting too many cars to our market, then the best way forward would be some sort of orderly marketing agreement, much like the successful export-restraint agreement negotiated during the Reagan Admin. – a far better option than tariffs.

In 1981, the first year of export restraints, car exports from Japan (excluding trucks) were limited to 1.68 million units. In 2018, exports (both cars and trucks) totaled 1.7 million. They’ve been at that level, plus or minus 10%, for most of the past 20 years.

The Japanese market was substantially closed until the early 1980s when BMW showed the way to sell cars in Japan. Most other Europeans followed BMW’s lead; Detroit did not.

Note that from 1980, when German imports totaled 27,047 units compared to 11,081 from the U.S., the German total last year reached 155,565, while the U.S. total, factoring out BMWs built in South Carolina, was roughly 13,300, virtually unchanged, according to the Japanese Finance Ministry.

BMW exported 7,200 cars from Spartanburg, SC, to Japan last year, more than 40% of U.S. exports to Japan and surely more than 50% of export value. BMW also exported more than 48,500 cars to China, nearly a third of the year’s total U.S. exports and probably 50% of dollar value. 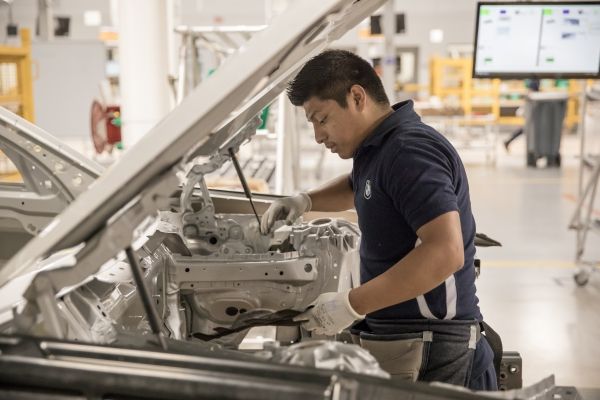 Germany, meanwhile, reported a $4.3 billion automotive surplus with Japan in 2018 including both cars and car parts, debunking the notion that the Japanese market is "closed" to foreign cars and parts. In fact, Germany has reported a surplus for 25 consecutive years, according to the same finance ministry statistical review.

In U.S.-Europe trade, of the 1.3 million imports into the U.S. in 2018, 62% were luxury and premium brands – BMW, Mercedes-Benz, Audi, Porsche, Jaguar, Land Rover and Alfa Romeo – hardly a threat to our national security.

The U.S. global deficit in value of both vehicles and parts has averaged $200 billion over the past five years. Japan’s share of that deficit in 2018 was 25%, while Mexico’s was 41%, the USITA says.

And the deficit has grown, both in volume and units, between January and May, according to the latest USITA statistics.

Of 2018 light-vehicle demand in the U.S., which totaled 17.7 million units, U.S.-built Japanese vehicles claimed an 18% share of the market, according to Wards Intelligence data. The total Japanese share, including imports from Japan, Canada and Mexico, was 38%.

While European automakers have no plants in Canada, Volkswagen, BMW, Mercedes-Benz and Audi build vehicles in Mexico.

The U.S. automotive trade deficit with Mexico, including European OEMs, grew to $90.4 billion, according to the USITA.

Inside the U.S. market, a review of the American Automobile Labeling Act database puts Honda at the top of the list with Jeep in terms of U.S. content in its U.S.-built cars. Toyota ranked third for several volume models.

Apart from possibly triggering an economic slowdown and disrupting the supply chain, particularly in the case of components from Mexico, tariffs against Japan and Europe – but Japan in particular – won’t fix the trade deficit because that would require two parties wanting to trade, which doesn’t seem to be the case.