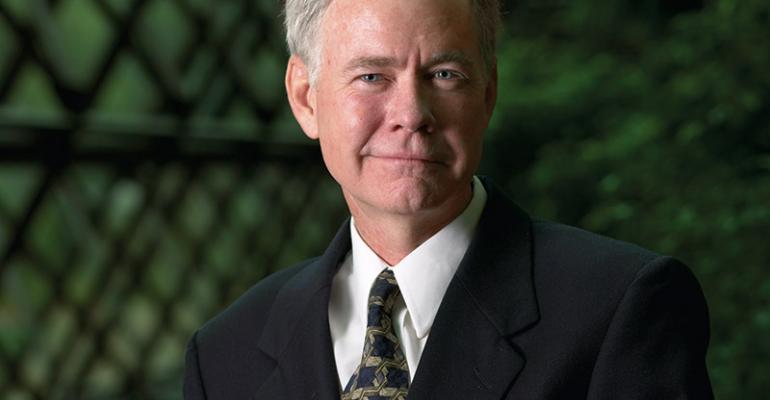 GM says it can achieve profit margins of 20% to 30% in the autonomous ride-sharing business, versus today&rsquo;s corporate average of 8%. &nbsp;

General Motors is in a full-court press to be the first automaker to deploy shared autonomous vehicles in volume. It believes it can make a fortune in this business. Shockingly, it says the revenue and profits from shared AVs quickly will surpass its core business of selling cars and trucks.

At a recent analyst meeting in San Francisco, GM laid out its strategy in far more detail than it ever has discussed publicly before. And the vision that it laid out is tantalizing.

Today’s on-demand ride-sharing services such as Uber and Lyft cost $2.00 to $3.00 per mile to operate. That cost limits them to less than 1% of all the miles traveled in the U.S. market. GM says if you can get that number down to only $1.00 per mile, it opens up ridesharing to 20% of all the vehicle miles traveled (VMT). That translates into a market of hundreds of billions of dollars, with revenues 150 times greater than today’s ride-sharing market.

If you can reduce that cost to less than $1.00 per mile, it opens up the market to 75% of VMT, representing 300 times greater revenues than today. And GM sees a clear path to getting costs under $1.00 per mile by 2025. It all has to do with getting the human driver out of the car, reducing the cost of the vehicle, extending its useful life, and getting a vehicle utilization rate of 50% or greater.

It’s easy to see there will be great demand for shared vehicles during the morning and afternoon peak driving times, but what do you do with those vehicles during off-peak times? GM sees opportunities in e-commerce deliveries and “last mile” transportation in cities.

The payoff could be enormous. GM says it can achieve profit margins of 20% to 30% in the autonomous rides-sharing business, versus today’s corporate average of 8%. Today, the lifetime revenue GM earns on average for every vehicle it sells is about $30,000. Most of that comes from the selling price of the vehicle. With ride-sharing AVs, it expects lifetime revenue of $200,000 per vehicle or better. That’s why it says this new business quickly will surpass its core business and with much better return on invested capital.

These are staggering numbers and could give GM a massive advantage over everyone else. Of course other OEMs and tech startups are eager to compete in this market. But GM, which plans to launch this service in 2019, thinks it has a head start on all of them. It says that doing a commercial launch of a fleet of AVs is 10,000 times more difficult than doing just one demo AV.

Yet to be determined is how GM is going to go to market with this ride-sharing service. Would it use its existing brands, Chevrolet, Buick, GMC and Cadillac? Would it use the Maven brand, its car-sharing service? Or will it create an altogether new brand?

My guess is it will not use its existing car brands. Too much baggage. A brand-new business deserves a brand-new brand name, even though Maven would be a pretty good choice.

This strategy is breathtaking. And it should convince all the skeptics that the automotive industry is about to go through the greatest disruption and upheaval it has ever seen in its history.

GM’s announcement now is going to force other automakers to show their hand. With numbers like these out there, the analyst community is going to want to know how they plan to compete. And they’d better have good answers.