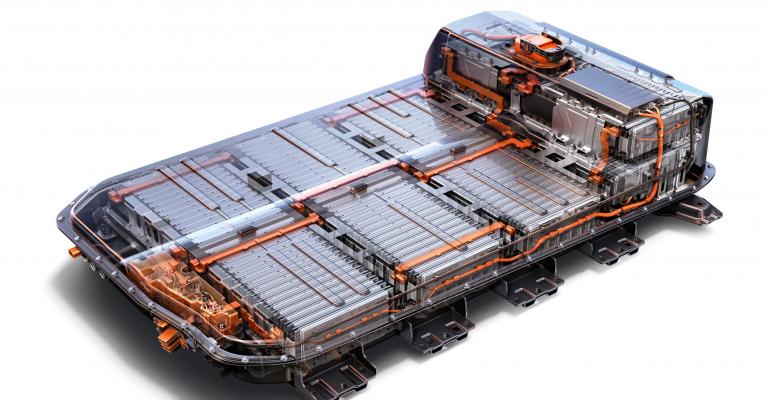 EVs Not Easier to Build, But Will Cut Jobs

Conventional vehicles use components not needed with electric vehicles, but EV motors and batteries also are complex systems that require extra assembly steps of their own.

It’s a myth that electric cars are easier to assemble than internal-combustion-engine cars. They’re not. Nor is it true that EVs have fewer parts than ICEs. They don’t. Yet automakers say EVs will eliminate a lot of manufacturing jobs. And they’re right. Many factories making traditional powertrain components are threatened by electric cars.

Electric advocates often claim EVs are easier to make because they use fewer parts compared with traditional cars and trucks. But a recent tour of the Magna Steyr assembly plant in Graz, Austria, shows that’s not the case. The plant makes the Jaguar I-Pace (electric) and Jaguar E-Pace (ICE) on the same line. Both cars use about the same number of assembly stations and line workers.

For example, the installation of the battery pack on the I-Pace requires two separate assembly stations that are part of a feeder line located off the main assembly line.

The battery pack is a massive part lifted into place from under the car, then secured with multiple bolts to become a structural member of the chassis. Once the pack is installed, the vehicle moves to a second station where more workers connect wires and perform quality checks. It is a more complicated process than installing the gas tank on a piston-engine car.

Moreover, with the I-Pace, the installation of the electric motor requires more line workers than installing the gasoline or diesel engines in the E-Pace. Both vehicles use a modular cradle which includes the engine, transmission and front suspension. The cradle is fed in from under the car, then bolted into place.

Even though conventionally powered vehicles require the installation of components not needed with electric vehicles, EVs require extra assembly steps of their own. In the end, both types use about the same number of assembly stations and line workers. The claim that all electric cars are much easier to build just isn’t true.

EV proponents point out electric motors have far fewer components than a piston engine, and that’s correct. But it is a misleading apples-to-oranges comparison because it does not include all the parts of an electric propulsion system.

A battery pack, for example, can contain nearly as many parts as a piston engine. Munro and Associates, which specializes in tearing down and benchmarking cars, says that on a system-to-system comparison, EVs and ICE-powered vehicles have about the same part count.

Even so, EVs will eliminate a lot of factory jobs. While battery packs are complex systems that can contain thousands of individual cells, they are very different from the components needed for an ICE. The engineering skills needed to design them, the materials and the manufacturing processes used to make them, are completely different. Companies that are adept at making crankshafts, pistons, spark plugs, radiators and so many other traditional components have no role to play in an electric world.

Communities that depend on factories that make traditional ICE components need to be made aware their future tax base is threatened. The good news is they have time to plan. Thanks to hybrid-electric propulsion systems, the ICE likely will be the predominant power source in vehicles for another 20 years. But you can be sure some plant closings will start happening well before that.