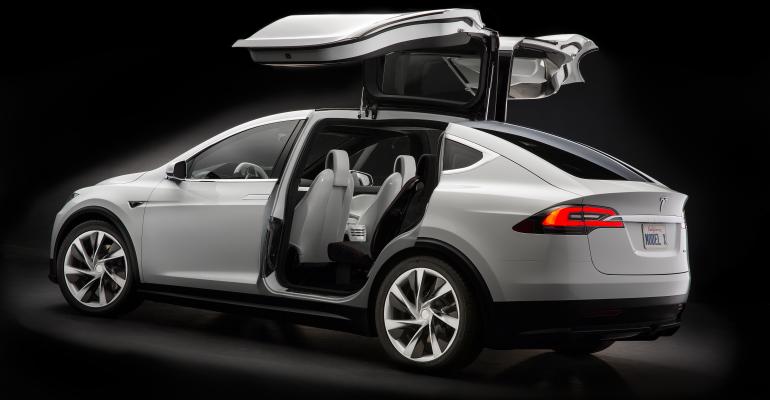 EV Startups Better Bring Something New to The Party

Tesla is succeeding because it’s doing so many things that give it a competitive advantage. Most EV startups coming to market now are not doing anything new.

Instead of watching car companies consolidate into a handful of global players, we’re seeing an explosion of new companies coming into the market. It wasn’t supposed to happen this way. Since 1980, automotive experts have been predicting only a handful of major OEMs would survive. Now we have more automakers than ever.

A big part of the increase has come from China, where cities and provinces have heavily subsidized their own home-grown OEMs. The Chinese market is so big that puny automakers can find buyers even if they only offer mediocre products. There are now more than 50 car companies in China and the number is growing, even though the government’s stated goal is to reduce the number of OEMs.

Another reason why car companies are proliferating is due to all the electric-vehicle startups such as Tesla, Faraday Future, Lucid Motors, NIO, Byton and Rivian – to name a few.

They’re jumping into the EV market headfirst while traditional automakers cautiously test the waters with a toe. The startups believe their first-mover status is going to give them a huge advantage.

What all these newcomers will discover, whether in China or elsewhere, is that making cars is hard and the automotive industry is brutally competitive. Just because you can design, engineer and manufacture vehicles doesn’t mean you’re going to survive. In fact, bringing a car or SUV to market is the easy part. Then you must start sweating bullets about getting customers to show up every day, generating enough cash to develop your next generation of models and holding onto enough money to post a profit.

Too many of the EV startups have a “build it and they will come” mentality. They’re all wide-eyed over Tesla’s success and believe they can do the same thing. But some of them, like Fisker (now Karma) and Faraday, are starting to look like moths drawn to a candle. A lot of these startups will go down in flames.

History shows the only way to successfully break into the automotive business is to bring something new to the party. Toyota was able to claw its way to the top of the heap because it brought the vaunted Toyota Production System to bear. Toyota was able to manufacture cars at significantly lower cost and higher quality and it paid off beautifully. As other Japanese automakers adopted lean production, they too developed an advantage over automakers in the U.S. and Europe.

Tesla is succeeding because it brought several new things to the party. It isn’t just styling, Ludicrous Mode and the EV public’s adulation of Elon Musk that helped Tesla sell so many cars. It’s because Tesla is using different batteries than anyone else – batteries which are made in higher volume and at lower cost than what others are using. And thanks to its proprietary battery management system its cars have longer range and charge faster.

Tesla’s electronics and electronic architecture are light-years ahead of everyone else. It offers over the air (OTA) updates for its cars that no other automaker has matched, even though Tesla has been doing this since 2012. In fact, this is a key reason why Tesla has such satisfied customers, even though the Model S has only undergone one minor facelift in 8 years. Every year their cars get better thanks to those OTA updates.

And Tesla completely broke the rules of the game by bypassing the dealer franchise system and selling cars directly to consumers. Even though Tesla is banned from selling cars in several states, and is severely limited in many other states, it outsold many well-established brands in the U.S. last year.

The point is, Tesla is succeeding because it’s doing so many things that give it a competitive advantage. Most EV startups coming to market now are not doing anything new. They’re just presenting cars with swoopy designs and big display screens. That won’t get them very far. To succeed in the automotive business, you must show up with more than hot styling, because today’s styling always goes out of fashion tomorrow. It’s almost impossible to beat the established automakers at their own game. They’ve been honing their skills for 100 years. The only surefire way is to bring something new to the party.