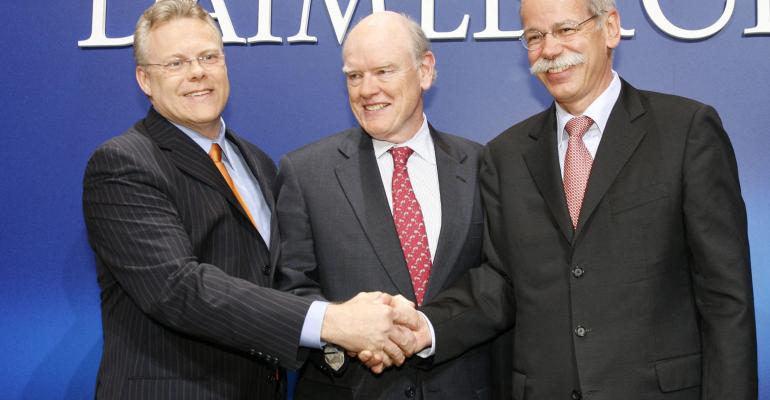 Back in the early 1980s, automotive executives and experts were predicting that by the year 2000 there would be only five automakers left in the world: two in the U.S., two in Europe and one in Japan. The thinking was that automakers had to merge to get enough manufacturing scale to make massive investments in new products and still be able to make a profit.

It never happened. Today there are more automakers than ever before.

But the need-to-merge thinking persists. Fiat Chrysler just proposed a 50-50 merger with Renault, and while that didn’t happen (at least for now) it’s clear automakers still believe they need to mash their companies together.

But why? The history of the auto industry is littered with mergers that failed. Chrysler and Mitsubishi. Renault and American Motors. BMW and Rover. Daimler and Chrysler. Ford with Mazda, Volvo, Jaguar, Land Rover and Aston Martin. General Motors with Suzuki, Subaru, Isuzu and Saab. This is not a comprehensive list, but you get the point. These mergers, acquisitions and joint ventures fail far more often than they succeed.

When you try to mash two car companies together, you invariably run into corporate and regional cultural differences that prove insurmountable. It takes forever to develop a strategy that everyone agrees to and even longer to make decisions. The benefits of higher scale usually are offset by more bureaucracy and red tape.

Therefore, some companies have tried to take a simpler approach and share in product development, such as GM and Ford engineering automatic transmissions together, or Renault and Daimler cooperating on engines and platforms. Yet, while they looked good on paper, these projects never produced the expected results, and the parties involved simply drifted apart.

So, here’s a suggestion: Don’t mash entire companies together, merge their powertrain operations instead. Engines and transmissions consume a tremendous amount of capital investment. Yet OEMs all make engines with roughly the same displacements and transmissions with the same number of gears.

When Sergio Marchionne wrote his famous treatise, “Confessions of a Capital Junkie,” he bemoaned the fact that nearly 90% of the industry’s powertrains overlap, meaning OEMs are spending billions to build similar versions of the same thing. And most of their customers can’t tell the difference.

Moreover, everyone seems to believe that in another decade electric cars will render many of those powertrains obsolete. So why not find a way to slash billions in ICE capital investment right now?

FCA identified shared powertrains as one of the key reasons why a merger with Renault made sense. But why do automakers have to merge their entire companies together to achieve that? Why not just merge powertrain operations? To keep the corporate structure clean you could even spin it off as its own stand-alone powertrain company.

And maybe there’s an even simpler solution. What if FCA just gifted its powertrain operations to another automaker? What if FCA’s CEO Mike Manley went to GM’s CEO Mary Barra, and said: “Here, it’s yours. You build them, we’ll buy them. In fact, let’s commit to a 10-year contract and lock in the price.”

History shows that merging entire car companies is usually a recipe for failure. It’s not necessary. Significant savings could be found by consolidating specific operations, not entire corporations. Best of all, this approach would leave each automaker free and independent to pursue its own strategy on how to persuade consumers to buy its cars and trucks.