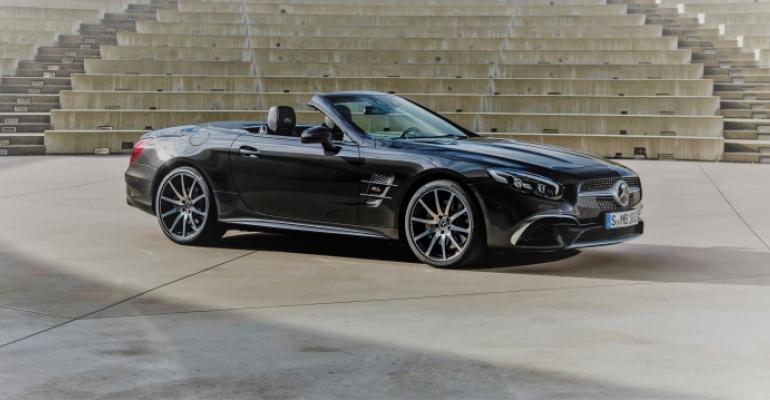 Set to make its public debut at the upcoming 2019 Geneva auto show, the SL Grand Edition is planned to go on sale in the U.S. next month.

Mercedes-Benz reveals an updated version of the SL called the Grand Edition ahead of the planned 2020 launch of an all-new eighth-generation model engineered by its AMG performance-car division.

Each model comes in the choice of four metallic color schemes, including two black tones as well as gray and white. Also included are standard 19-in. front and 20-in. rear 10-spoke forged alloy wheels as well as a sports suspension.

Inside, the SL400 and SL500 Grand Edition models receive a brown leather interior previously offered as an option from Mercedes-Benz’s upmarket designo label.

Further standard features include the German automaker’s Airscarf seatback-mounted neck heater, seats with active side support and air-conditioning function, and a so-called Driving Assistance Plus Package with Active Parking Assist.