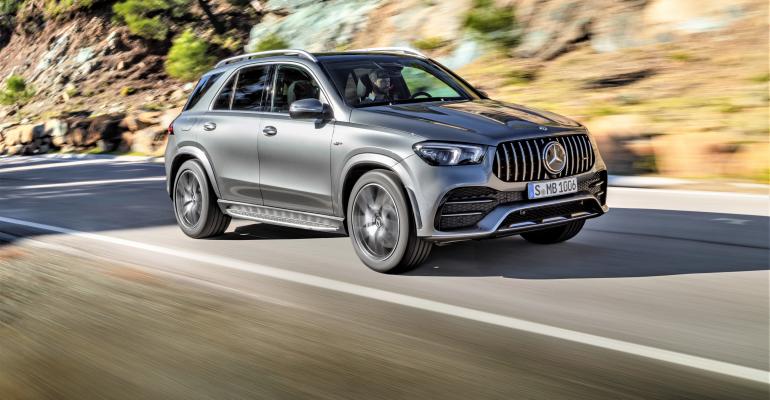 The new range-topping GLE model is the latest in a growing number of AMG models to receive the Mercedes-Benz performance division’s mild-hybrid drivetrain first seen in the CLS53.

Altogether, this provides the new GLE53 with 89 hp and 184 lb.-ft. more than the old GLE43, which ran a more conventional turbocharged 3.0L gasoline V-6 without the electronic boosting technology used by its successor unit.

Further modifications are centered on the brakes. They adopt 15.7-in. (40-cm) front and 13.6-in. (35-cm) rear discs with two-piston and single-piston calipers, respectively.

The standard wheels measure 20 ins. in diameter, with 21-in. and 22-in. rims available as options. 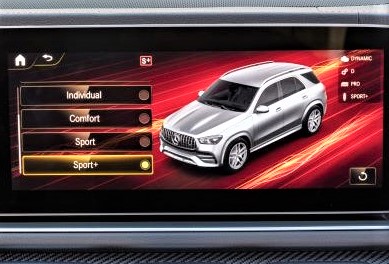 Other styling upgrades include color-keyed wheel-arch extensions and a rear bumper that houses a prominent diffuser and four chromed tailpipes.

Inside, the AMG model seats up to seven thanks to an optional third row.

The performance treatment evident outside is mirrored in new AMG digital graphics for the instruments as well as AMG Performance seats and a multifunction steering wheel with aluminum shift paddles.

The GLE’s MBUX infotainment system has been enhanced with a new AMG Track Pace function which provides vehicle-specific data including 0-62 mph, standing quarter-mile and 62-0 mph times that can be accessed on closed routes outside public traffic areas.

The GLE53 is produced alongside standard GLE models at the German automaker’s Tuscaloosa, AL, plant.