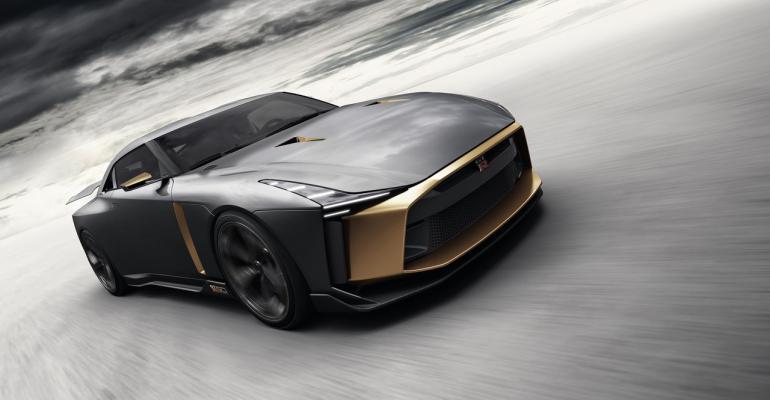 Italdesign says only 50 Nissan GT-R50s will be built.

Italdesign had turned its attention to the Geneva auto show following a two-day shutdown of its Turin-area facilities prompted by a coronavirus scare. But now the Geneva show has been cancelled over the same fears.

The design and engineering firm closed Monday and Tuesday after an employee was found to be infected with the virus that has claimed at least 2,700 lives, including 12 in northern Italy, the BBC reported.

“We’re glad to announce we are reopening our offices and plants in Moncalieri,” CEO Jorg Astaloch says in a statement. “The decision to close was a precaution. Nevertheless, our daily activity has been carried on by our employees who kept working from home.”

Italdesign had scheduled a news conference March 3 in Geneva focusing on the unveiling of the Nissan GT-R50. The company has been commissioned to produce just 50 units, and the hypercar to be displayed in Geneva is the first in its final stage of development.

Italdesign says deliveries to  customers should begin late this year or early next, following certifications and approvals in “all relevant markets.” Its base price is expected to be just under €1 million ($1.1 million).

The GT-R50 is powered by a 720-hp 3.8L twin-turbocharged V6 hand-built and tuned by Nismo, Nissan’s motorsports and performance division.