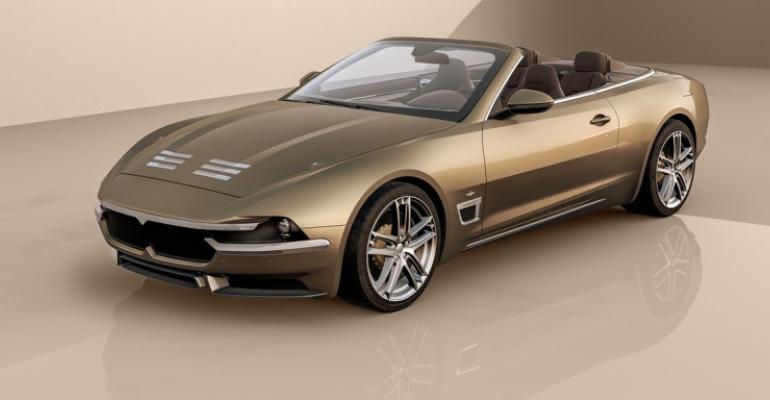 The number of brands on display in Geneva is increasing with newcomers from China and Russia. The show will include powerful all-electric hypercars following the path first tracked by American maker Tesla.

Although major players such as Ford, DS Automobiles, Jaguar Land Rover and Opel are no longer displaying, more than 100 world and European premieres are planned by 70 automakers and design houses at the 89th Geneva Motor Show press preview this week.

Actually, the number of brands is increasing with newcomers from China and Russia. Most of the prémieres will be powerful all-electric hypercars following the path first tracked by American maker Tesla.

Even traditional Italian coachbuilders are converting to new technologies by association with long-established conglomerates (such as India’s Mahindra Group) and Chinese startups. Not all, though.

Munich, Germany-based Automobili Pininfarina (established one year ago by the Mahindra Group) will make its world debut as a maker of luxury cars.

Challenging the established Bugatti and Pagani hypercars powered by turbocharged 12-cyl. and 16-cyl. powerplants, the new Pininfarina is presenting an all-electric 2-seat sports car (below, left).

The first model (in a range of four already planned) is called Pininfarina Battista to honor the founder of the world-famous coachbuilder.

Its aerodynamic, elegant bodywork was designed, engineered and built in Turin, Italy, by Pininfarina (established in 1930).

The groundbreaking hypercar offers stellar performance combined with ultra-luxury. It comes with carbon-fiber construction and four electric motors with a combined output of 1,900 hp and 1,696 lb.-ft. (2,300 Nm) of torque. It will accelerate from 0-60 mph (100 km/h) in less than two seconds and on to 186 mph (300 km/h) in less than 12 seconds, all with a potential zero-emissions range of more than 280 miles (450 km). The hypercar was developed in cooperation with renowned Croatia-based specialist Rimac, which supplied high-tech components.

Michael Perschke, Automobili Pininfarina CEO, says his German company is committed to a limited production run of 150 units, selling at some €2 million ($2.3 million) each, with first deliveries expected by 2020.

Bonzanigo says the look and character of the car will be finalized according to the buyer’s expectations, with a range of options: discreet and elegant, or perhaps with a stronger and more visual impact. Preliminary views in California have drawn polarized comments from potential customers. Some love the car as it is, while others want a more bullish look.

Also present in Geneva is Milan-based Carrozzeria Touring Superleggera, established in 1926, which will unveil the Maserati Scià di Persia (Shah of Persia) 4-seat convertible. It likely will be a traditional and classic open-roof Gran Turismo powered by a 4.7L V-8 built in Modena, longitudinally installed under a long and stylish hood.

Just 15 units of the new Scià di Persia will be built, and it will be both slower and much less expensive than the Pininfarina Battista. The price has not been announced, however, and might be a confidential figure whispered only to potential buyers. Sources say the conversion from the regular Maserati GranCabrio will add to the regular Maserati price, the extra bill covering some 4,000 man-hours going into each handmade unit.