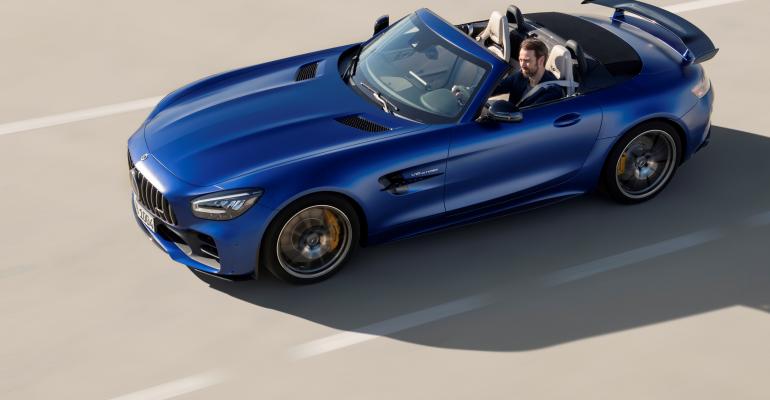 The AMG GT R Roadster is planned for North American sale by the end of 2019. Prospective customers will need to be quick to place a deposit, though: AMG plans to produce just 750 examples of its latest track-ready model.

Pricing has yet to be announced, but AMG officials suggest it will be positioned above the $159,350 of its fixed-roof sibling, in keeping with earlier GT Roadster models.

The new 2-seater is the sixteenth AMG GT model and is the fourth to be offered in roadster guise.

Among the modifications from the existing top-of-the-line AMG GT Roadster model, the GT C Roadster, is a deep new front bumper with an active air-regulation system. It uses an electric motor to open and close vertical louvers, constantly altering the amount of cooling air entering the engine and front wheelhouses.

There’s also an active aerodynamic element incorporated within the underbody, which motors forward by 1.6 ins. (41 mm) at speeds above 50 mph (80 km/h) in the new model’s most aggressive driving mode to provide it with a venturi effect and reduce front-axle lift a claimed 88 lbs. (40 kg) at 155 mph (20 km/h).

The standard front fenders have been replaced with carbon-fiber panels that add 1.8 ins. (46 mm) to the width of the front of the GT R Roadster compared to the GT S Roadster and incorporate a larger duct to extract hot air from the engine bay.

The increase in width up front is mirrored at the rear, where the new GT Roadster receives new aluminum rear fenders that extend its width at the rear 2.2 ins. (56 mm).

As with the GT R Coupe, the GT R Roadster adopts a prominent adjustable rear wing with integral third brake light (below, left). The rear bumper has been redesigned with an additional horizontal air duct and a large multichannel diffuser and a large centrally mounted twin-channel tailpipe.

The GT R Roadster’s three-layered fabric roof has been left unchanged, but now comes in an additional color.

In a bid to provide the GT R Roadster with the dynamic qualities to match its performance, AMG has fitted it with two new carbon-fiber engine bay braces to improve its overall rigidity. It also adopts a carbon-fiber torque tube claimed to increase torsional stiffness 7.5% over the GT S.

Underpinning the new AMG model is a heavily reworked double-wishbone suspension with coil over dampers. An AMG Dynamic Select function provides a choice of Comfort, Sport and Sport Plus damping characteristics.

Up front, the suspension wishbones, steering knuckles and hub carriers are manufactured out of forged aluminum in a move that provides a reduction in unsprung masses. AMG also has fitted new uniball bearings to the rear wishbones to provide greater toe-in and camber control than with the standard bushings. The standard 19-in. front and 20-in. rear forged-aluminum wheels come shod with 275/35 and 325/30 low-profile tires. 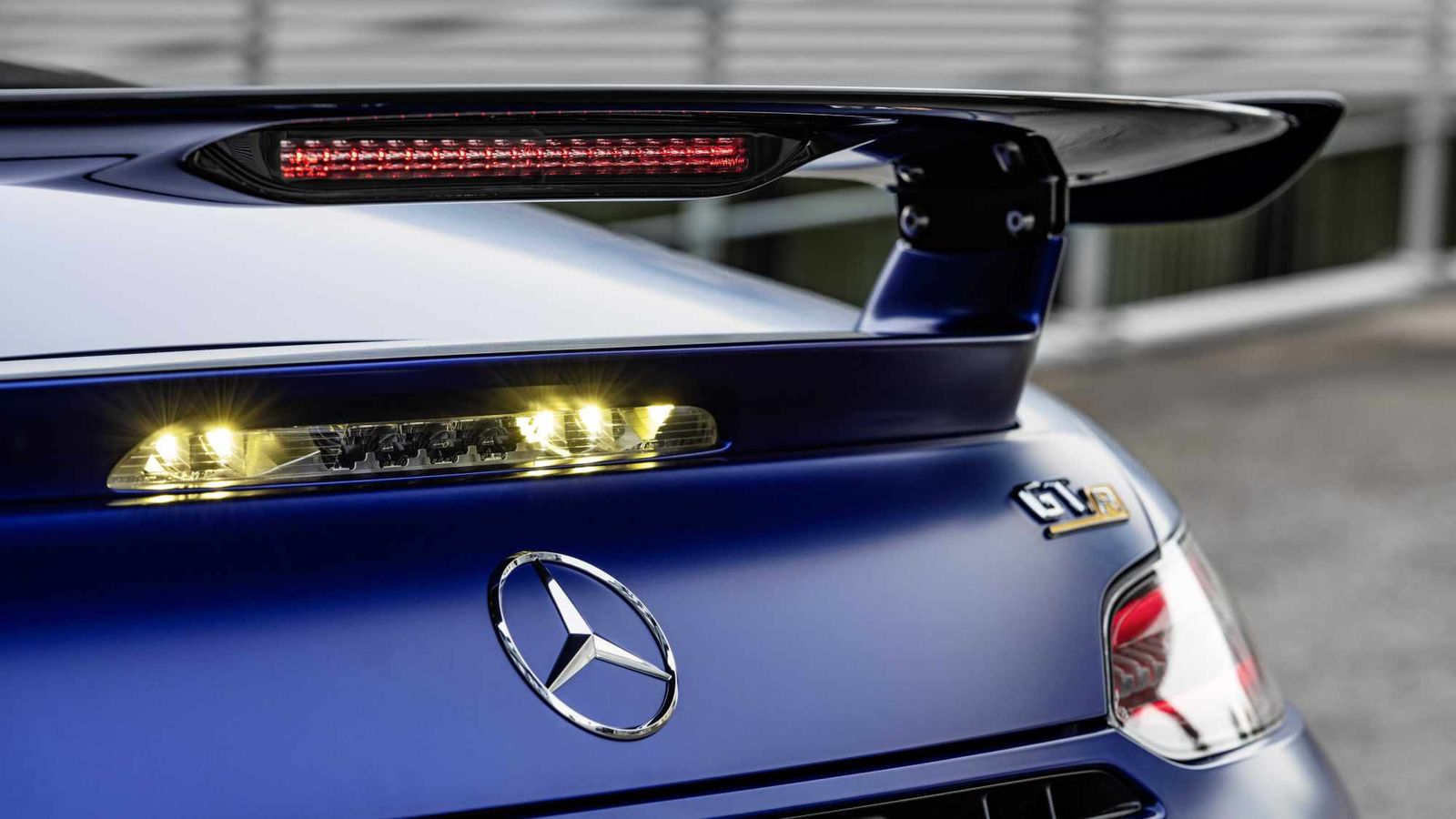 Like the GT R Coupe, it also receives reworked speed-sensitive variable-ratio front steering in combination with a rear-wheel steering mechanism.

Below 62 mph, the rear wheels are turned in the opposite direction to those at the front, to give the GT R Roadster added maneuverability and agility. Above 62 mph, the rear wheels turn in the same direction as the front wheels, for what AMG describes as “added steering response and stability at high speeds.” Two electromechanical motors are used to provide the steering effect at the rear up to a steering angle of 1.5 degrees.