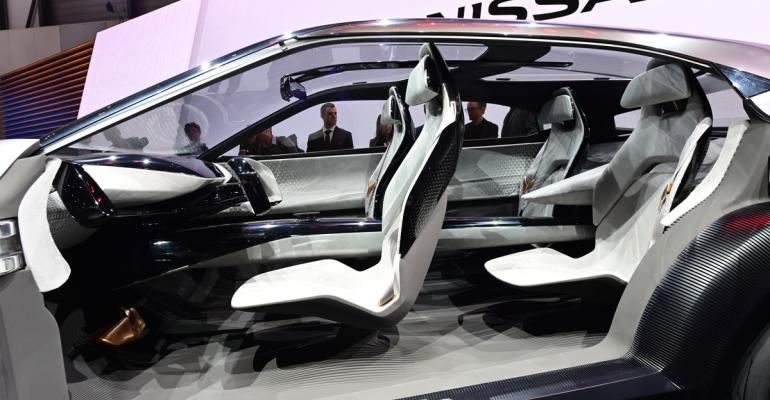 Electrification, advanced infotainment and safety technology and far-out interior design feature in vehicles from Japanese and Korean automakers debuting this week in Switzerland.

Asian automakers use the 2019 Geneva auto show to debut a raft of CUVs, many of them concepts.

Mitsubishi debuts the Engelberg Tourer all-wheel-drive CUV concept (pictured below). Named after a Swiss ski resort, the twin-motor plug-in hybrid-electric CUV has a range of 43 miles (70 km) on a fully charged battery and a total range of 434 miles (700 km), Mitsubishi says. 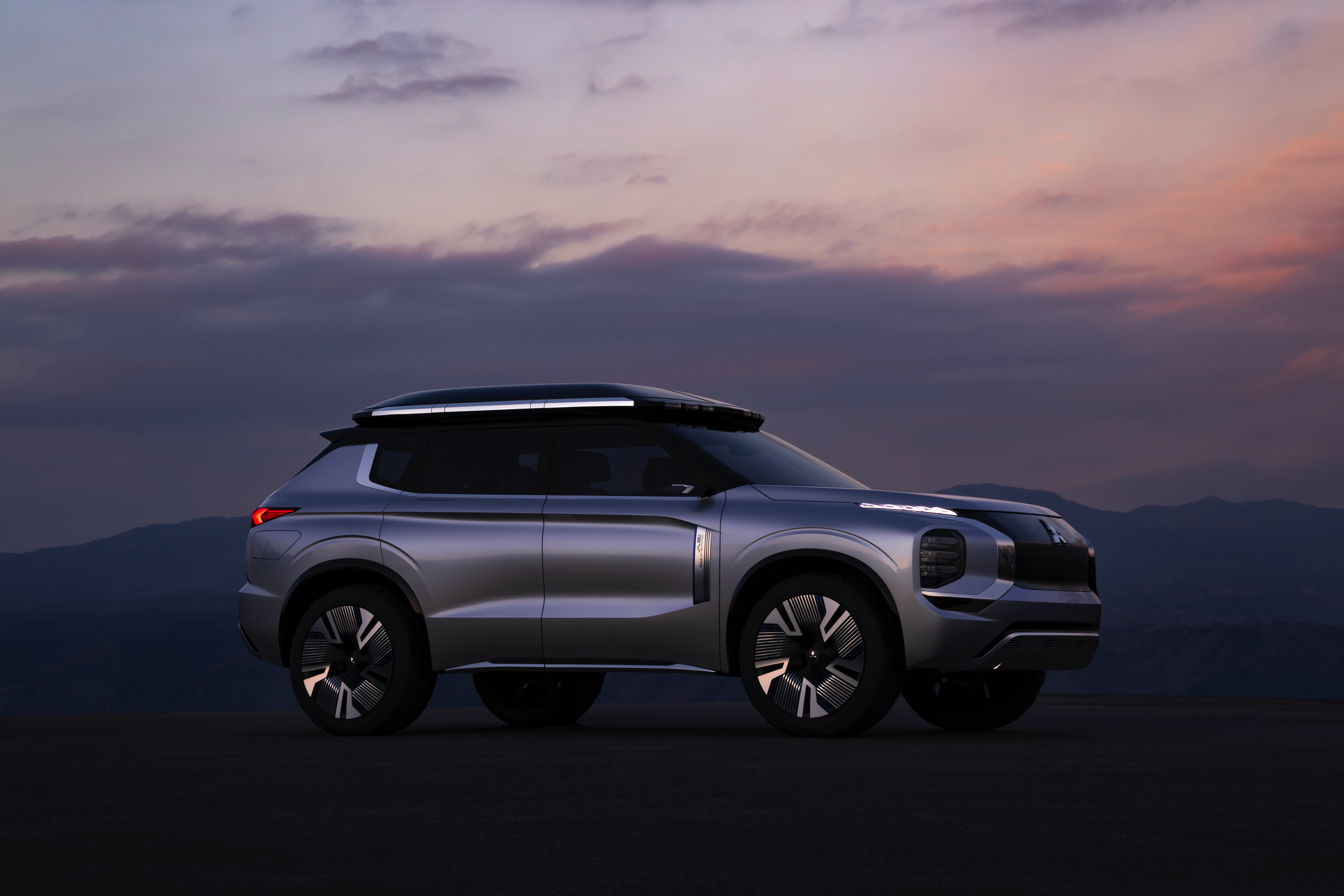 The two motors, one in front and the other in back, drive each axle, while a 2.4L gasoline 4-cyl. regenerates electricity to feed the Engelberg Tourer’s battery when the CUV is in electric mode.

Mitsubishi also debuts a home refueling system, the Dendo Drive House. Consisting of a storage battery, a bi-directional charger (which can feed electricity into a home as well as charge a PHEV or battery-electric vehicle from a home) and solar panels, Mitsubishi says the system will be available at its dealerships in select markets and the sale, installation and after-maintenance of the system can be bundled together.

“The DDH system delivers significant cost benefits,” the automaker says. “The customer can reduce fuel costs by using solar panels to generate power during the day for charging EV/PHEVs and domestic storage batteries. At night, they can reduce power costs by using a bi-directional charger to supply power from their EV/PHEV to the home.”

Nissan stages the debut of its IMQ crossover concept, meant to hint at the future design and technology direction for its CUVs.

Like Mitsubishi’s Engelberg Tourer, the IMQ is a PHEV whose power is channeled through a multi-motor AWD system. Utilizing a turbocharged 1.5L 4-cyl. and motors of unspecified output, Nissan says the IMQ has total output of 250 kW (335 hp) and 516 lb.-ft. (700 Nm) of torque. It calls the powertrain an evolution of its e-Power system in the Japanese market.

The CUV also is a showcase for advanced technology, including the invisible-to-visible tech the automaker unveiled at January’s CES in Las Vegas. Invisible-to-visible meshes the real and virtual worlds into a 3D interface. Nissan says it can be helpful to see around corners and determine traffic-jam causes, as well as add a virtual passenger inside the CUV or make a rainy day appear sunny.

The IMQ also has an advanced version of the automaker’s ProPilot advanced driver-assist safety technology, with semi-autonomous urban and highway driving made possible.

Design cues of the IMQ include a “more subtle” version of Nissan’s signature V-motion grille, chrome-edged cuts on the hood and a single-piece tailgate tucked under the rear fenders.

The IMQ has a large, 33-in. (84-cm) infotainment screen and rides on Bridgestone Connect tires that transmit tire data to the driver.

Seats, accessed via outer-hinged doors, wear a laser-cut geometric design that is repeated on the instrument panel.

Subaru shows off its VIZIV Adrenaline concept (pictured below) in Geneva. Said to wear the boldest styling yet of vehicles with the automaker’s Dynamic x Solid design language, the shapely and angular CUV features a uniquely designed roof and white accents on wheels and tires. 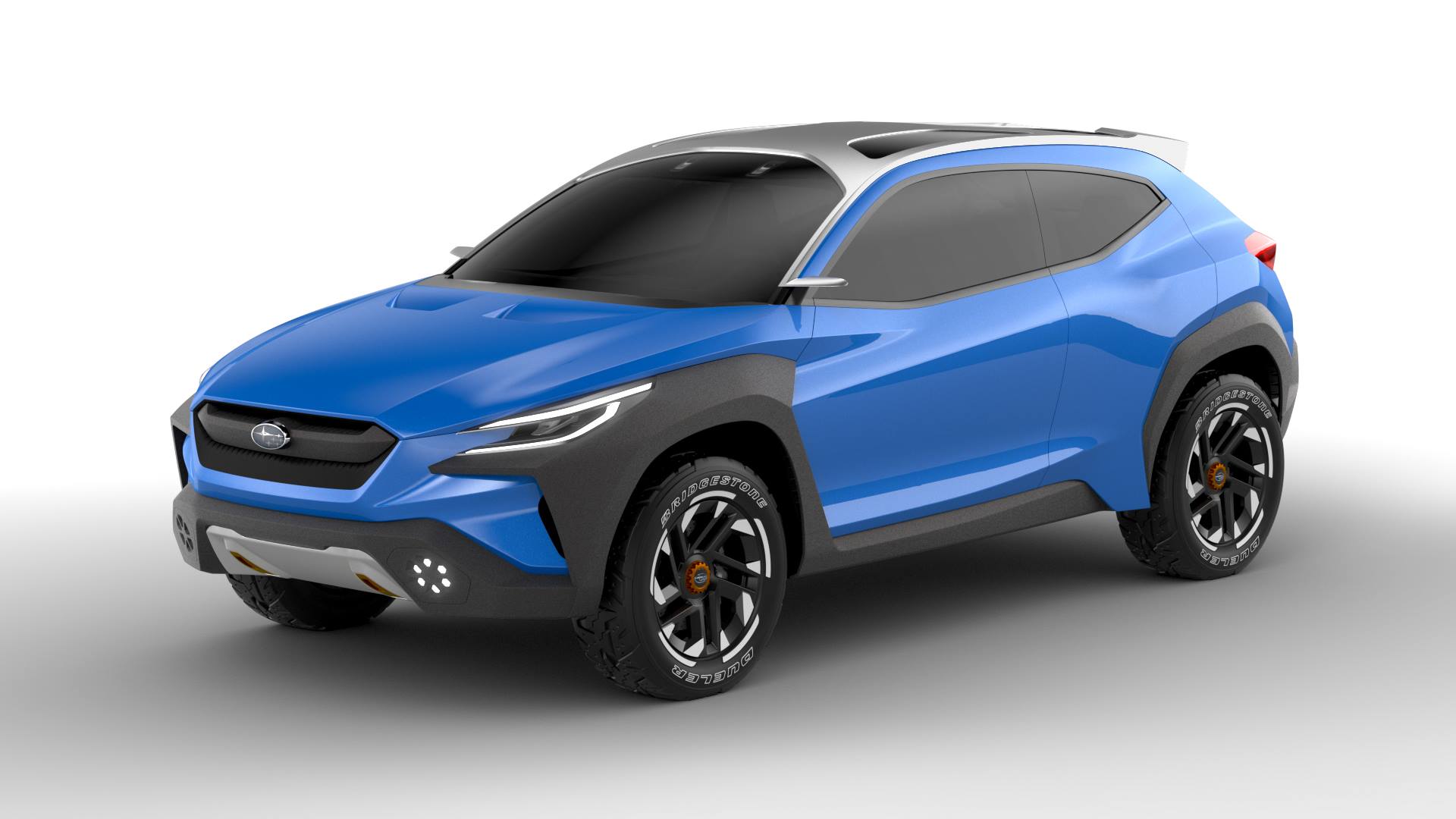 Subaru also debuts European-market production hybrid versions of its XV and Forester CUVs. As Subaru’s first electrified vehicles for Europe, the so-called “e-Boxer” variants use a 2.0L horizontally opposed 4-cyl. and an electric motor, the latter integrated into Subaru’s Lineartronic CVT. Both are standard hybrids, unlike the XV in the U.S. which now offers a plug-in hybrid variant.

Mazda debuts its new CX-30 compact CUV (pictured below), which will slot between the CX-3 and CX-5 CUVs in Europe and the U.S. The CX-30, going on sale in Europe before the U.S., has a new generation of the automaker’s Skyactiv architecture that also underpins the new Mazda3 compact car. 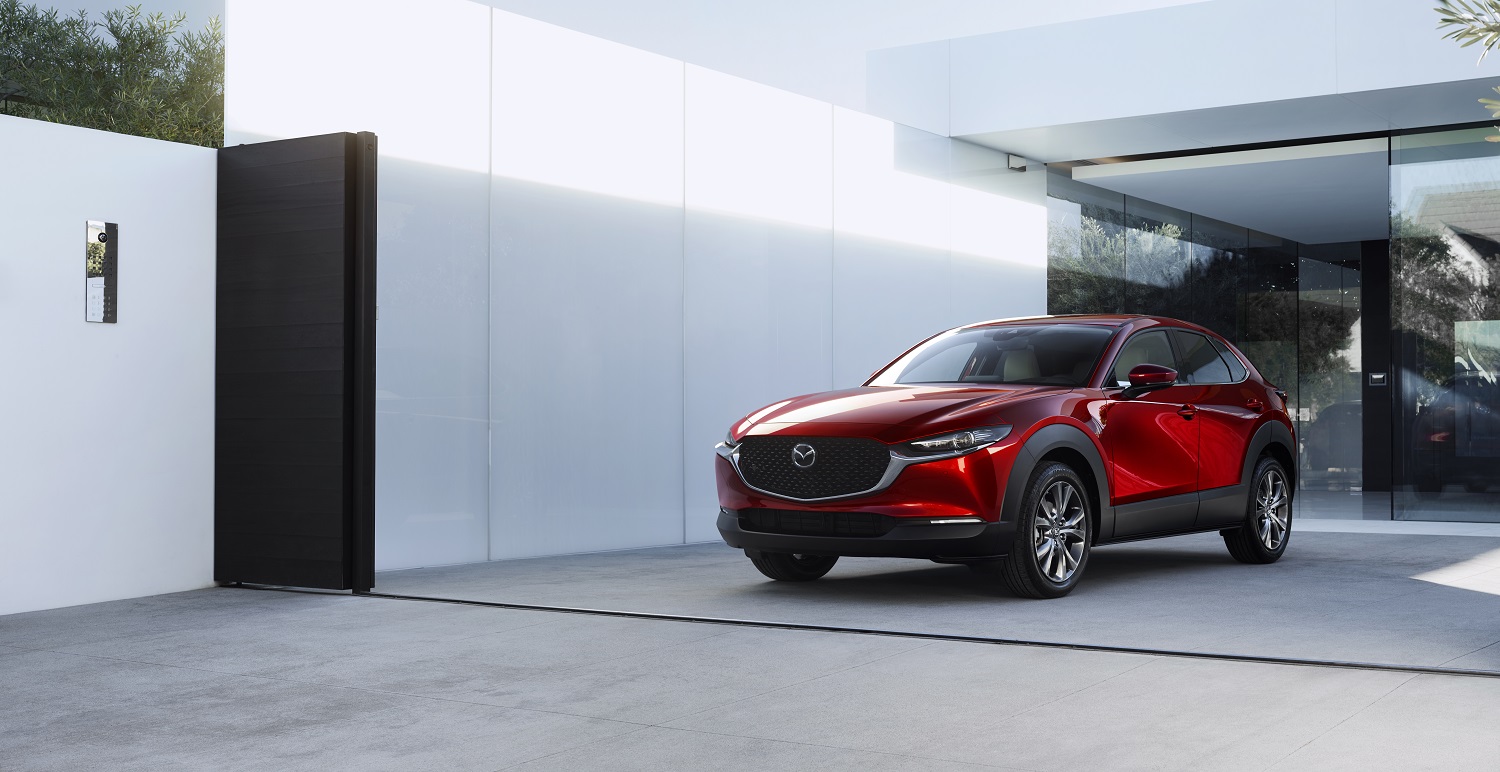 Mazda’s latest Skyactiv engines are expected to power the vehicle, including a 2.0L I-4 spark-compression ignition mill rumored to be U.S. bound in the Mazda3 in 2020.

Kia is one of the few automakers bringing a car to Geneva. The Korean brand, owned by Hyundai, debuts the Imagine by Kia electric concept car.

The sedan brings an “emotional approach” to electrification, says Kia, with human-like piercing eyes on LED headlamps with horizontal eyelids. Ruches of a different length, and positioned at a different angle, give the impression of movement on the front-air curtain and flanks.

Inside, 21 thin, high-resolution screens curve around the instrument panel (pictured below), “a humorous and irreverent riposte to the on-going competition between some automotive manufacturers to see who can produce the car with the biggest screen,” says Kia Motors Europe’s Ralph Kluge, general manager-interior design. 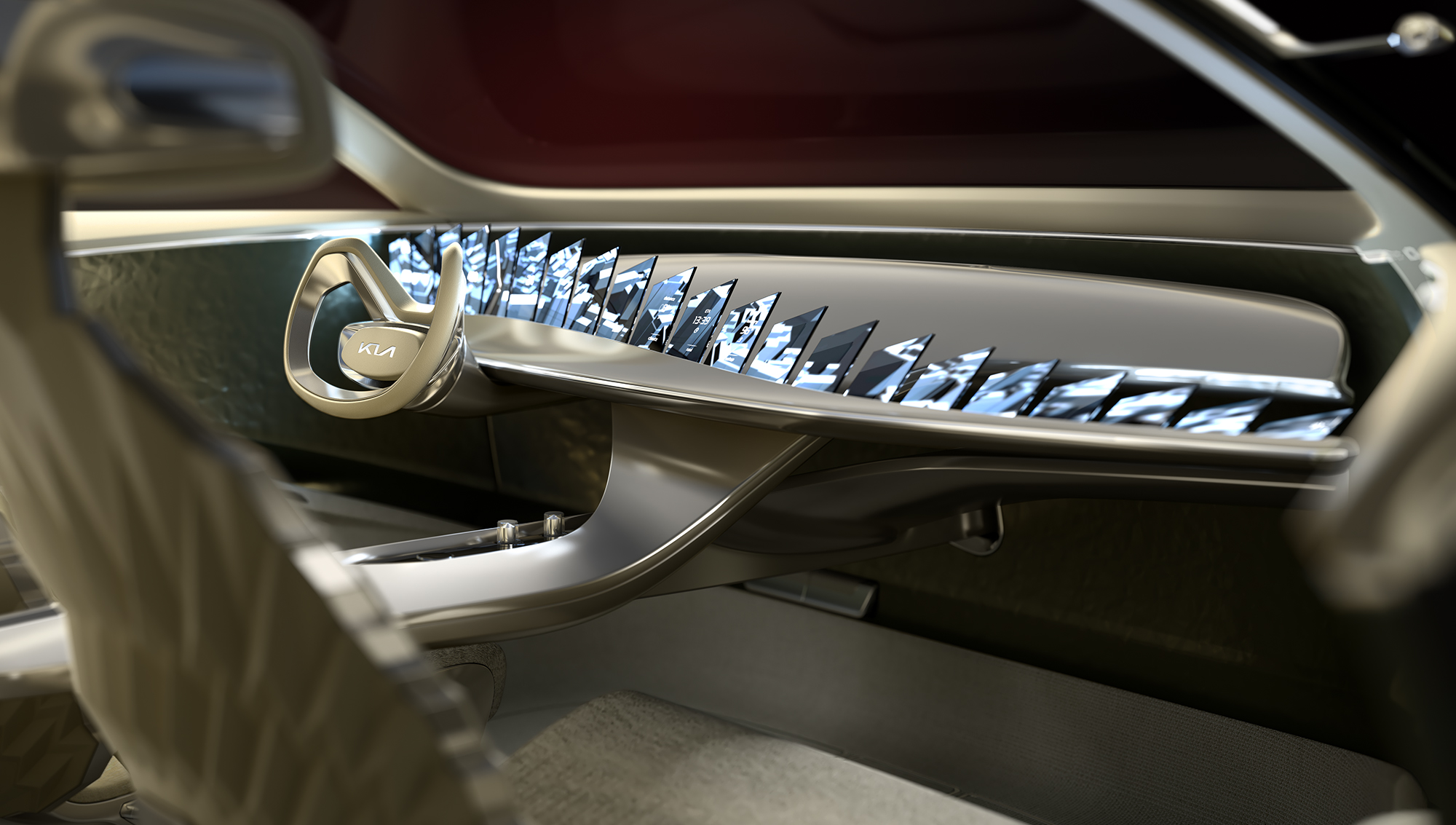 The car’s four slim seats, covered in leather and silk and with diamond cross-cut shells, are strong and supportive despite a lightweight appearance, he says.

The No.1 and No.2 Japanese automakers by volume, Toyota and Honda, also debut cars.

Toyota stages the European unveiling of the Supra sports car. The Supra, co-developed with BMW and unwrapped in January at the North American International Auto Show in Detroit, reportedly has seen its 900-unit allotment for Europe sold out for 2019.

Honda’s retro-looking Honda battery-electric concept from the 2017 Frankfurt show (then dubbed the Urban EV) debuts in prototype form in Geneva as the Honda e. The car has a 124-mile (200-km) range and can fast charge its battery to 80% capacity in 30 minutes, Honda says. 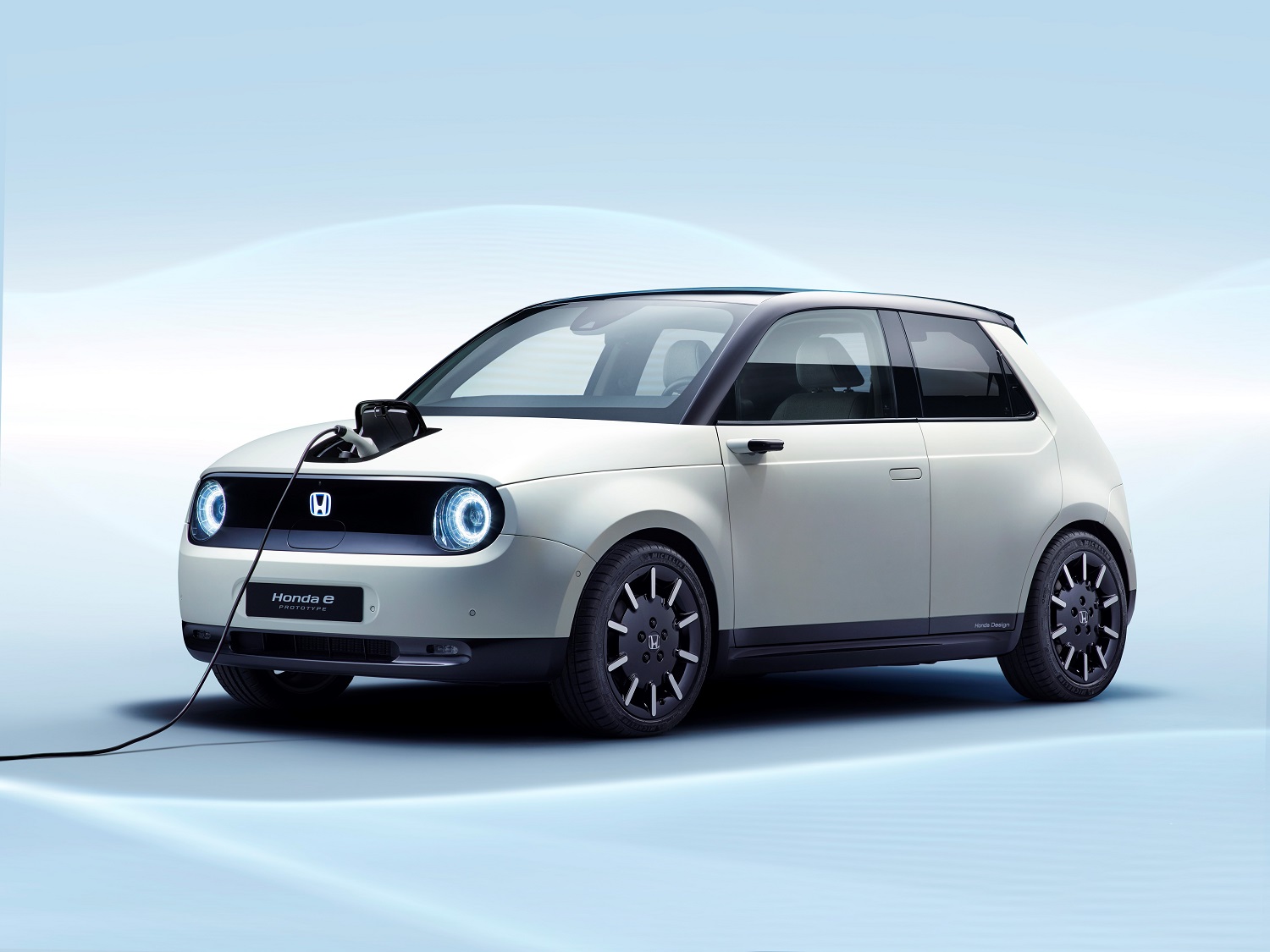 Some of the quirkiest elements of the Urban EV (a front bench seat instead of two buckets, three doors instead of five) are lost, but the car retains its retro exterior design and interior wood paneling. 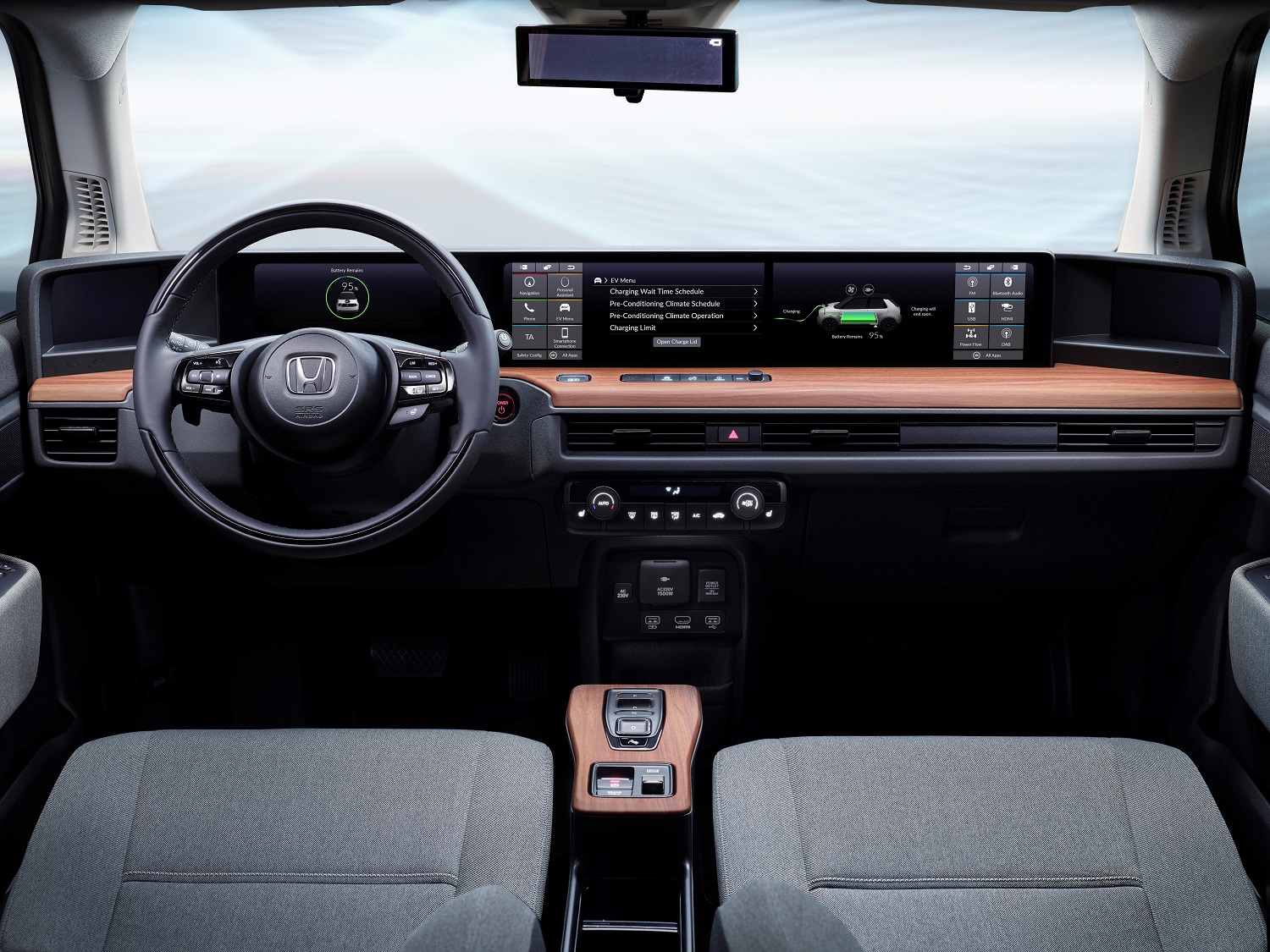