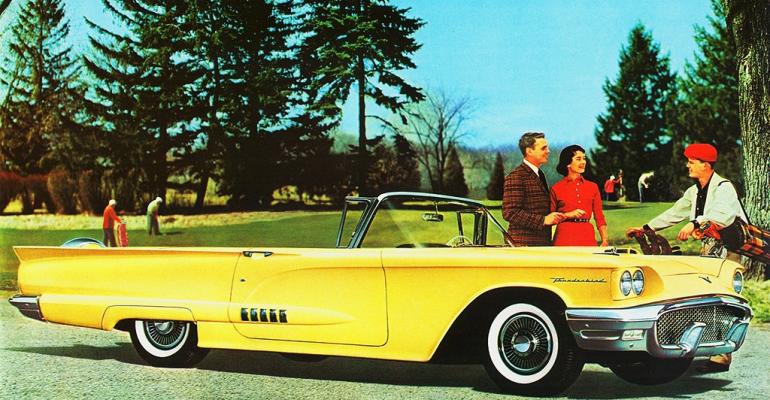 Based on Ward’s Automotive Reports data, 1947 car and truck production in the U.S. and Canada top will top 4.0 million units in late October, despite a steel shortage that has hampered production for several weeks. However, the publication says automakers will have to maintain output of at least 108,000 cars weekly through the end of the year to hit the 5.0 million mark forecast a month ago, prior to the onset of the steel shortage. Although some within the industry have advocated incorporating sheet aluminum into the construction of auto bodies to stretch the available steel supply, WAR says such a move “must be considered only emergency planning” due to problems with the differing characteristics of the two metals.

Headed by a former Studebaker vice president, Keller Motors says it will begin output of a small car by February 1948 at a plant in Huntsville, AL. The vehicle, formerly known as the Bobbi Kar, will be built on a 92-in. (2,337-mm) wheelbase chassis. Initial production will include station wagon and convertible body styles starting at $848 f.o.b.

Although publicly disavowing knowledge of its development, Oldsmobile officials have advised dealers to expect a car equipped with a new high-power overhead-valve V-8 engine in the ’49 model year. The powerplant is expected to utilize the basic principles of the Kettering high-compression engine that was exhibited in an Oldsmobile several months ago at a Society of Automotive Engineers meeting.

The all-new ’48 Hudson models were widely praised by auto writers attending recent regional unveilings. The consensus among those in attendance was that the new models “represent the best proportioned, most stylish creation yet evolved in the power-war era.” A widely expressed viewpoint was that “this type of automobile design will be imitated largely in future styling trends. An extremely low silhouette is one of the particularly attractive characteristics.”

Checker Cab Mfg. confirms plans to enter fully the U.S. car market with a variant of its taxicab. The retail models will feature the same basic styling and construction as the company’s taxis, but will have a “distinctive” name and offer all power assists featured by competitors. It will be powered by a 140-hp I-6 engine, have dual headlamps and a partial wraparound windshield. The car will be marketed through sales and service branches being set up in 35 cities around the country. The new model will be an enhanced version of the taxi-based car already being offered in limited numbers to retail buyers. That model features a flat floor and sufficient rear leg room to enable the use of a pair of folding jump seats to accommodate two additional passengers.

WAR says more applications of electric power-assist may be in the offering, some displacing hydraulic assist, as electric motors become lighter and more compact. Future applications may include an electric fuel pump, placed in or next to the fuel tank that would keep the fuel line under constant pressure, thus reducing the tendency to develop vapor lock, a growing problem with the widespread adoption of air conditioning and resulting higher under-hood temperatures. Longer and heavier doors make the idea of a power-operated open/close mechanism attractive, the publication says, while increasing lower roof lines make it appealing to incorporate an automatic movable roof section to aid ingress and egress. Electric power steering assist may make it possible to adopt automatic yaw and sideways-drift steering corrections, utilizing a gyro and accelerometer, perhaps leading to complete automatic steering on freeways and turnpikes. Go a step further, according to Ward’s, and it is easy to “picture radar control of the car to prevent accidents resulting from ‘tailgating’, or following the car in front too closely.”  The electric motor of the future probably will no longer be round in shape, it is noted, and “doubtless will not even look like an electric motor at first glance.”

A nearly 2-month long contract strike that began Sept. 7, has cost Ford at least 460,000 cars and an estimated 93,000 trucks through the end of October. Further losses are expected as the company grapples with local-contract issues after signing a national agreement with the UAW. The lack of local agreements continues to idle several plants at month’s end. In addition to Ford’s losses, American Motors reports the loss of several thousand units due to wildcat walkouts at some plants.

Also due to the strike, Ford has delayed introduction of the all-new ’68 Lincoln Continental Mark III luxury sport coupe. Designed as a rear-drive competitor to Cadillac’s successful front-drive ’67 Eldorado, the Mark III was scheduled for a Dec. 18 production launch, but now will bow until Feb. 3 due to the delayed production start. Still, Ford hopes to emulate the Eldorado’s sales performance that saw deliveries continue to rise through the traditional first-quarter sales slowdown, maintaining strong momentum through June.

American Honda expects to begin selling the 2-door N600 small car through select Honda motorcycle dealers in spring 1968. The diminutive front-wheel-drive model is powered by a 45-hp air-cooled 2-cyl. engine mated to a 4-speed manual transmission. Marketed as part of a “third car concept,” the N600 is designed mainly for city use. The 122.1-in. 3,101-mm) long car rides on a 78.8-in. (2,002-mm) wheelbase and initially will be available in just three colors: red, white and blue.

Financially troubled General Motors is rocked in late October by speculation Chairman Robert C. Stempel is on his way out. The automaker’s board of directors does nothing to dispel the rumors. Also speculated is that John. G. Smale, an outside director and chairman of the board’s executive committee, will assume Stempel’s position. GM President John F. Smith and Chief Financial Officer William E. Hogland also are named as possible replacements for the current chairman. Aside from Stempel, other executives possibly on the chopping include former President Lloyd E. Reuss and F. Allan Smith, V.P.-Operating Staffs, both of whom were removed from the board in April. In addition, rumors circulate that Oldsmobile may be shut down as part of a cost-cutting reorganization, a move denied by the division’s head John D. Rock. At the same time, GM and the UAW reportedly are negotiating a buyout package to help eliminate 54,000 of the automaker’s 270,000 hourly workers. Such a program was used in 1991 to eliminate 20,000 hourly jobs. The buyout is said to target workers at least 50 years old with a minimum of 10 years on the job. The move comes amid expectations GM will continue operating at a loss through the end of the year, following red ink totaling $7 billion in 1991. 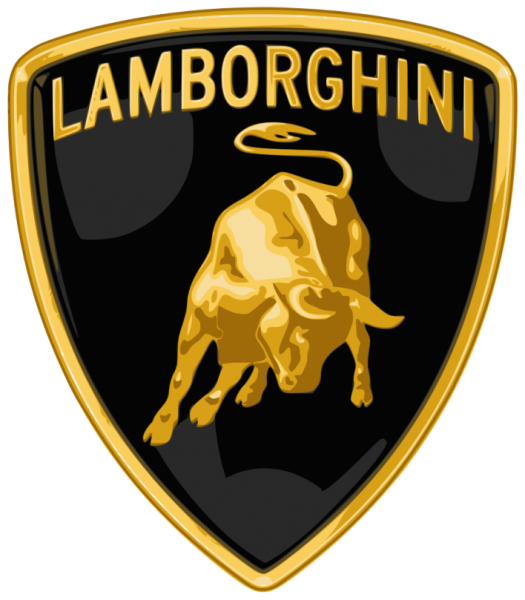 Chrysler’s luxury sports car maker Lamborghini is for sale “at the right price,” Chairman Lee A., Iacocca, tells WAR at the Paris auto show. The Chrysler executive says the company is considering offers from three groups, two Italian and one American, to purchase the troubled supercar maker that Chrysler bought in 1987 for $25 million. Production of the V-12-powered Diablo was halted in September to trim a 55-unit stockpile. When it restarts in November, output will be geared strictly to dealer orders. Plans for a lower-cost model, the P140, with a 4L V-10 engine have been mothballed.

The all-new Lincoln Mark VIII luxury sport coupe has begun rolling off the assembly line in Wixom, MI. Ford reportedly spent $175 million on a new assembly line to build the technologically advanced car as part of the $650 million spent to develop the new model. The first to use Ford’s new 32-valve 4.6L modular V-8, Mark VIII prices range from $36,640 to $41,000 fully loaded with the seven available options. When the car goes on sale Dec. 6, select dealers in New York will begin a trial program under which salesmen will bring the car to potential customers’ home for them to evaluate and purchase. In addition to sales, the program includes pickup and delivery for service and repairs. At the same time, engineers confirm work is being done to develop a convertible variant, although the official go-ahead has not yet been given.

A Ward’s forecast pegs U.S. new light-vehicle sales in model year ’93 (Oct. 1, 1992-Sept. 30, 1993) at 13.9 million units, up from 12.6 million in the just-concluded ’92 model year. However, the 10.5% increase is contingent on a mid-model-year sales upturn beginning in January. Although the Big Three have trimmed their fourth-quarter North American production plans due to weaker than expected demand, imports and transplants appear poised to make up any domestic-make volume losses. Included in the ’93 forecast are 9.0 million cars, an 11.2% gain on ’92, along 4.9 million light trucks, a 9.4% increase. Sales of LVs built in North American are forecast to increase 11%, to 10.1 million, while imports are seen rising 9%, to just over 3.8 million units.