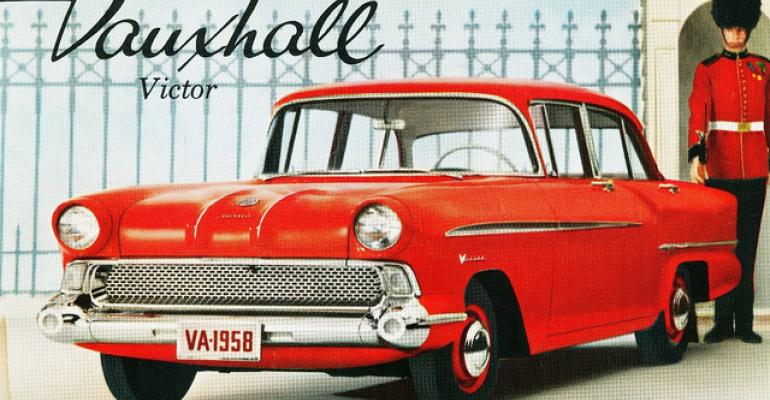 Canada’s recently implemented restrictions on ownership of foreign currency (due to the country’s scarcity of U.S. dollars) in concert with increased excise taxes may have a negative effect on U.S. automotive suppliers, according to WAR. “If such controls are to remain in effect for a prolonged term, present U.S. manufacturing of automotive parts for Canadian assembly plants may be taken over by Dominion sources, thus adversely affecting employment in Detroit and other localities.” Big Three vehicle production in Canada is largely sustained by components made in U.S. plants.

The industry is assured of achieving 5.0 million car and truck assemblies in the U.S. and Canada this year, despite lower output for week-ended Nov. 22 as a result of abnormally high absenteeism due to the opening of deer-hunting season in Michigan. If leading automakers build vehicles in December at the same rate as was slated for November, 5,040,000 units will have been assembled by year’s end, WAR says. A major factor in boosting the year-end tally was the recent decision by Chrysler to operate all of its plants for all 22 available work days in December instead of closing Dec. 4-Jan.5 for inventory. The output increase, a result of improved steel availability, means more than 100,000 workers will be paid for an additional six work days.

A system of eliminating nighttime glare, shown recently to the automotive press by Polaroid, apparently has been abandoned by a committee of automaker representatives. The move resulted from anticipated political hurdles in states to adopt the lights and the fact it would have no effect on glare emanating of the headlights of the 36 million vehicles already on the roads. Polaroid’s system, estimated to cost between $30 and $80 per new vehicle, uses a special polarizing headlamp lens working in conjunction with a similar transparent visor for the driver to eliminate glare.

Based on reports from Western Union, the introductions of ’58 model cars received record press coverage. WU says copy filed through its outlets during a recent 11-city circuit was up 30% over a year earlier and topped the amount of copy filed on the ’55 models, the industry’s last record-sales year. Ford’s 2-day Detroit-area intro set an all-time record for the amount of copy transmitted by the wire communication service. Other automakers have reported increases of 100%-400% in the amount of copy filed on ’58 models compared with the prior year. WAR also notes that members of the automotive press spent 258 hours, the equivalent of 30 8-hour days, traveling to new-model previews, test-driving cars, attending product presentations and participating in question and answer sessions with top officials.

Pontiac and Buick have inked agreements with their dealers to sell small cars imported from General Motors’ West German and U.K. subsidiaries. Pontiac says it has signed about 33% of its U.S. dealers to handle the Vauxhall Victor built by GM’s U.K. arm. Buick has inked agreements with 3,000 of its 3,500 dealers to sell the Opel Rekord built in West Germany. However, not all the signed dealers will display the cars or buy special equipment needed to service them, although “Buick’s vast nationwide parts warehousing, sales and service network will be at the disposal of the Opel owner.” GM sees the new models giving it foothold in the burgeoning economy-car segment of the market. Each brand plans to import between 15,000 and 20,000 cars, a total of 30,000 to 40,000 units, in calendar 1958.

“Olds, one of the finest engineered and built automobiles in the business, should do well in ’58,” opines WAR. This is especially true of the 88 and Super 88, models, the newsletter says, although “the 98 has in the past been a little shy on power for the added weight of its extended rear-quarter construction.” On the other hand, Buick has been encouraged by incoming orders for its new top-of-the-line Limited, “a strikingly beautiful car.”

At the same time WAR calls the new Lincoln and Continental, “Long and wide, outstripping anything on wheels in regular passenger car size ever produced by the industry. “Although they are both pleasingly styled, the Continental has design motifs that make for the unusual, and in extraordinary degree.” Labeling the Continental convertible a “styling knockout,” it says the push-button operation of the top is an “engineering feat of no small consequence,” adding, “The car’s straight-glass rear window sets a pattern for future industry designs.”

For the first time since a UAW strike commenced Sept. 7, Ford is starting to build cars again, WAR reports in its Nov. 6 issue. The automaker had two plants operating at the end of the week with 10 of 16 facilities due to be online by Nov. 10. It is estimated that Ford lost production of 460,000 cars alone during the strike. Meanwhile, GM has been hit with a series of walkouts at plants operating without a contract as bargaining for a new national agreement continues.

The federal government has issued two new tire safety standards. Effective in August 1968, tires must have tread-wear indicators that show when the tread has worn to 1/16 in. (2 mm) and must stay on the rim following a blowout at 60 mph (97 km/h) until the car comes to a stop. Also, tires must be labeled on both sidewalls with information including size, maximum inflation pressure and load rating, composition of ply-cord material and the number of plys. In addition, new cars must be equipped with tires designed to accommodate maximum loaded weight.

British Leyland plans to introduce its new Triumph TR-250 sports car on Nov. 14. Replacing the TR4, the new models is powered by an I-6 engine in place of the earlier model’s 4-cyl. and a redesigned gearbox no longer requires the driver to lift up the gear lever to engage reverse. In addition, it features independent rear suspension, a power front-disc rear-drum brake system and radial tires. However, it won’t come with the fuel injection system used in Europe, where the car is marketed as the TR5, because of difficulty meeting U.S. emissions standards.

Toyota says it plans to introduce a smaller, less expensive car in May 1968. Called Corolla, it is larger and more expensive than the diminutive Honda 600 coupe that sells for $1,300. It is part of Toyota’s plan to increase U.S. sales to between 85,000 and 100,000 units in 1968, compared with an estimated 36,000 this year. Although Toyota’s ’68 Corona car and Hilux pickup have few changes, prices will be higher due to the incorporation of new safety features required by U.S. standards.

Having ousted Robert C. Stempel as chairman in an Oct. 26 coup by a group of outside directors headed by John G. Smale, GM’s Board of Directors begins a reorganization of top management designed to make the financially troubled automaker viable. Smale, the retired CEO of Procter & Gamble, assumes the chairmanship, but the CEO title is awarded to President John F, Smith Jr., recently appointed to replace Lloyd E. Ruess, who relieved of that position. The action followed a third-quarter loss of $752.9 million. Although that was less than the $1.1 billion loss posted in third-quarter 1991, it nevertheless brought to $12 billion the amount of red ink tallied over the last 30 months.  Massive cost cutting, including plant closures and possible elimination of Oldsmobile and/or GMC, is expected toaid in GM returning to profitability in first-quarter 1993.

The Motor Vehicle Manufacturers Assn. boots Honda of America Mfg., PACCAR and Volvo North America from its membership roster in order to concentrate its efforts on lobbying on behalf of its core stakeholders GM, Ford and Chrysler. Navistar resigned its membership in late October after the future of the group became apparent. As part of the reorganization, MVMA says it is absorbing the United States Council for Automotive Research formed by the Big Three to oversee joint research efforts on a number of issues. Ironically, the move is a reversal of the organization’s position in the 1970s, when the MVMA was created out of the former Automobile Manufacturers Assn. in an effort to attract heavy-truck makers and other non-Big Three vehicle builders.

Cadillac says ’93 will be the last model year for its slow-selling Allante 2-passenger convertible. Built in collaboration with Italy’s Pininfarina and introduced in model year ’87, Allante has been used to introduce numerous innovations in suspension, body and powertrain technology. But slowing sales and GM’s need to cut costs spell the end of the line after ’93. Annual sales since introduction have averaged about 3,000 units, far below the 7,800 originally anticipated.

Siemens Automotive says it is planning a 1995 aftermarket launch for its intelligent vehicle/highway system. OEM installations are forecast to begin in 1996-97. Using infrared signals to communicate with traffic control centers, the system can reroute drivers around traffic tie-ups and heavily congested areas, potentially saving 10% in fuel usage and travel time. It is being evaluated in several urban areas, including metro Detroit and in Berlin, Germany, where it has been undergoing testing for 10 years. The system is projected to cost between $700 and $1,000, not including an estimated $10 monthly fee.