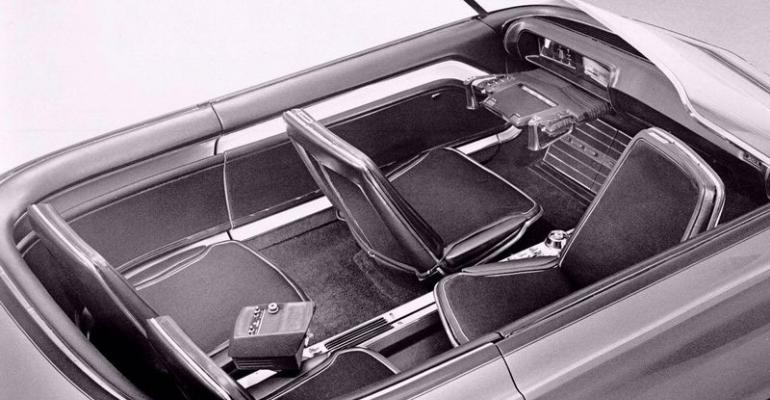 Based on Ward’s Automotive Reports weekly data, U.S. car and truck output reached a January record of 535,000 units, an increase of 19.0% from the 449,292 vehicles turned out a year earlier. The publication says January sales were the highest for any month since May 1937 and   the industry’s best January showing since 1929. The record output pumped up Jan. 31 inventory of new vehicles to 600,000 units, “considerably more than field stocks ever amounted to at any previous time in history.” In addition to vehicles in stock at dealers “at least one manufacturer is warehousing finished cars at this time, as a hedge against any future production difficulties and/or a sudden increase in demand.” 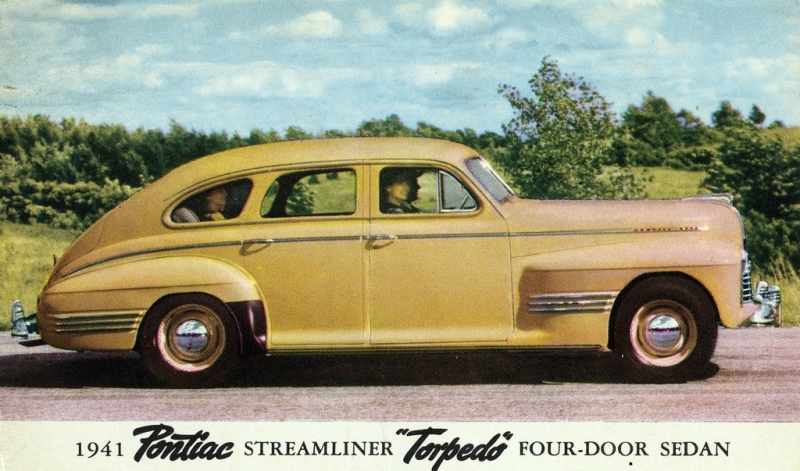 Buick and Pontiac have taken the wraps off new lower-price models. Buick’s 40 Special is available in four body styles in standard and Deluxe trim levels. Prices, excluding taxes and shipping charges, start at $915 for the standard 3-passenger business coupe and top out at $1,181 for the Deluxe 6-passenger convertible coupe. Thus far, Pontiac has priced only one of its new Streamliner series, a 4-door sedan pegged at $921.

A revenue bill working its way through Congress is likely to include an increase in the federal excise tax on the selling price of cars to 7.5% from the current 3.5%. A hike in the 2.5% tax on trucks and parts also is likely to be included in the bill, sources say.

A mid-month decision by the Supreme Court not to review a National Labor Relations Board ruling requiring Ford to refrain from anti-union practices has “opened the door” for more stringent organizing efforts by the UAW-AFL and the UAW-CIO. Prior to the court decision, Ford had shunned efforts by both unions, saying it would bargain directly with it workers.

The Tucker Torpedo, an all-new car of “revolutionary” design will be built at a former Chrysler engine plant in Chicago if negotiations with the government’s Reconstruction Finance Corp. are successful. Tucker “has made public an impressive list of executives experienced in automotive production, WAR says. Intended to sell for $1,000-$1,300, the Torpedo is to be powered by a 150-hp. 6-cyl. engine and feature a body design “considerably different from that of any car now on the market.”

Based on an analysis of’46-model car price ceilings set by the Office of Price Admin., Plymouth will feature more engineering advancement in its’46 models than Ford. The OPA has allowed Plymouth to hike prices $70-$121, depending on the trim level, for engineering advancements over ’45 models, while Ford has been allowed increases of just $18.10-$47.29. Meanwhile, having not built any ’45 cars, Hudson is being allowed to raise prices of its ’46 models between $55 and $97 over corresponding ’42 variants, with the least costly Super Six 3-passenger coupe rising to $1,085 from $1,029. At the same time, the agency has begun clamping down on “unscrupulous” tire dealers who recap worn-out and/or damaged tire carcasses with new treads and sell them for new-tire ceiling prices. OPA says the tires may fail in as little as 50 miles.

WAR forecasts U.S. and Canadian plants will build just 82,000 cars and trucks in February due the scarcity of steel resulting for widespread U.S. steel-mill strikes. The February forecast is down sharply from the 119,000 vehicles turned out in January. In addition to the steel strikes, walkouts at several General Motors component facilities have forced other manufacturers, such as Packard, to close due to lack of parts.

Based on a WAR analysis of domestic-make ’56 new-car retail prices, excluding federal and state taxes, destination fees and handling charges, the least-costly ’56 cars are the 2-door, 3-passenger Chevrolet 150 Utility Sedan and Ford Mainline business coupe tagged at $1,550 each. The lowest-price 4-door sedan is the Rambler Deluxe sold by both Nash and Hudson dealers for $1,642, while the lowest-price convertible is the 6-cyl. Chevy Bel Air at $2,115. The industry’s most expensive car is the 2-door Lincoln Continental Mark II hardtop at $8,800. Cadillac’s rival Series 62 Eldorado Biarritz convertible and Eldorado Seville 2-door hardtop are tagged at $6,014 each.

Chevrolet’s redesigned ’56 Corvette reportedly will be available at dealers March 1, following a slow production launch in January. Although its base retail pace is $2,900, Buyers are required to purchase a $284 “kit” combining  dual 4-bbl. carburetors, a hydraulic folding top mechanism, windshield washer, courtesy lights and a parking-brake warning light. Prices, including all available options, top out at $3,937.

Michigan widened its leadership in U.S. truck production in 1965, according to WAR, building 490,626 units, up from 384,941 the prior year. Output in neighboring Ohio, although still No.2, slipped to 317,721 units from 346,932. Boosting Michigan output was a decision by Ford to transfer truck production from its Lorain, OH, and Chicago facilities to an expanded Michigan Truck Plant in Wayne. Ohio’s second-place position now appears threatened by the opening of a new Chrysler truck facility in St. Louis, MO, late this year. When in full swing, the Chrysler plant could boost Missouri into second place ahead of Ohio, the newsletter opines.

All ’67 model cars sold in the U.S. will feature an energy-absorbing steering column and a dual brake system in which front and rear brakes operate on separate circuits to prevent total loss of braking. The changes are being made in accordance with new requirements set forth by the General Services Admin. Already the industry has made 17 safety-related equipment changes on ’66 cars to meet GSA regulations. At the same time, GM says it will offer factory- or dealer-installed front-seat shoulder belts on all of its cars built after March 1. 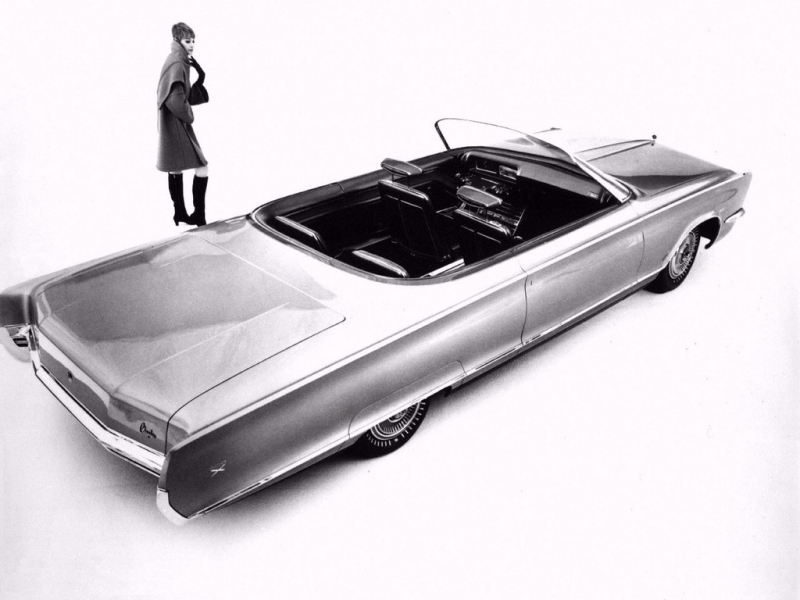 Among the “idea” cars to be displayed at the upcoming Chicago Auto Show is the Mercury Astron, featuring a glass roof treated with a light-sensitive material that automatically darkens in bright sunlight. Also to be displayed is the Chrysler 300 X equipped with a hand-grip steering mechanism, swivel seats with rubber-diaphragm suspension in place of springs and adjustable air cells, “key-punch” operation of door locks and ignition, and two TVs, one for passenger entertainment and one replacing the rearview mirror. Chrysler says all 300 X innovations are feasible for future production vehicles.

The Persian Gulf War has combined with an already weak U.S. economy to produce a dearth of new-car buyers, forcing automakers to trim their first-quarter 1991 North American output plans. January-March production now is set at 2,198,000 vehicles, 9.0% below the 2,396,000 units built in like-1990. And indications of further reductions in the second quarter potentially mean first-half vehicle output could fall 500,000 units under that of the prior year. Percentage wise, trucks are taking a more severe beating than cars, with the January-March truck slate 13.3% below like-1990, following an 11.7% shortfall in October-December. In comparison, first-quarter car output is set at a level 5.1% less than that of the prior year after posting a 9.9% fourth-quarter deficit.

Pontiac general Manager John Middlebrook says he hopes to hike Bonneville sales to 100,000 annually once the redesigned ’92 model hits the streets in late summer. That would be a significant gain from the 68,686 units sold in 1990. A 10% rate is seen for the new SSEi high-performance variant powered by GM’s new 195-hp supercharged 3.8L V-6 that also will be available in the restyled Buick Park Ave. Ultra. The Bonneville will be assembled on an upgraded H-body platform at Wentzville, MO, alongside the Olds 88.

Vanishing profits have prompted Standard & Poor’s to downgrade the credit ratings of General Motors, Ford and Chrysler. Although GM and Ford were downgraded two steps, they remain investment grade, while Chrysler was lowered to “junk” status. The downgrade will cost Chrysler an estimated $28 million in higher mortgage payments on its new Technical Center. Moody’s also has lowered Ford’s credit rating a notch and dropped Chrysler to junk status, but has not downgraded GM.

Despite its financial difficulties, Chrysler says it will launch output of its Dodge Viper high-performance sports car in November, two months earlier than planned. Viper will be built at the automaker’s New Mack Process Development Center in Detroit. It will be powered by a new 400-hp V-10 built at Chrysler’s Mound Rd. engine plant. Styling will differ only slightly from the Viper concept car unveiled in early 1989.