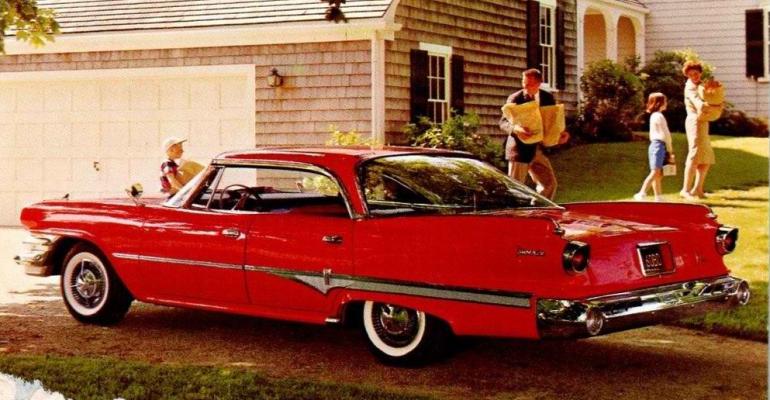 “Driving or even riding in a ’50 Studebaker provides convincing evidence of the superiority of the company’s new automatic transmission over similar devices offered by other manufacturers,” Ward’s Automotive Reports tells readers in its Dec. 12, 1949, issue. Developed jointly with Borg-Warner, the gearbox will be offered as on option on Studebaker cars after April 1, 1950. Utilizing a 3-element torque converter, the unit features “finger-tip” gear selection, a “rocking” mode to facilitate getting out of snow or mud and eliminates creep when the car is stopped. With a dry weight of 220 lbs. (100 kg), the transmission has its own cooling system, a mechanical parking brake and provides second-gear down-grade engine braking. The absence of slippage in high gear and a numerically lower rear-axle ratio enhance fuel economy.

Views expressed by the retiring president of Packard Motors to the effect that gas turbine engines will power passenger cars within 10 years are not shared by others in the auto industry. One General Motors research specialist tells Ward’s the turbine’s space requirements, high exhaust temperatures and poor operating efficiency preclude its adoption for the foreseeable future. Other automotive engineers express similar opinions, saying that when the modern high-compression gasoline engine reaches the intended 12.5:1 compression ratio, it will be the most efficient powerplant design, one the turbine cannot compete with. Meanwhile, the newsletter says recent reports that new Chrysler engines of the U-8 and I-6 variety are in the tooling stage are premature.

A production decline is seen for 1950. Passenger-car output may drop as much at 12% from the 5,140,000-unit 1949 year-end tally estimated by WAR, while truck assemblies could decline by up to 25% from 1949’s 1,135,000 completions. As much as 66% of 1950 output is likely to be completed in the first half of the year. Two-shift operations, overtime and 6-day workweeks are slated at many plants in the first quarter to rebuild currently low dealer inventory. However, new-vehicle stocks may become too high by the end of March, the newsletter says, requiring well-trained sales personnel to dispose of the surplus. Dealers face danger if they are unprepared for that eventuality and some may resort to questionable business practices such as price-cutting and over-allowance on trade-in values. Carried too far, this could hurt overall industry sales in addition to ruining the individual dealer.

A device to control crankcase fumes will be installed as a “mandatory option” on ’61 models sold in California. Research sponsored by the Automobile Manufacturers Assn. shows crankcase fumes account for a “substantial” portion of total hydrocarbon emissions from an automobile. The fume-control device channels crankcase “blowby” into the intake manifold where it is drawn into the engine and burned.  Cost to consumers is said to be less than $25. Similar equipment has been is use for several years on some taxis, trucks and military vehicles used in California. The industry is continuing intensive development of a means to effectively eliminate the discharge of all volatile gases from engine exhaust.

Output of Dodge’s lower-priced Dart line is soaring. New in the ’60 model year, production of the 118-in. (2,997-mm) wheelbase Dart totaled 43,000 in September-November, a 173,000-unit annual rate. Dart accounted for 69% of total Dodge car production in the 3-month period. The strong output pace was established despite the negative effects of the steel- 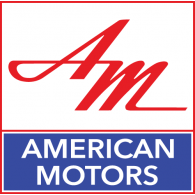 American Motors will seek approval at its Feb. 3, 1960, stockholders meeting for a three-to-one stock split. AMC reported a record profit of $60.3 million in its fiscal year ended Sept. 30, 1959. That was more than double the prior year’s $26 million earnings. AMC also has declared an extra year-end dividend of $0.60, bringing the total payout this year to $2.40 per share. In addition, the automaker paid a 5% stock dividend in January, its first dividend, excluding Kelvinator appliance operations, since it was formed in 1954.

An oil-cooled heavy-truck disc-brake system has been developed by Auto Specialties Mfg. One volume heavy-truck maker testing the Ausco unit reportedly soon will adopt it for production vehicles. Lining and friction surfaces are completely immersed in oil that is constantly circulated through the unit with heat generated during braking transferred into the engine cooling system via a heat exchanger. The sintered-iron brake lining is said to last up to 300,000 miles (482,803 km), while an automatic adjustment feature reduces maintenance.

Bendix says the use of an electronic fuel-injection system is a high probability on one or two ’71-model U.S. cars. By the ’74 model year the supplier anticipates EFI will be standard on nearly all GM, Ford and Chrysler cars. Development initially is aimed at large-displacement engines with an experimental system installed on a ’68 Ford Thunderbird. Bendix says it can get an EFI system into production in nine to 12 months and expects to begin tooling and facility expansion in the near future. The supplier, which holds a worldwide patent in basic FI engineering, tells WAR it was prepared to manufacture fuel-injection systems in volume back in 1958. However advanced carburetor designs negated the need for FI at that time. The advent of smog laws like those in California, which likely will be followed by similar federal regulations, are increasing demand for EFI.

Import-car sales are expected to reach a new record in excess of 1.0 million units in 1969, up from the prior benchmark of 939,017 set a year earlier. Sales already have beaten the 1968 tally with deliveries totaling 947,251 through November. Although Volkswagen will again lead the import market, this year’s East Coast dock strike along with the introduction of the competitively priced Ford Maverick, will prevent the German automaker from besting its 518,536-unit 1968 record, Ward’s says. Still, it marks VW’s 19th consecutive U.S. car-sales increase. Other imports, including Toyota, up 78.7% so far; Opel, up 11.8%;  Datsun, ahead by 52%; British Leyland, with a 15% gain, and Fiat, up 40.8%, will reach record sales levels in 1969.

By the time U.S. and Canadian UAW contracts with GM, Ford and Chrysler expire Sept. 14, 1970, union membership is expected to total 700,000. The UAW strike fund, forecast at $96.6 million by the time negotiations begin next summer, will place the union in its best-ever position to sustain a prolonged strike. In comparison, the UAW had just $60 million in its strike fund when the last Big Three contract talks began in 1967.

The OEM 8-track stereo tape player, first introduced by Ford in model year ’65, has seen ups and downs but now is expected to experience steady growth. Motorola, supplier of all 8-track players to Ford and AMC as well as 50% of Chrysler’s installations, forecasts modest growth in ’70, but forecasts steady increases for several years after that. Ford’s options programs mnager says the retail value of home and auto 8-track players and music cartridges will increase from $625 million in 1969 to more than $2 billion in 1972.

The Environmental Protection Agency has granted several diesel-engine waivers from the 1.0 gram-per-mile NOx standard for ’81 and ’82 models. GM’s revised 5.7L V-8 diesel was granted a waiver to 1.5 gpm as was naturally aspirated and turbocharged variants of Mercedes’ 3.0L I-5. Mercedes’ 2.4L I-4 diesel was OK’d for 1.25 gpm. VW I-4 engines of 1.6L, 1.8L and 2.0L displacement; three new GM diesels, including a V-8 for heavy-duty pickups, a V-6 and an I-4 (likely from Isuzu), were denied waivers. Volvo’s 2.0L I-4 and two Peugeot engines also will be required to meet the 1.0 gpm regulation. The number of new diesel-engine programs being undertaken speaks to a bright future for oil burners in the U.S., opines WAR. In the first 11 months of 1979, diesels accounted for 2.5% of the U.S. new-car market, more than double like-1978’s 1.1% rate. The increase was due in part to regional gasoline shortages resulting from a moratorium on oil imports from Iran in response to the hostage crisis. 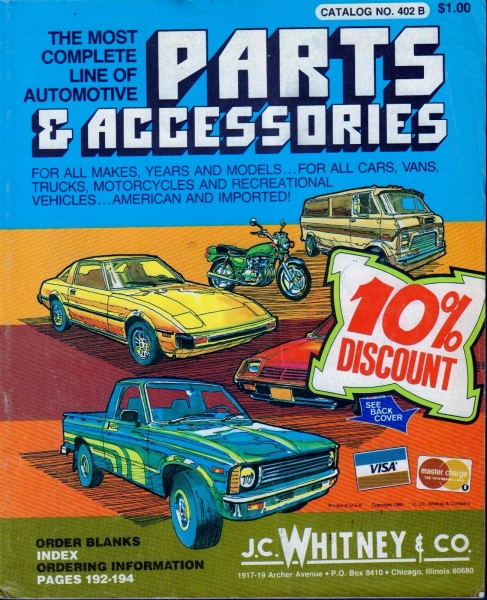 Aftermarket parts and accessories retailer Warshawsky & Co., which also markets its wares under the popular J.C. Whitney moniker, has published its 60th anniversary mail-order catalogs despite ongoing Chapter 11 bankruptcy proceedings. The company emphasizes that not only is it still operating, but has expanded its warehouse space and installed a new computer system to better handle increasing orders.

Renault and Volvo have concluded an agreement for joint component development that gives the Swedish automaker access to the French firm’s small-car expertise. Under the deal, Renault could acquire up to 20% of Volvo’s car operations. Volvo, Renault and Peugeot-Citroen already have a joint venture building V-6 engines used in all of their top-of-the-line models.

Saudi Arabia has raised light-crude oil prices by an average of $6 per barrel to $24 in advance of an upcoming OPEC meeting. At the same time, reports from Washington indicate a federal gasoline tax hike of 50 cents per gallon is being given serious consideration as a means of holding down fuel consumption. However, critics of the tax point out a proposed 18-cents-per-gallon surcharge was blamed for ousting Canada’s Conservative government in November. Meanwhile, gasoline prices in Michigan remained at record highs for a fifth consecutive week. The price of leaded regular averages $1.08 per gallon along major travel routes, according to the Automobile Club of Michigan. Unleaded regular retails for $1.17.

GM expects big things from its new line of ’90-model front-drive GMT-200 vans. Chevrolet (Lumina APV), Pontiac (Transport) and Oldsmobile (Silhouette) are sticking with their earlier forecasts calling for combined output of 163,000 units in the ’90 model year despite the current market downturn. Chevrolet, which geared up advertising in September, expects to build 80,000 APVs in ’90. Olds, which begins a major campaign during the Super Bowl, forecasts 33,000 and Pontiac projects 50,000 units.

WAR tells readers it has learned Bosch has developed an electric power-steering unit. Steering assistance is provided by an electric motor geared to the steering shaft. The electric servo is smaller, lighter, simpler and less costly that the pump and attendant hardware used in hydraulic systems. It includes a self-monitoring feature and a safety switch in case of failure. 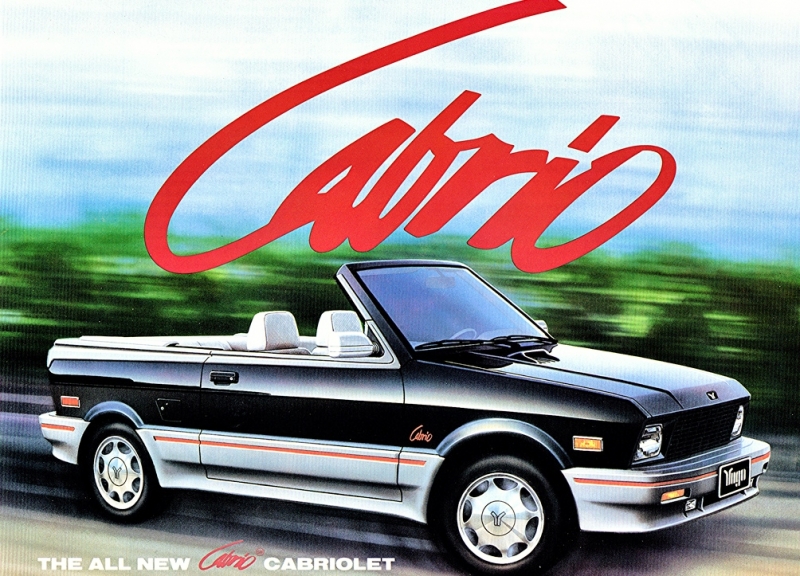 A “smorgasbord” of midyear models is headed for dealer showrooms in spring 1990, many of them being unveiled at Detroit’s North American International Auto Show in January. Among the offerings is Chevy’s redesigned ’91 Caprice large sedan and wagon along with 4-door S-Series Blazer/ GMC Jimmy compact SUVs. Also appearing at NAIAS are facelifted Chevy Camaro and Pontiac Firebird sporty cars. Convertible versions of the Chevy Beretta and Metro, as well as the Olds Cutlass Supreme, also will be unveiled. A spring debut is set for Mercury’s new Australia-built Capri specialty convertible, as are ’91-model Ford Escort/Mercury Tracer small cars. Although its on-sale date has been moved to June/July, Dodge still plans to unveil at NAIAS its new Monaco version of the Renault-based Eagle Premier car Chrysler acquired in its takeover of AMC, along with a new A-body Chrysler 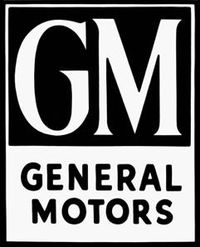 General Motors and Saab-Scania have reached an agreement allowing GM to buy a 50% stake in Saab’s car operations for $600 million. The deal includes joint-venture operation

of Saab’s three car assembly plants and an engine plant all of which eventually will make cars and powerplants for both Saab and GM Europe. Saab’s assembly facilities have an annual capacity of 200,000 cars although they have been building 110,000-130,000 units in recent years.