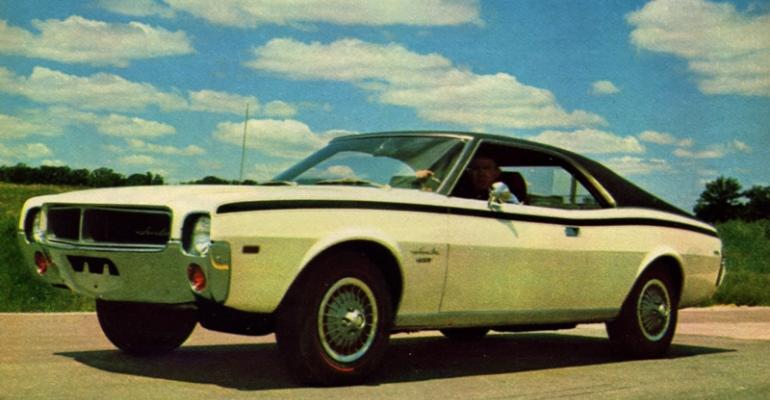 An article in Ward’s Automotive Reports’ Aug. 9, 1947, issue says production of the Davis, an all-new 3-wheel car, is set to begin within 90 days. Exhibited at the recent Los Angeles auto show, the car uses aviation design principles, carries four passengers, weighs 1,328 lbs. (602 kg) and is expected to sell for $995, excluding destination charges and taxes. Built by Davis Motorcars, it is powered by a 60-hp Hercules 4-cyl. engine and yields fuel economy in the range of 35-40 mpg (6.7-5.9 L/100 km) in city driving. Designed by a group of aviation engineers, the Davis features an aluminum body composed of 26 separate replaceable and interchangeable panels set on a tubular frame.

A heat Midwest heatwave and continued labor strife have cut more than 20,000 units of production early in the month. Among the most serious of the labor issues, the now-tentatively settled strike at Murry is said to be largely responsible for August’s output plan being reduced from 450,000 cars and trucks in the U.S. and Canada to 417,000. And that assumes Murry plants will be back in full operation by mid-month. Meanwhile, excessive heat in the Midwest forces several Detroit-area auto foundries, welding operations and painting facilities to reduce work hours.

The tentative contract reached by the UAW with Ford remains unratified as bargainers continue trying to hammer out details of the pact’s retirement plan. Although the union says Ford’s most recent proposal does not meet the criteria in the master agreement, the automaker counters its plan makes 90% of its 107,000 hourly workers eligible to stop work at the “normal” retirement age and receive payments equaling 40%-70% of their average monthly income for life.

Attorneys for automaker Tucker reportedly are in California attempting to persuade the state’s securities commission to reverse its ban on the sale of the company’s stock. California, one of two states (the other being Michigan) that have refused to allow the stock sale, is seen as important to Tucker’s ability to raise the $15 million capitalization necessary to move forward with full production of the unique cars. 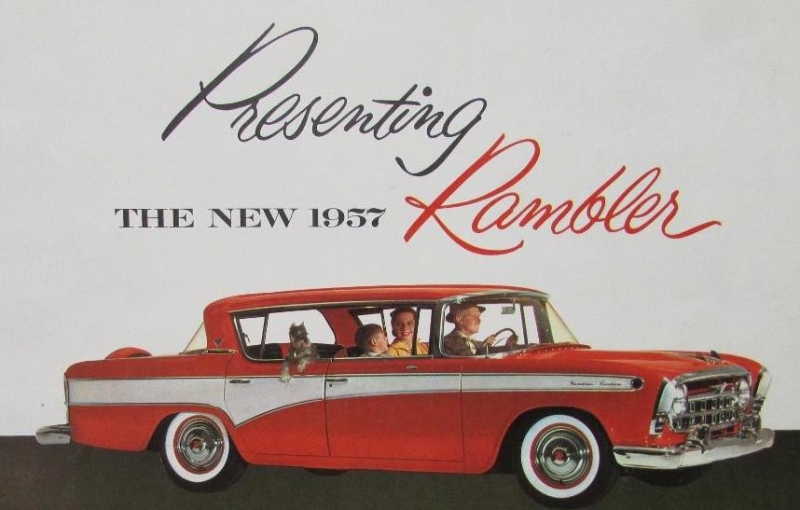 American Motors has signed franchise agreements with “more than 100” GM, Ford and Chrysler dealers to sell its Rambler and Metropolitan cars. Oldsmobile dealers are said to account the largest number of these outlets. Growing buyer interest in smaller, less costly cars and the need for offerings in a broader price range are cited as the major reasons for the move by the GM franchisees.

Kaiser Jeep will make in-house the V-6 engine it has been buying from GM at a new $6 million plant in Toledo, OH scheduled for completion by year’s end. GM sold the tooling after it decided to discontinue use of the engine in the Buick Special effective with the ’68 models, but will continue supplying engine blocks. The V-6 is optional in the Jeep Universal and Jeepster.

Big Three researchers have arrived at an “apparent meeting of the minds in suggesting a hybrid approach to the development of an electric car,” according to WAR. “The only difference in their thinking appears to be that GM and Ford are leaning toward the use of a small-displacement internal combustion engine to recharge the batteries and/or supplement the electric motor when extra power is needed. Chrysler is inclined toward the use of small turbine-powered generator for recharging the batteries.” In a recent presentation to the Intersociety Energy Conversion Engineering Conference, GM said, “The hybrid appears to be the only type of electrified car that could possibly achieve widespread use anytime in the decade of the 1970s.” Such a car would have a battery capable of providing peak power for short-distance requirements and the electric motor would act as an automatic transmission. The automaker also said it does not believe an electric car needs to be developed only as a means to reduce air pollution since “present and anticipated internal-combustion-engine emission controls will reduce automotive air pollution to below levels being sought.” The electric car will have to win a place in the market based on other merits, GM says.

According to Borg-Warner’s Marbon Chemical Div., mass production of plastic-bodied cars is not too far away. “That one of the Big Three automakers is greatly interested was more than hinted at last week’s dedication of the company’s new Centaur Engineering facility in Mount Clemens, MI,” WAR says. Borg-Warner officials predict worldwide use of “heavy-duty” thermoplastics will more than double to 1 billion lbs. (454 million kg) annually by 1972. B-W’s outlook for hard-formed plastics in the auto industry contradicts a longstanding contention that plastics are cheaper to use in low-volume applications than in mass production where sheet steel always has held cost advantages, Ward’s says. That aside, the supplier says tooling costs for an ABS plastic car in production volume would be $619,000 compared with 10 times that amount for fiberglass and 50 times as much in sheet metal.

The recent development of reliable mini-circuits may lead to the introduction of new safety features, engineers familiar with the devices say. Among the possible applications is a “radar” device capable of detecting unseen objects in adverse weather conditions and/or darkness and warning the driver of the impending danger. Another application involves a system that would vary the line pressure applied to each wheel, preventing loss of control due to locked brakes. Also seen are wipers that automatically change speed according to rainfall intensity and elimination of the distributor, thereby improving engine efficiency and fuel economy while reducing the need for tune-ups.

Ford may be readying aluminum bodies for next-generation Taurus and Sable cars due in model year ’96, supplier sources say. Code named DN101 the program reportedly is one of two under development, the second including an aluminum substructure similar to a spacefame. Some component makers are skeptical the aluminum cars will come to fruition due to excessive cost and the volatile price of aluminum. Also, they say, Ford has chosen sheet molding compound for major panels of future models such as the hood of the ’94 Mustang. Still, Ford already is the most aggressive automaker in the use of aluminum body panels, including some 350,000 Ford Crown Victoria, Mercury Grand Marquis and Lincoln Town Car hoods. Ford predicts it will have an average of 315 lbs. (143 kg) of aluminum body panels on its cars by 2005.

“We didn’t want to produce an ‘in-your-face’ product,” Toyota Motor Sales U.S.A.’s James Olsen, vice president-external affairs tells WAR at the unveiling of the automaker’s all-new T100 big pickup that goes go on sale in November. It is part of an effort to “ease” into the large-pickup market dominated by GM, Ford and Chrysler without attracting undue criticism in an election year. Thus, while the T100 offers a car-like ride and features more aerodynamic styling than its rivals, it will be offered only as a 3-passenger standard-car model powered by a 3.0L V-6. Billed by Toyota as a midsize pickup, the new model is only 4-ins. (102-mm) shorter, narrower and lower than fullsize Chevy, Dodge, Ford and GMC models. It will be available in 2- and 4-wheel-drive variants in standard and SR5 trim levels. At the same time, Toyota acknowledges recent reports it is negotiating with GM to obtain the rights to make a V-8 engine and possibly co-market a version of the T100.

Audi AG Chairman Ferdinand Piech is said to favor a North American assembly plant for a new “entry level” car to be sold in the U.S. after 1995. The new car reportedly may share major components with Volkswagen’s Golf and Jetta and is aimed at a market segment below any current Audi offering. Although some insiders say VW’s Puebla, Mexico, facility could build the new car, it would require significant investment and Piech is known to favor a U.S. site. He reportedly is pushing for development of a lightweight model capable of achieving fuel economy as high as 78 mpg (4.9 L/ 100 km).