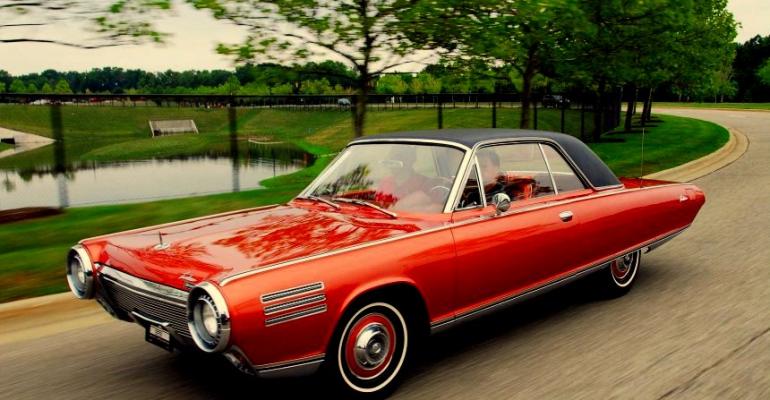 ​Crosley Motors is readying an all-new small car for production that bears little resemblance to its pre-war models. The new line will be powered by a “revolutionary” sheet-steel 4-cyl. engine that also will be offered for industrial and marine uses. The car, built at plants in Cincinnati, OH, and Marion, IL, is roomier than earlier variants. The new engine will be built in Cincinnati, but other driveline components will come from independent suppliers.

Automotive components suppliers are said to be preparing to march on Washington to demand higher ceiling prices than those set by the Office of Price Admin. Suppliers say they may need a 20%-30% price hike to cover increased labor and material costs and maintain their profit margins. Those operating largely in the replacement market have been hit hardest by the cost-price squeeze. Parts makers selling both to OEMs and the aftermarket have been tilting their output toward the OEMs where price allowances are higher, creating shortages of replacement parts. 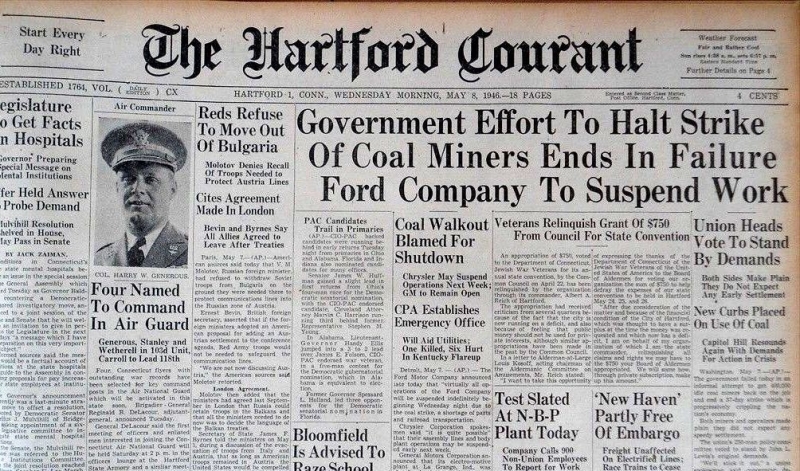 Aside from numerous supplier walkouts, strikes in the coal industry threaten a serious disruption of manufacturing. Already the coal strikes have negatively impacted steel manufacturing, and now auto plants in some areas of the country have been notified they may have to cut back to three days of operation as electricity providers reduce output to conserve their dwindling coal supplies and avoid having to curtail power to homes and retail establishments.

Although touted as a “fabric for all uses,” manufacturers of nylon have found it difficult to get a foothold in the automotive upholstery market, according to Ward’s Automotive Reports. Automakers say nylon is difficult to work with and does not hold it shape. Consumers, on the other hand, say it is slippery and cold compared with traditional cloth, wool and mohair. The industry also is said to be experimenting with a man-made material called Saran that is easier to work with than nylon, but also can be cold and hard to the touch.

Nash and Hudson dealers now are selling the facelifted ’56 Metropolitan, assembled for American Motors by Austin in England. Exterior changes include a new grille and side trim and elimination of the hood scoop on prior models. The car now is powered by Austin’s new A40 4-cyl. engine rated at 52 hp. It gives the Metro a top speed of 78 mph (126 km/h), while still delivering 40 mpg (5.8L/100 km). A 12-volt electrical system is standard on both the 2-door coupe and convertible that carry port-of-entry prices of $1,527 and $1,551, respectively.

General Motors’ new 4-passenger Firebird II concept car is loaded with “revolutionary” engineering ideas, says WAR. In addition to the 200-hp regenerative turbine engine, unique features include a rear-mounted 4-speed automatic transaxle, utilizing swing axles with inner and outer universal joints, is part of the car's independent rear suspension featuring inner and outer universal joints on either side. Air-oil units replace traditional coil springs, while a central high-pressure hydraulic system operates the suspension, power steering and power brakes as well as the windshield wipers. Four-wheel disc brakes are featured. WAR cautions that a fundamental weakness of the central hydraulic system is its potential for leaks. However, the car’s alternating-current generator is viewed as smaller and more reliable, as well as more efficient, than a traditional direct-current generator.

GM publically will unveil its recently completed $125 million-plus Technical Center in Warren, MI, with ribbon-cutting ceremonies on May 15-16. The initial design, an effort headed by architect Eliel Saarinen, had been laid out in the last days of WWII with a ground-breaking ceremony in October 1945. A UAW strike shortly thereafter put the project on hold for three years, after which significant changes and expansions of the previous design were undertaken by Saarinen’s son Eero in a joint effort with GM’s in-house Argonaut real-estate arm.

The fate of Chrysler’s experimental turbine car is still in question, says WAR. The turbine vehicles were enthusiastically received during the 2-year evaluation program that wrapped up in January. The 203 people who drove one of the vehicles for three months each said vibrationless operation, superior starting ability and reduced maintenance costs were the most outstanding features. Acceleration lag (reportedly due to improper driving technique), noise and fuel economy were what they liked least. All of the difficulties are minor, the publication says. Chrysler is expected to announce the next step in its lengthy turbine development program in late spring or early summer, prior the introduction of ’67 models.

In hearings before the Senate Commerce Committee, auto industry representatives ask for the ability to implement a voluntary 3-point safety program instead of facing mandatory requirements. Industry officials say the proposed regulations penalize automakers, possibly damaging the entire economy. The voluntary program sought by the industry includes: 1) Commitment to improve the safety design of cars as quickly as possible; 2) Strengthen the government’s hand in vehicle safety through a federal-state partnership that would include federal participation in the Vehicle Equipment Safety Commission; and 3) Frequent progress reports by automakers to Congress, Secretary of Commerce and the VESC.

Two cars built and sold by the John Fitch manufacturing are being shown at the New York auto show with air-cooled front seats. The seats, supplied by Comfort Conditioning, are standard on Fitch’s Toronado Phantom and optional on its Corvair Sprint. Pressing a button begins the flow of cooled air through ducts in the seat back and seat cushion. The system has been under development since 1955, according to Comfort Conditioning. It goes a step beyond the seat heater introduced by Cadillac as on option on its’66 models.

The head of the Automobile Importers of America says imports sold in the U.S. will meet any new federal safety standards. He says that while foreign brands have pioneered safety items such as disc brakes, 4-wheel independent suspension, rack-and-pinion steering and, on some models, a collapsible steering column, “risk-free driving will not become a reality until all cars are electrically controlled on the super highways of the future.”

General Motors and the UAW are discussing the possible implementation of a 3-crew work schedule at the automaker’s Lordstown, OH, assembly plant. GM President Lloyd Reuss says the program, involving three groups of people working different days during the week, usually on two extended shifts, is needed because Lordstown now is the only J-car production site and additional output is needed to meet rising demand. Used at various European plants, no U.S. facilities have yet to implement 3-crew, although Chrysler and the UAW have agreed to do so at the St. Louis No.2 minivan plant. However, Chrysler has delayed the move pending an upturn in small van sales.

Heavy rebates on ’91 models have created the anomaly of current-model cars selling for less than leftover ’90 variants. According to one Detroit-area Chevrolet dealer, the large incentives on ‘91s “knock the ’90 models out of the box as far as monthly payment go.”  As an example, he

cites a GM Smart Lease on a ’90 Chevy Caprice that, even at a price $1,000 under invoice, has monthly payments $80 more than those on a comparable ’91.  Even Chevrolet’s sales chief says there are probably more unsold prior-model cars on dealer lots than in any recent year.

When GM’s Oklahoma City plant completes the ’91 model run on July 22, it will be the end of the midsize A-body Pontiac 6000. While the facility will then begin building ’92-model Buick Century and Olds Cutlass Ciera cars, the 6000 will be absent. Popular with fleets, Pontiac expects a low-cost version of the Grand Prix and a revised Grand Am, with more rear-seat room, to fill the void left by the 6000’s demise.