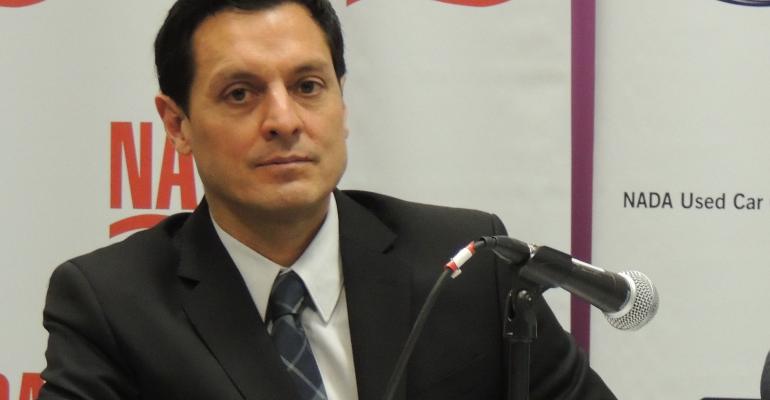 In 2009, leasing looked like an endangered species. It&rsquo;s made a comeback, but there are concerns.

Vehicle leasing not only has made a comeback, it could set an all-time record this year.

Yet, some concerned auto analysts worry the industry might goof it up again, possibly facing residual-related losses similar to what happened 15 years ago. Others say there’s little to fret about because leasing is growing for the right reasons.

Leasing penetration rates were higher than expected in 2014, Thasunda Duckett, CEO of Chase Auto Finance, says at a J.D. Power automotive conference. “Leasing is an important product for manufacturers. It’s also a product customers like.”

Leasing peaked in 1999 with 3.7 million deliveries. Then it crashed, hitting a low point of 1.1 million units in 2009. That occurred after General Motors and Chrysler virtually ditched their leasing programs due to big losses stemming from poor residuals on off-lease vehicles.

But since that trough year, leasing has steadily climbed back, reaching 3.5 million units, 25.7% of vehicle deliveries, in 2014.

Only a slight increase would nudge leasing rates past the record year of 1999, says an annual auto-industry report by Manheim, an auction chain and remarketing-services company.

“They want to turn their vehicle in quickly,” he says at an American Financial Services Assn. vehicle-financing conference.

From the recession low, leasing by Detroit Three automakers has increased the most.

Luxury brands lease more than mainstream nameplates. BMW and Mercedes-Benz both leased about 53% of the vehicles they delivered in the U.S. last year.

“Years ago, you didn’t see a lot of low-mileage leasing,” he says. “But a lot of people aren’t driving as much today.”

For an automaker, a well-structured lease usually depends on payments tied to reasonably accurate residual forecasts of what a vehicle will be worth a few years out. But in the late 1990s and early 2000s, many off-lease vehicles did not live up to ambitiously high residual predictions.

Attractive lease payments were predicated on those residual forecasts. Lessors ended up losing money at the back end when predicted and actual residuals collided.

“If you set the proper residual values, it’s not something we’re afraid of,” Duckett says.

Then there’s the issue of what to do with all those off-lease vehicles. Some people worry they’ll soon glut the used-car market.

But automakers run certified pre-owned programs through their dealers for the purpose of managing and remarketing vehicles coming off lease, says Joy Falotico, a Ford Credit executive vice president. “The strength is the CPO program.”

Because of brisk new-vehicle sales now and in the past couple of years, a wave of off-lease vehicles will hit the used-car market in 2016 and 2017, says Tom Webb, Manheim’s chief economist.

He adds: “It won’t be a significant drag. The returning volumes can be handled without a decimation of the market.”

The increased level of incentives unsettles him a bit. “There’s no denying the curve,” he says. “Some lease-payment offers on TV ads are arguably ridiculous. When you see these trends you can get nervous.”

He recalls working for Automotive Lease Guide in the days when optimistic residual forecasts led to automakers offering low customer payments on the front end, but getting burned on the back end when true residual values failed to live up to expectations.

“I don’t want to go through that again,” he says.

But with proper incentives and strong certified pre-owned programs, “residual risks can be evened out,” says Webb, who calls himself a fan of leasing when it’s done right.

A reason dealers also like it is that customers turning in their lease vehicle “are bringing used-car inventory to the door of the dealership and often drive away in a new product,” he says.

Webb is less worried than Banks about the potential of leasing getting out of hand again.

“Subvented leasing is nowhere close to what was happening in 1999 and 2000,” Webb says. “If the industry had the same marketing practices now as it did then, I’d be worried. But I’m not worried.”

He’s the lead author of Manheim’s 2015 industry report that notes some analysts have argued recent increases in new-car sales rely too much on leasing and those analysts fear lessors might be setting themselves up for another go-around of losses.

“But a look at actual underwriting suggests otherwise,” the report says. “Contract residuals, for the most part, have not been aggressively set, and when there has been subvention, lessors usually did it knowingly.

“As such, one would hope they set aside reserves and made plans for the additional remarketing effort that will be needed at end of term.”