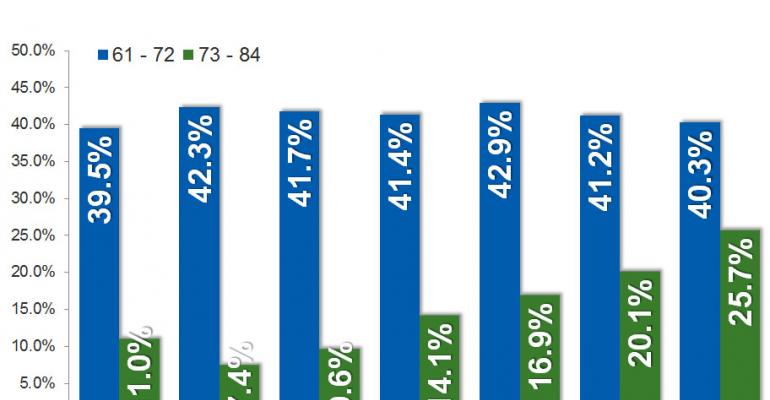 No Bubble About to Burst on Subprime Loans, Experian Says

Lenders are making it easier for buyers at the bottom of the credit-rating pool to secure financing, but there&rsquo;s no sign the industry is headed toward a repeat of 2009.

SAN FRANCISCO – Subprime loans are on the rise, but the auto industry isn’t headed toward a repeat of 2009’s financial crisis, say executives at credit-data tracker Experian.

While subprime lending is increasing, it still remains a small part of the auto-lending portfolio industry-wide. The lowest-rated buyers, known as Deep Subprime and averaging credit scores in the 300-500 range, account for only 0.70% of all new-vehicle loans. That’s up slightly from 0.66% in pre-recession 2008.

“We expect subprime to continue to grow,” Zabritski says. “But what’s really growing is Nonprime. So we’re confident the credit market will remain very stable.”

Some 39.6% of new-vehicle loans from credit unions and 40.9% from finance companies are beyond 72 months in length. Only 18.3% of loans from captive-finance operations are of that duration, as automakers favor shorter-term contracts to keep buyers returning to the showroom.

“The bottom line is loans are growing,” Zabritski says. “The market is becoming more extended.”