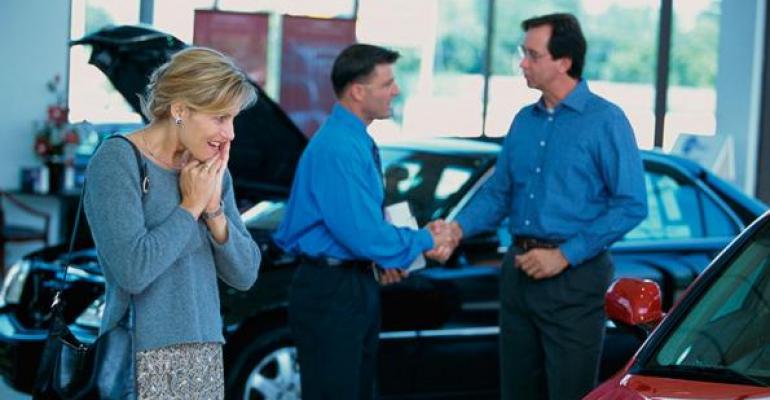 Generation X, dissed in their youth as slackers who wouldn’t get off their duffs and get a job, are exerting financial dominance in the automotive loan market, a credit review indicates.

Generation Z (1995 to the present) unsurprisingly has the lowest average car-loan balance ($13,853). That’s largely because many of them aren’t old enough to drive, and the ones that are skew toward entry-level and used vehicles.

In some cases, having the highest outstanding loan amount could be viewed as carrying too much debt, but in the context of the TransUnion report it indicates Gen X members now have the wherewithal to buy more car and obtain higher loan advances.

“I’d say it has to do with life cycle,” Brian Landau, TransUnion’s senior vice president-automotive leader, tells WardsAuto, referring to Gen X. “They have built up the capital to make larger purchases.”

In retrospect, their stereotypical slacker reputation as young people had more to do with entering a tough job market rather than an unwillingness to seek gainful employment.

Similarly, Millennials, many of whom came of age during the last recession, once incorrectly were branded as an indifferent generation with no interest in vehicle ownership. Their recent surge in automotive purchases dispels that theory.

“Auto lending is stabilizing after years of rapid growth, due in part to responsive underwriting,” Landau says.

Does that mean it’s getting fundamentally better or just slowing down?

“It’s more about recalibrating,” Landau says. “Lenders are pulling back in targeted ways. The pullback is happening in the subprime sectors.”

That is not because subprime borrowers were defaulting on their loans en masse. Instead, it had more to do with too many lenders previously jumping into that lending segment, increasing the competition. “There was oversupplying to the subprime space,” Landau says.

He discounts some doomsayer predictions of a subprime lending bubble about to pop. “If that ever did happen – if subprime went off the cliff – it wouldn’t have a major impact because it is not that significant of a segment.”