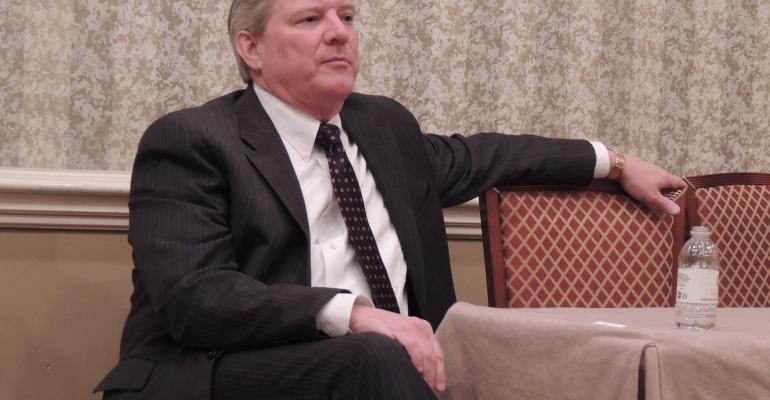 Lenders say they&rsquo;d like to know if vehicles they give advances for will go to work in the ride-sharing industry.&nbsp;

LAS VEGAS – If someone finances a purchased vehicle to use as an Uber-mobile, lenders would like to know. That doesn’t mean they will.

She tells of attending a meeting during which bankers expressed dismay at not knowing if purchasers of cars they financed intended to put lots of miles on them  working for ride-sharing companies such as Uber and Lyft.

It’s not an issue if an Uber driver conscientiously pays off the loan. In such cases, a lender has no vested interest in what the vehicle is used for. The problem kicks in if a ride-sharing worker defaults.

That’s of particular concern to lenders because a repossessed ride-sharing vehicle is worth less than normal due to heavy use and high mileage. It hurts a bank’s mitigation of losses in reselling the repossessed vehicle.

“Buyers at auctions pay less for commercial vehicles with lots of mileage on them,” Hyatt notes.

Lenders who finance the purchase of taxi fleets at least realize what borrowers intend to do with those vehicles. It’s less clear with ride sharing. “You don’t really know people have those jobs,” Hyatt says.

Sometimes you do, and it doesn’t mean Uber drivers are persona non grata at dealerships. Castle Auto Group’s Joe Castle puts out the welcome mat for them.

“We are in Chicago and it has 50,000 Uber drivers,” he says at the finance conference. “I have a ton of experience selling (Chevrolet) Tahoes and (GMC) Yukons to Uber drivers. I love it. It’s a nice niche business for us.”

The topic of vehicle repossessions in general comes up at the conference. Ian Anderson, president of subprime lender Westlake Financial Services, predicts an increase in those this year.

“The longer you go without talking to a (delinquent) customer, the greater the chances of a repo,” he says. He wonders if the U.S. Consumer Financial Protection Bureau, a six-year-old gung-ho regulator, at some point might “tell us when we can repo a car.”

David Paul, a senior vice president at Honda Finance, which was a target of a CFPB disparate-impact allegation and legal settlement last year, jokingly suggests repossessions might one day become a customer-satisfaction survey question.

He says he can just imagine a deadbeat saying: “That was the best repo I ever had.”