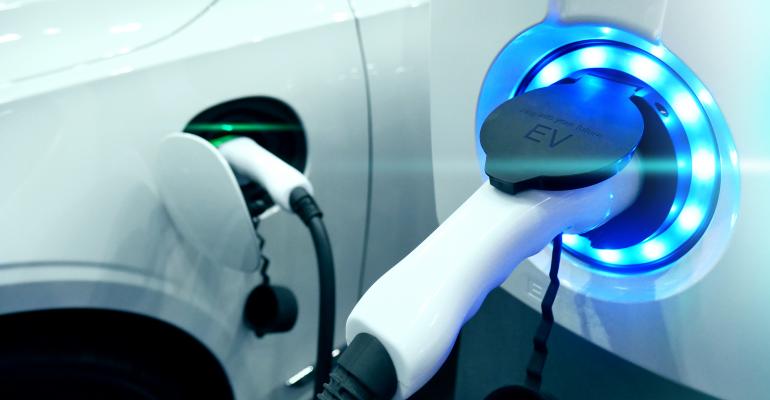 Getty Images
Debate is on as to how fast charging needs to be.
Vehicles>Powertrain

Will EVs Be Ready for Ultra-Fast Charging?

Electric-vehicle chargers on the way promise to replenish spent batteries in minutes, but auto industry insiders still are debating if ultra-fast charging is practical, affordable and even necessary.

Ultra-fast electric-vehicle chargers on the way promise to replenish drained batteries in a matter of minutes, and many industry insiders believe a vast public network of such devices may be needed for these vehicles to win over larger numbers of new-car buyers.

But it’s unclear how many of the dozens of battery-electric vehicles on the way for the early 2020s will be equipped to take full advantage of the advanced technology.

Up for debate is whether the required investment in infrastructure and more-robust batteries even will be worth it.

Ultra-fast chargers rated at 350 kW are now hitting the market and said to be capable of adding 124 miles (200 km) of range to a drained BEV in less than 10 minutes. But there are no BEVs today that can handle such flow rates. Tesla’s Supercharger, up to now considered the state of the art in fast charging, is rated at 120 kW and takes about 40 minutes to replenish a Tesla Model S battery to 80% capacity.

Most other EVs charge at rates below 50 kW, although there are some that can handle higher flows. A Chevrolet Bolt can charge at least a portion of its battery at a rate of 80 kW and the Hyundai Ioniq reportedly can accept up to 100 kW. An ’18 Nissan Leaf also can be equipped to quick-charge at a rate of 100 kW. Tesla’s Model 3 is rumored to be capable of charging at a rate of 184-210 kW, but even that would fall short of the new ultra-fast technology on the way.

Level 2 chargers, the type most widely available that can be installed in private homes and seen in retail and office parking lots, charge at rates below 20 kW, and many current EVs limit the flow to much less than that.

To date, the high-performance Porsche Mission E BEV, due in 2019, is the only vehicle announced as targeting compatibility with the coming breed of 350-kW chargers. Additional compliant models from other automakers are likely, though it is unclear how many and at what price point.

During a wide-ranging panel discussion on advanced powertrain technology at the recent CTI Symposium U.S.A. in Novi, MI, Giorgio Rizzoni, director-Center for Automotive Research at The Ohio State University, questions whether a vast fast-charging network that comes close to matching the speed of a gasoline fill-up will be practical or even necessary.

Noting public chargers available today are fine for topping off the batteries in shorter-range plug-in hybrids, “when you go to pure battery-electric vehicles…you run into serious difficulties,” he says of the network of Level 2 systems. “Batteries (will) need to take charging rates that are…hundreds of kilowatts.”

Rizzoni says the costs associated with a network of ultra-fast-charging stations – both for infrastructure and the batteries needed to use it – ultimately could be prohibitive, potentially limiting BEV market penetration predominantly to urban areas, where drivers have shorter commutes and Level 2 chargers more adequate.

“I’m with you,” says Larry Nitz, executive director-Global Transmissions and Electrification for General Motors, noting he doesn’t believe BEVs are the industry’s endgame as some have suggested. Plug-in hybrids are a better answer, he says, contending the combination of short-range electric and long-range gasoline power offers “the best of both worlds.”

V. Anand Sankaran, director-Electrified Powertrain Engineering for Ford, says fast charging, though convenient, could drive up the operating costs for BEVs, making them an even less attractive alternative for new-car buyers.

“When you start to do a lot of fast charging, the cost of ownership starts to deteriorate, because the cost of electricity in the daytime is a lot higher than when you are charging (at night), when there’s less capacity on the grid,” he says.

“The biggest challenge is honing in on what really are the requirements and the balance of those requirements (between) costs (and) fast-charge (capability),” she says. “It’s not so clear where the jury is on that.”

She points out that when the U.S. Department of Energy first set goals for battery makers on performance and cost several years ago, fast charging wasn’t on the list of targets.

“It was OK to charge for four hours for 80% of SOC (state of charge),” she says. “So that’s where the R&D activity happened.”

Now automakers are seeing a need for faster charging, Gray adds, “so there’s a little bit of catch-up that’s happening, quite frankly, around fast-charging requirements and how that will have an impact on (battery) life and cost and trying to balance that. But it’s not unsolvable from my perspective.”

Still, she cautions, sorting this out won’t be a snap.

“Fast charge is one of those big, big inputs to determine the technology that’s being developed now and for 2020-2030,” she says. “Let me tell you, (one) thing that takes a long time is the technology development.”

New industry targets are needed from automakers, the DOE and agencies in other markets, Gray says, “so we can really hear what those needs are, put them in the R&D portfolio and…ensure at the other end comes out a product (that) cost-wise…meets requirements.”