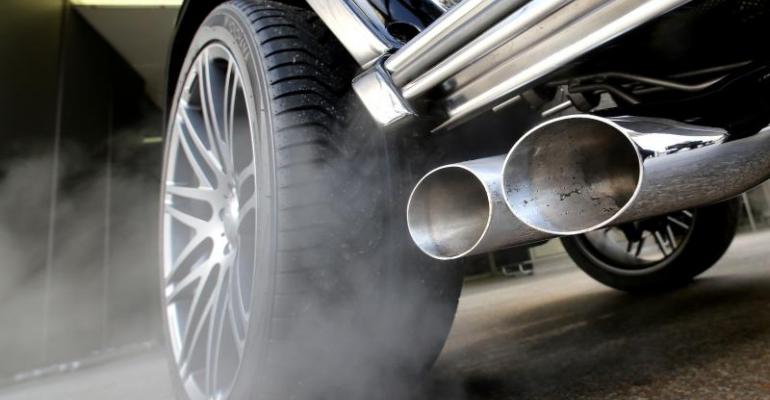 &ldquo;For us it&rsquo;s not possible to comment on these particular tests because we don&rsquo;t know what they did,&rdquo; a VW spokesperson says of the tests conducted for consumer groups in Italy and Belgium. &ldquo;We only know the results and not what they did in detail.&rdquo;

German automaker Volkswagen and its Audi luxury brand are rejecting allegations by two European consumer groups that they still are cheating on nitrogen-oxide tailpipe emissions.

Italy’s Altroconsumo and Belgian sister organization Test-Achats on April 11 published identical test results, while both VW and Audi say the groups should release more test data to prove their claims.

“For us it’s not possible to comment on these particular tests, because we don’t know what they did,” a VW spokesperson tells WardsAuto. “We only know the results and not what they did in detail.”

Test-Achats is declining to release test data because the information is part of a class-action lawsuit the Belgian association has filed against VW, which allegedly “deceived European consumers for years and they need to compensate them for that,” says Els Bruggeman, European Union public-affairs advisor at Test-Achats.

However, Altroconsumo tells WardsAuto it has performed comparative emissions testing on three diesel-engine VW and Audi models sold across Europe and has concluded the results show the vehicles continue to exceed legal emissions limits.

This is despite 2016 upgrades to software (and, in the case of a VW Golf that was tested, the hardware as well) which Altroconsumo claims undermines the automaker’s claims that the upgrades removed “cheat” devices on its diesel cars and brought emissions levels back in line with EU standards.

Altroconsumo says the tests were conducted by an independent and accredited European testing facility. Both laboratory and road tests on each of the three models were performed before and after software and hardware were updated on the same cars at VW-accredited mechanic facilities, to ensure updates issued in 2016 in Italy and Europe accurately brought emissions levels in line with EU laws and were correctly declared on each vehicle’s registration certificate.

The Altroconsumo test results showed after the VW mechanics performed the upgrades on each of the three vehicles, “there was a statistically significant increase in nitrogen oxide emissions” measured in the New European Driving Cycle model (+13.2% for the Audi Q5; +6.2% for the VW Polo; and +23.2% for the VW Golf).

Further analysis of the test results shows emissions levels for the three car models also were well above Euro IV and Euro V limits for particulate emissions and nitrogen oxide.

Bruggeman, of Test-Achats, claims after the software fix the Audi tested had nitrogen-oxide emissions above the Euro 5 limit of 180 g/km and the other two cars were “really, really at the limit.”

The VW spokesperson compares the Italian results with tests run by other organizations – including U.K. and German consumer groups it considers “not automotive-industry friendly” – and “all found the software update and technical solutions are running properly.”

The spokesperson also cites tests by Germany’s Federal Motor Transport Authority that “found the technical solutions are definitely working and all cars after the software fix fulfill the official approvals.”

Similarly, Udo Ruegheimer, head of communications for models, technology and innovation at Audi, tells WardsAuto: “Nobody knows what they tested exactly.”  There are many tolerances that can be tested, Ruegheimer says, and “if you don’t know what you are doing you are measuring nonsense.”

Ruegheimer also compares the Altroconsumo tests with the KBA approval process after the software fix, where the automakers had to provide four cars from each model, rather than the single vehicle tested in Italy. He argues KBA is the “only body that counts.”

The Audi executive complains the consumer organizations not only refused access to the car tested for the automaker to carry out its own tests, but also would not release details such as the serial number, mileage or the condition it was in.

For statistical reasons seven measurements normally are taken and averaged out. “We don’t know how they tested it and how often,” Ruegheimer says.

However, Bruggeman says: “We must not forget Dieselgate and we must not forget the consumers who have until now received nothing from Volkswagen compared to what is happening in the United States.”

Ruegheimer counters similar compensation to European consumers is unjustified because the cars were compliant in Europe, not in the U.S. where the nitrogen-oxide limit is only 30 g/km: “The same car is legally OK in the EU but in the U.S. (is) five times over the limit because the legislation is five times stricter.

“It’s not our fault that the legislation is easier in Europe.”

– with Brenda Dionisi in Milan