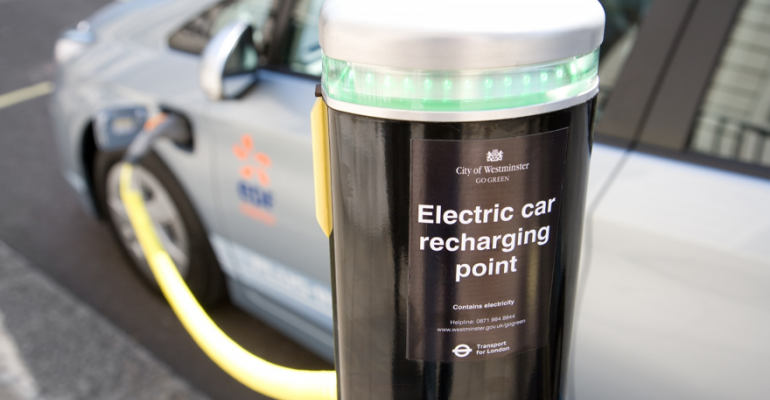 <p><strong>Legislation is designed for regulations to keep pace with technology. </strong></p>
Vehicles>Powertrain

The legislation will allow the government to require the installation of charge points for electric and hydrogen vehicles at motorway service areas and large fuel retailers, and to establish common technical and operational standards.

The Queen’s Speech, marking the start of the post-election Parliamentary session, included the introduction of the Automated and Electric Vehicles Bill.

Government briefing papers say the legislation will ensure the U.K. remains at the forefront of developing new technology in electric and automated vehicles.

The legislation will allow the government to require the installation of charge points for electric and hydrogen vehicles at motorway service areas and large fuel retailers, and to establish common technical and operational standards.

The legislation is designed to make the regulatory framework keep pace with the fast-evolving technology for EVs; extend compulsory motor-vehicle insurance to cover automated vehicles; and to ensure compensation claims continue to be paid quickly and easily.

It is intended to allow innovation to flourish and ensure the next wave of self-driving technology is invented, designed and operated safely in the U.K.

The government says the aim is to “ensure a world-class infrastructure which supports the rapid adoption and use of electric vehicles by consumers as more mass-market models become available, helping improve air quality.”

This supports government ambitions for the U.K. to “lead the world in EV technology and use,” with almost every car and van to be zero-emissions by 2050.

Government papers say research indicates the market for automated vehicles in the U.K. will be worth £28 billion ($35.6 billion) by 2035. It is spending more than £200 million ($254 million) on research and testing infrastructure to ensure the U.K. remains one of the best places to develop EV technology.

The U.K. is the largest market for EVs in the European Union and is a leader in their development and production, with 20% of EVs sold in the EU last year made in the region.

“Research we conducted recently found 85% of motorists would consider buying an electric vehicle; however, 69% said the lack of charging points across the U.K. would be the biggest deterrent,” Bell says in a statement.

“While both Total and Shell earlier this year confirmed their intention to install charging points at their stations across the U.K., the move to make every (gasoline) station offer charging facilities is extremely reassuring.”