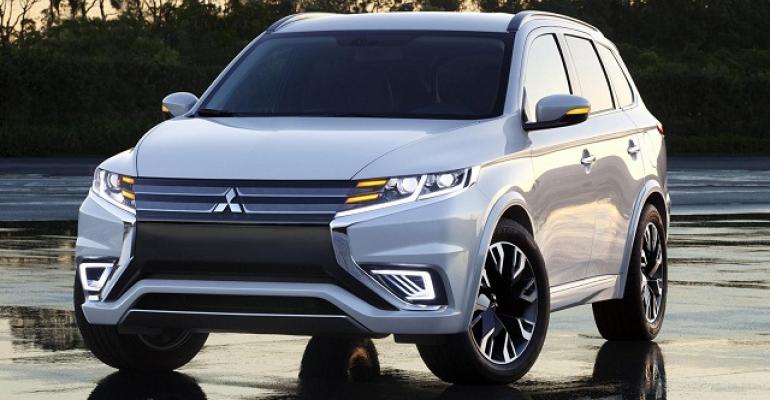 The news comes as the British government announces another &pound;10 million investment into EV charging infrastructure.

LONDON – More battery-electric and plug-in hybrid-electric vehicles have been sold in the U.K. so far this year than in the whole of 2015.

The news comes as the British government announces another £10 million ($12.2 million) investment into EV charging infrastructure.

But an industry-research firm warns hybrids alone could become obsolete within just a few years because of rapid advances in battery-electric vehicles.

“Hybrids are designed to solve two of the problems that EVs have faced in recent years – high cost and low range,” says Rupert Pontin, director-valuations for Glass’s, a U.K. used-vehicle-evaluation service. “However, there are very clear signs that these issues are being resolved very quickly.

“The fact is that vehicles such as this effectively remove the rationale for hybrids. Within a few years, hybrids could be seen as little more than a curiosity and this will undoubtedly affect their values.”

Three-quarters of the government’s latest investment will be spent on providing workplace charge points while the rest will go toward promoting installation of residential on-street charging infrastructure.

A large rise in uptake of battery-electric cars also is documented in the quarterly results, with 2,128 all-electric EVs delivered in September (+37.4%) contributing to the 8,107 vehicles sold this year. Meanwhile, plug-in hybrids rose 68.5% in September with 3,985 vehicles new on the road, pushing the annual total to 20,590 registrations (+46.6%).

Of the 30-plus PHEVs on the market, the Mitsubishi Outlander PHEV is the year’s most popular plug-in hybrid with 7,770 registrations through September. The Sunderland-made Nissan Leaf is 2016’s best-performing all-electric car with 3,728 registered over the year’s first nine months.

Discounts for government purchases helped push the U.K.’s January-September total 36.7% ahead of like-2015.

Pontin notes the popularity of hybrids in the U.K. has been driven by the company-car fleet market, where the vehicles’ low levels of carbon-dioxide emissions reduce drivers’ tax bills.

“These vehicles make a lot of sense in the fleet sector but not so much on the used market, where buyers tend to view them as more complicated than a diesel but with few compensating advantages.

“As viable EVs start to become available in larger numbers, this will only become more acute and it is difficult to foresee a situation in which (hybrid) demand is likely to increase. Our view is that, unless manufacturers find it difficult to bring the price of EVs down to somewhere near family cars, then hybrids will simply be seen as a passing phase in the history of the car.”