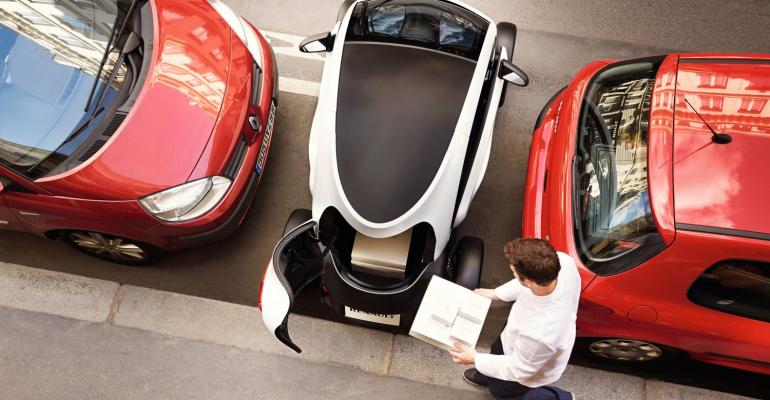 Renault Samsung says the 1-ton light-commercial electric vehicle&rsquo;s &nbsp;targeted range is 155 miles, but a spokesman says development of the vehicle could take up to four years.

Renault Samsung will begin selling the Renault Twizy small urban electric vehicle in Korea in the second half of this year and says it is working on a locally designed and developed 1-ton light-commercial EV.

The French automaker’s Korean subsidiary says if the Twizy is well-received it may begin producing the EV at its lone production plant in Busan, which produces RSM’s SM3 ZE compact plug-in EV. Currently the Twizy is exported to Korea from Renault’s Valladolid plant in Spain.

The 1-ton electric LCV would be designed and developed solely within Korea by RSM and a consortium of local suppliers. They include LG Chem, which supplies the battery for the all-electric SM3 ZE. In 2014 LG Chem signed a memorandum of understanding to cooperate in RSM’s EV programs by developing longer-range batteries specially designed to meet the needs of its upcoming vehicles.

A company spokesman says development of the vehicle could take up to four years.

RSM also is believed to be working with Renault to develop a low-tech, low-cost EV along the lines of the Twizy. It would be produced in Busan for local and export markets, as well as at the Dongfeng Renault joint-venture plant in China to serve the China market.

Dongfeng Renault plans to begin producing a China version of the SM3 ZE early next year.

Renault Group CEO Carlos Ghosn commented on the need for such a low-tech, low-cost EV when he introduced the China version of the SM3 ZE and the all-new Koleos at last month’s Beijing auto show.

The Twizy, while new to Korea, has sold more than 15,000 units worldwide since sales launched in 2012 in France. It is sold in France, Germany, Italy, Spain and the U.K. It will be available on a limited lease-contract basis in Canada beginning this summer.

RSM had hoped to launch the Twizy in Korea last year and had worked out an agreement to put a fleet of Twizy Cargo versions in service with a popular Seoul fast-food chain.

The deal faltered when it came to light that Korea’s Ministry of Ministry of Land, Infrastructure and Transport could find no official classification under the existing law for a small, all-wheel-drive, urban-delivery electric vehicle.

The Ministry since has developed specifications and regulations that will cover the Twizy, and says the rules will be ready in time for RSM’s planned sales launch.

The Twizy’s launch is expected to follow its showing at next month’s Busan auto show.