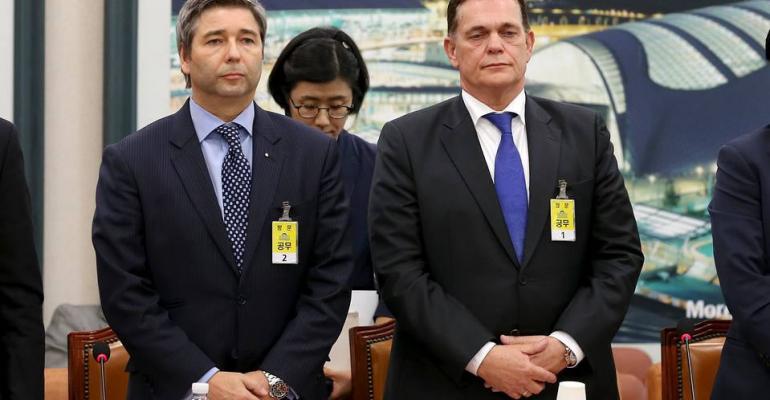 If the three executives being questioned are indicted, they would face charges carrying a maximum 5-year prison sentence or a 30 million won fine.

If they are indicted, the executives would be under open arrest prior to being tried. They would face charges carrying a maximum 5-year prison sentence or a 30 million won ($27,500) fine.

The Seoul Public District Prosecutor’s Office disclosed its intentions earlier today. At the same time the office announced VW Korea CEO Thomas Kuehl has been summoned for questioning Aug. 18. Kuehl replaced Park as VW Korea CEO in 2013 when Park moved to Renault Samsung, where he now is CEO.

Prosecutors also reveal all three of the executives have been issued a travel ban order and cannot leave Korea without their permission.

The prosecutor’s office says it plans to question Kuehl specifically about his role in installing emissions-rigging software on the seventh-generation Golf 1.4 TSI hatchback.

It also has issued summonses to seven VW executives based in Germany, but has received no responses from them.

Last week, Thammer met with prosecutors three times, including a 16-hour grilling on the first day of questioning.

To counter a plunge in sales caused by the emissions scandal, VW Korea is offering cash-purchase discounts of up to 10 million won ($9,200) on some of its vehicles, or 0% 6-year financing.

The Korean Automobile Importers and Distributors Assn. reports VW Korea’s greatest sales decline has been with consumers older than 40, followed by those age 30-40. It says consumers under 30 have been swayed to the brand by the attractive incentives.