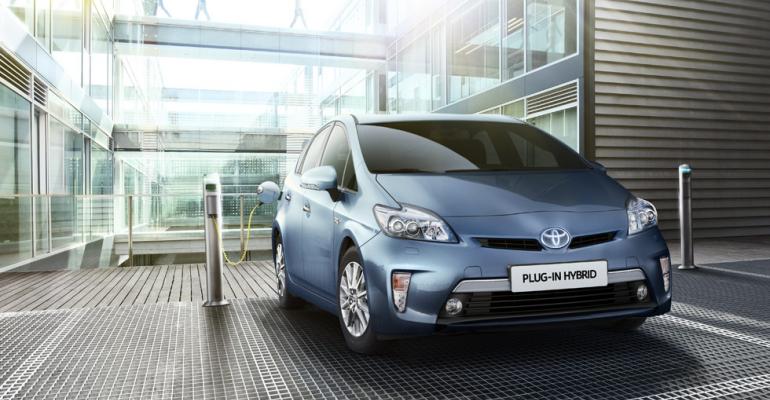 Toyota is promoting plug-in hybrids in the ASEAN region including Thailand, where sales of this type of vehicle are highest within the trade bloc. But it believes reducing battery costs is key to building PHEV demand.

Toyota now gets its PHEV batteries from a joint venture in Japan with Primearth EV Energy and is building a plant in China with Corun PEVE Automotive Battery to produce lithium-ion batteries for hybrids that will begin operating later this year.

Bangkok English-language newspaper The Nation reports Hiroyuki Fukui, marketing and sales vice president-Toyota Asia Pacific says the automaker plans to build the battery plant in the ASEAN region to capture the strong demand for PHEVs there.

Toyota is promoting PHEVs in the Asia-Pacific region including Thailand, where sales of this type of vehicle are highest within the ASEAN trade bloc. Malaysia and Singapore are second and third.

Toyota’s PHEV assembly facilities outside Japan are in China, Thailand, Malaysia, India, and Taiwan. China is the manufacturing base for the Prius.

The cost of batteries must be reduced if Toyota is to strengthen demand for PHEVs in the Asia-Pacific region.

One problem for Toyota is that the Thai government wants to promote electric vehicles rather than hybrids by offering attractive incentives to automakers in that segment.

One barrier to making EVs in Thailand is the need for charging stations, Fikui says.

Toyota says EVs are suitable only for short-distance use, while hybrids and PHEVs are for general-purpose use and fuel-cell-electric vehicles are for medium- to long-distance use.

“In my personal view, we have to consider the preparation of infrastructure and the policy of energy in Thailand, (both of which) are key for Toyota’s consideration,” Fukui tells The Nation.

He sees hybrid technology as a core technology, as it is found in PHEVs, EVs and FCEVs and says Toyota will push hybrids as the mainstream platform for developing eco-friendly vehicles.

Hisashi Nakai, Toyota Thailand’s public-affairs chief, says the automaker believes PHEVs and FCEVs will appeal to buyers more than EVs because drivers of FCEVs spend only three minutes refueling their vehicles with hydrogen, while EV drivers must spend much more time recharging them.

However, he says, it will take a long time for FCEVs to be widely available in the global market because manufacturers have to collaborate with energy companies as third parties setting up hydrogen stations.