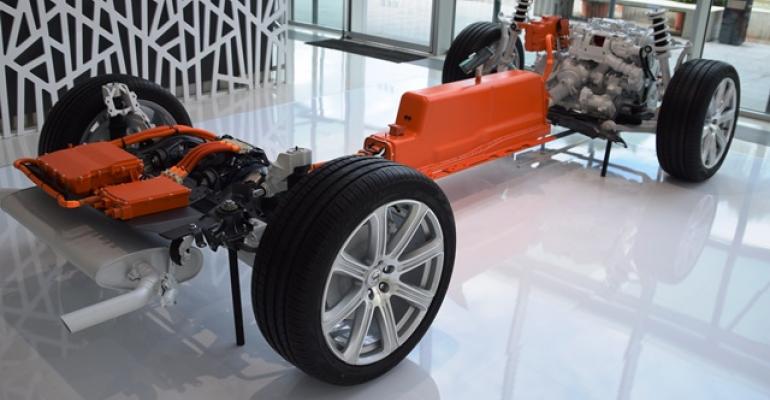 The shift toward electrification potentially could affect three-quarters of the world&rsquo;s top 100 automotive suppliers.

Three-quarters of the world’s top 100 automotive suppliers could face severe repercussions if they don’t develop an electrification strategy.

“Suppliers are really ill-prepared for the type of impact this has,” he says. “My premise is many suppliers in the top 100 and in the next 100 round of suppliers aren’t prepared to address these types of issues – as far as what’s next.”
Eichenberg, former chief corporate strategist for Magna Powertrain and Magna Electronics, says many suppliers have waited too long to focus on the coming of electrification.

“The firms I worked for didn’t have the technical knowledge to understand what was going on,” Eichenberg says. “These are big suppliers.”

“I was really shocked how limited insights they had to how big this disruption is going to be.”

It is predicted that 2020 will begin the decade of electrification. Eichenberg says vulnerable suppliers are questioning how they can participate, yet he believes it might be too late.

“To a certain extent, if you are a systems player, if that ship hasn’t sailed it’s very close to sailing because of what has taken place,” he says.

However, some automotive suppliers are being forced to make strategic moves as a result of this huge disruption that potentially will impact the industry.

For example, the Schaeffler Group supplies 40 to 50 bearings for internal-combustion engines and transmissions. Battery EVs would need only a handful.

“The fact of the matter is that the disruption, whether it happens 10 or 20 years from now, is having an impact on the supply base,” Eichenberg says.

While the U.S. is relatively slow to develop an electrification strategy, Europe is setting the global standard with the most stringent legislation for carbon dioxide reduction.
“The European and Chinese automotive suppliers are far more advanced because of what’s happening in their countries around this issue than what we see in the U.S.,” he says.

“A lot of the suppliers I see that are ill-prepared are the suppliers based in the U.S., because they don’t have the global view or an electrification strategy.”

Europe is five to eight years ahead of other markets, he says. This focus will spread to automakers in China, North America and the rest of the world soon, opening up huge opportunities for suppliers that can provide the electric backbone of all major automotive systems, including batteries, electric-drive motors and power electronics.

“For those traditional suppliers, who do not have these strategies in place, now is the time if you are going to find a way to continue in that core space,” Eichenberg says.