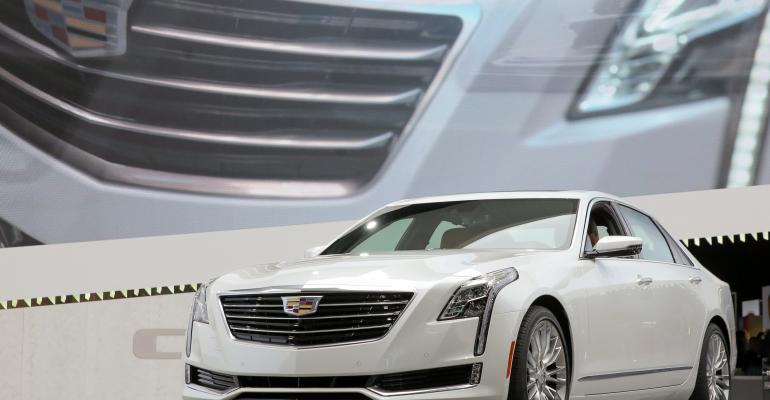 The report by Michael Sivak and Brandon Schoettle of the University of Michigan Transportation Research Institute indicates EVs are much cleaner than conventionally powered vehicles.

Claims that electric vehicles won’t help reduce harmful emissions are flawed, and instead evidence suggests EVs can have a major impact on reducing the pollution traced to vehicles used in everyday life, a University of Michigan study finds.

The report prepared by Michael Sivak and Brandon Schoettle of the university’s Transportation Research Institute indicates that, based on a review of so-called “well-to-wheels” studies that take into account both the sources and production of electricity and the fuel used in internal-combustion engines, EVs are substantially cleaner than vehicles with conventional powertrains.

“Based on the average mix of renewable and nonrenewable electric power sources in the U.S., the average well-to-wheels (greenhouse-gas) emissions for battery-electric vehicles (BEVs) is the lowest, at 214 grams per mile,” the researchers say. “The corresponding values for two different plug-in electric vehicle implementations, PHEV10 and PHEV40, range from 253 to 278 gpm, respectively.

“Gasoline-powered vehicles produce the most GHGs per mile, ranging from 356 to 409 gpm, depending on the specific type of ICE (direct-fuel-injection versus conventional port-fuel injection, respectively), Sivak and Schoettle say.

“The results of this GREET (Greenhouse Gases, Regulated Emissions and Energy Use in Transportation Model devised by the Argonne National Laboratory) model indicate that a typical BEV emits approximately half the amount of GHGs as a typical fuel-injected ICE.”

The report also notes a 2016 study by the European Environment Agency estimated battery-electric vehicles’ greenhouse-gas emissions could be reduced by a factor of 10 if completely renewable power sources were used.

“When total well-to-wheels petroleum usage is compared in British thermal units (Btus), there are also significant improvements for both (PHEV) types versus conventional ICE vehicles,” the EEA report notes.

EVs are not only cleaner but also are substantially more efficient than ICE-powered vehicles, the Michigan researchers find.

“Predictably, gasoline-powered vehicles use considerably more petroleum per mile, with direct-fuel-injection ICEs averaging 3,791 Btu/mile and traditional fuel-injection ICEs averaging 4,359 Btu/mile. While the PHEV40 consumes 29 times the amount of petroleum a typical BEV consumes, a typical fuel-injected ICE still consumes nearly three times the amount of petroleum as a PHEV40 and around 80 times as much as a BEV,” the UMTRI researchers say.

Typical electric motors are at least 3.4 times as efficient as ICE engines, according to data cited in the UMTRI study. In fact, Daimler CEO Dieter Zetsche observed in an interview at the North American International Auto Show that one of the challenges facing established automakers is the advent of a new generation of EVs with electric motors that are less costly than combustion engines with their myriad different components.

However, in recent years, sales of both BEVs and PHEVs have begun to accelerate, with sales of each vehicle type increasing more than 700% since 2011, they say.

The number of individual versions of available electrified vehicles has increased steadily, nearly doubling from model year 2016 to 2017, while prices gradually are dropping to levels similar to comparable vehicles with internal-combustion engines.

“Recent improvements in range and charging times for both vehicle types move closer to wider acceptance based on the ability to satisfy the daily driving requirements of most drivers while lessening the overall range anxiety that plagued PEVs (particularly BEVs) when first introduced,” Sivak and Schoettle write.

“Cars and trucks are responsible for roughly 24% of U.S. greenhouse gas pollution – nearly 1.7 billion metric tons per year,” an article in Scientific American noted last year. “Because those emissions come from hundreds of millions of tailpipes, this source of pollution seems difficult to control. Shifting it to hundreds of smokestacks at power plants that supply electricity to charge electric cars, therefore, seems like a more effective way to clean up the fleet.”

In addition, wider use of renewable energy in the production of electricity would lead to further reduction of greenhouse-gas emissions, the UMTRI report says.

“Considering that 86% of electricity in the U.S. comes from nonrenewable sources, and 65% comes from GHG-emitting fuels, the cleaner average nature of BEVs and PHEVs can be improved considerably by increasing the use of renewable fuels,” the report notes.

“A practical option to increase the use of renewable fuels for generating electricity specifically for vehicle charging involves integrating solar-powered stations to supply electricity directly to the ESVEs (electric vehicle supply equipment) within a specific charging station or location.”

Meanwhile, battery performance is improving while battery costs are coming down and charging networks are expanding.

Sivak and Schoettle also note EVs have another advantage: The price of electricity is relatively stable, while gasoline prices have been volatile over the past two decades.