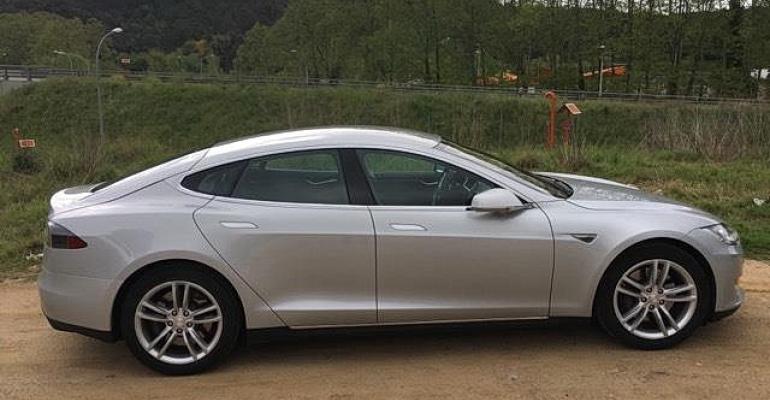 That EVs and PHEVs represented 0.004% of the 1.15 million registrations nationwide last year reflects a lack of charging infrastructure and, to a lesser degree, cost.

MADRID – Spain registered 4,746 battery-only, extended-range electric and plug-in hybrid-electric vehicles in 2016, an increase of 51.5% compared with 2015.

That the various EVs represented 0.004% of the 1.15 million registrations nationwide last year reflects a lack of charging infrastructure and, to a lesser degree, cost. But that doesn’t mean demand is nonexistent, as evidenced by the all-electric Tesla.

A used Tesla with no more than 65,200 miles (105,000 km) can be purchased for an average 35% less than a new one, according to AutoScout24, an international online vehicle-marketing website. However, the U.S.-built car holds only a 1.9% share of Spain’s used-EV market.

Tesla is expected to open a dealership in Spain this year. It was rumored last year that the EV maker had begun hiring personnel for showrooms in Barcelona and Madrid, and one employee to handle sales in Lisbon in neighboring Portugal.

Other rumors that have yet to pan out suggest Tesla plans to install superchargers in various parts of Spain starting with the Catalonia region, where the largest city is Barcelona.

The supply of used Teslas grew 23% in 2016 from prior-year, but their numbers still are

In addition, the uncertainties surrounding their residual value or the ability of the workshops to maintain and repair these models contribute to maintain these EVs at high price ranges, up to 15% more expensive than cars propelled by IC engines,” Cabanas adds.