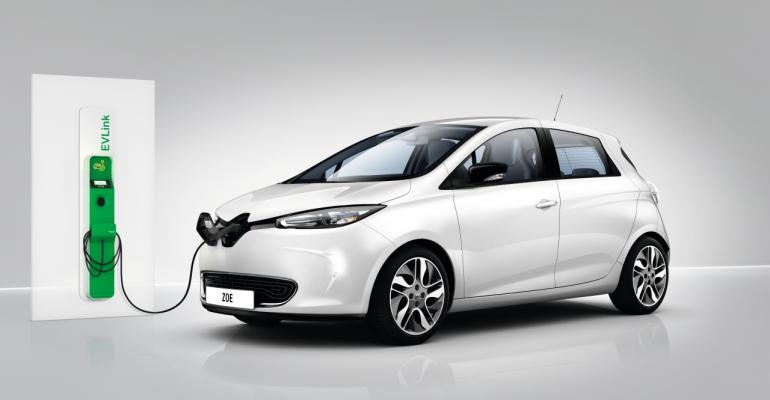 &ldquo;I think the next big growth of EV will come from China,&rdquo; Renault chief marketer Guillaume Berthier says. &ldquo;The first reason for this is that the Chinese government is pushing for this quite a lot and, secondly, the market is so large that gaining even a small percentage of it produces huge volumes of vehicles.&rdquo;

PARIS – China is Renault’s clear target for growth of electric-vehicle sales, according to a top executive with the French automaker.

“I think the next big growth of EV will come from China, where it has started already. The first reason for this is that the Chinese government is pushing for this quite a lot and, secondly, the market is so large that gaining even a small percentage of it produces huge volumes of vehicles.

“Because of this we are thinking of introducing a new EV model into China.”

Berthier raises the possibility of the new model branching into other global markets, creating a potential EV competitor to its own budget sub-brand Dacia.

“This will be fitted for China but, naturally, if we have an opportunity to use it somewhere else in the world it is possible, but the main purpose is for it to answer the growing demand in China for EVs.”

Rumors have circulated for months the Renault-Nissan Alliance plans a dedicated model for the Chinese market to be built at the Wuhan factory. Owing to the Communist government’s restrictive trading practices, the car would be built in partnership with state-owned automaker Dongfeng and marketed under one of its sub-brands.

“We believe the real potential with the highest volume is in the low end of the market,” Berthier says. “So our new vehicle will be at a reasonable price, with not a huge amount of autonomous technology, and it will be very much a city car.”

Europe is the second hot spot for EVs, where government-assisted financing has grown at a rate many experts would not have predicted a few years before.

“EVs are already quite advanced in the market compared to the rest of the world. Also, the governments of Europe are showing real concern over environmental problems, whether that means (carbon-dioxide) emissions or particulate emissions.

“I am totally convinced that we are already turning Europe into the tipping point for mass adoption of EVs in the very near future. The fact that we have already sold more than 50,000 Zoe (EVs) in Europe, some 10% of our total production of B-sector hatchbacks, shows something of this movement in the market.”

Referring to the show launch of the Zoe fitted with a battery claiming a driving range of 250 miles (400 km), double the car’s original range, Berthier says it could “change the market quite soon.”

“Today, only 7% of our Zoe customers are living in city flats, against the fact that about 50% of France’s population live in apartments,” Berthier says. “So here we see a big lack of home charging possibilities and while governments can help in this, it’s still not enough.

“For example, in Paris there are subsidies for EVs from the central government and also subsidies from the local Parisian authorities plus there are tax reductions for owners.”

“There are now 80,000 EV charging points in Europe and, while it’s still not enough, it’s also not bad. The question now is how to make those charging points more visible and more accessible.”

Renault’s latest answer will be to launch a new app for cellphones, replacing or updating the old My Z.E. (app) by Renault, to win the hearts and minds of new customers.

“Because, today, if you want to drive across Europe in an EV, you will need to carry at least 10 different charging badges (to pay for the energy used from different suppliers). So our app, we hope, will help with that.”