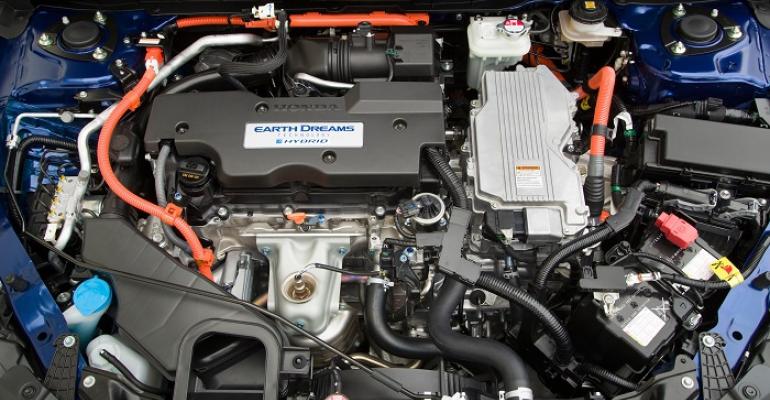 Auto industry demand for rare earths, ranging from neodymium used in electric motors to lanthanum used to produce batteries, is increasing with the growth of green vehicle production.

The U.S. could become a player in the $4 billion global rare-earth-element (REE) production market using new efficient and inexpensive technologies being developed at Purdue University.

Auto industry demand for rare earths, ranging from neodymium used in electric motors to lanthanum used to produce batteries, is increasing with the growth of green-vehicle production.

The inventor of the technology, Chemical Engineering Professor Linda Wang, says the Purdue development could boost U.S. extraction of rare earth elements while recycling the 1.5 billion tons of coal ash the U.S. has accumulated. That stockpile, which grows by about 65 million tons a year, could be used to produce REEs for decades.

At this stage, Wang has demonstrated the feasibility of the technology at laboratory scale and believes it is going to be a much simpler, more efficient and lower-capital-cost option for REE production.

“We can design and scale up the process for production. There is still work to be completed to demonstrate these new technologies at larger scales,” she says in a news release.

“We have had success in many challenging chromatographic separations, including the purification of medical isotopes, sugars, amino acids, chiral drugs, insulin, polymers and many others. Thus, we are confident that we can produce high-purity REEs from coal ash.”

Another plus: The byproducts of the Purdue process include silica gel, aluminum oxide and other metal oxides of commercial value, making the overall process profitable and economical.

“REEs have many important applications in things such as permanent magnets in power generation and electric cars, batteries, petroleum refining catalysts, phosphors in color televisions and many electronics including cellphones,” she says.

The demand for REEs is predicted to grow dramatically over the next several decades.

Separating them is extremely difficult because the elements have the same ionic charge and are similar in size. Also, they occur in concentrations of a few thousand parts per million.

“Typically, old technologies from the 1950s are used for separation and purification. They usually require 1,800 different extraction stages in series and in parallel for purification. Such processes can be hazardous, costly and inefficient.”

“Current separation technologies produce large amounts of chemical waste, which cannot be economically recycled,” Wang says. “One of the 10 most polluted sites in the world is a man-made lake in China, where the waste effluents from REE extractions are stored.”

Most REEs now used in the U.S. are imported from China, which controls more than 90% of the global supply. This has wide implications for the U.S. economy and national security, Wang says.

She says after China reduced REE exports in 2010, the costs of rare-earth magnets for one wind turbine increased from $80,000 to $500,000. When China relaxed the export restrictions 18 months later, prices returned to lower levels than in 2010.

“It’s highly desirable to develop the capacity to produce REEs in the U.S. and to become independent of foreign suppliers,” Wang says.