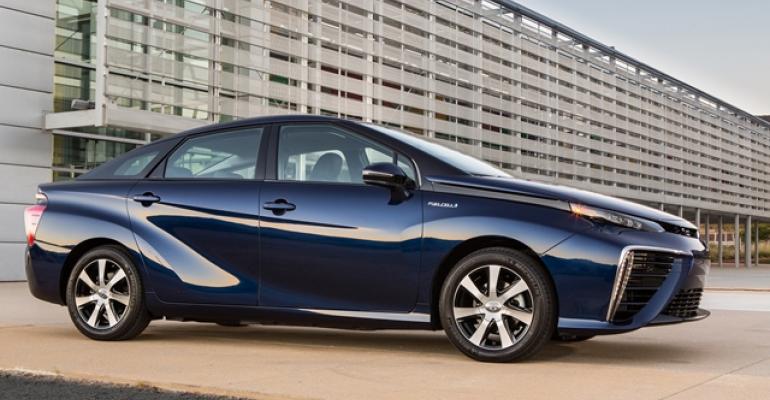 The timeframe remains unclear and the project is in discussion stages, but a company official tells WardsAuto Toyota wants to produce its own batteries for both hybrids and battery-electric vehicles.

TOKYO – Primearth EV Energy, a hybrid-battery-making subsidiary of Toyota, reveals the automaker may build a plant in the U.S. to produce lithium-ion batteries.

The timeframe remains unclear and the project is in discussion stages, but a company official tells WardsAuto Toyota wants to produce its own batteries for both hybrids and battery-electric vehicles, and the plant’s green light will be linked to future North American sales as the automaker begins shifting to Li-ion from nickel-metal-hydride. There also is concern within the automaker that shipping lithium batteries from Japan to the U.S. could present quality risks.

The source adds that workforce training would take several years and be a key element of the plant’s timeline.

Toyota is expected to source Li-ion batteries for the Prius Prime plug-in hybrid EV from Panasonic until the early part of the next decade. The automaker does not yet have a BEV on the market, but several models reportedly are in the pipeline. The Prius Prime, the second generation of the Prius PHEV, went on sale last November.

Li-on batteries for the standard Prius and other hybrids under consideration will come from Primearth’s Ohmori plant in Shizuoka prefecture. The facility’s Li-ion production line operates at about 50% of capacity, producing around 100,000 units annually separate from its NiMH lines.

Primearth’s NiMH production in Japan operates at full capacity of 1.3 million units annually: 500,000 units in Ohmori, 300,000 in Sakakuji, also in Shizuoka prefecture, and 500,000 in Taiwa in northern Japan.

The supplier also operates a JV in Changshu, China, to supply NiMH batteries to Toyota for the Levin and Corolla hybrids. The company, Corun PEVE Automotive Battery, began operations in 2016.

Before expanding Li-ion production outside of Japan, Primearth will add a second Li-ion line in 2019 at its Taiwa plant with an expected capacity of 200,000 units. Primearth has not disclosed if these will be for hybrids or EVs or a mix of both.

Primearth’s initial foray into Li-on battery production was with the first 600 Prius PHEVs test-marketed before the model’s mass-market introduction in December 2011, when Toyota switched to Panasonic as the supplier. For the first 600 units, Primearth produced the cells, which Toyota then assembled into battery packs at its Honsha plant in Toyota City.

Primearth began production of its second-generation Li-ion battery cells and packs in July 2015 in Ohmori. The new battery contains 56 individual 3.7V cells, giving it a nominal 207.2V of power.

All of Primearth’s current NiMH batteries are its NP2.0 type, which has an output density of 1,300 watts/kg.

The Primearth official says from a cost and technical standpoint, NiMH is reaching its limit.

Since the first-generation Prius in 1997, Primearth has manufactured 11 million hybrid batteries of which more than 95% are NiMH.

Formed in 1996 as a joint venture between Toyota and Matsushita Electric Industrial (subsequently renamed Panasonic) Primearth is owned 80.5% by Toyota. Panasonic holds a 19.5% share.