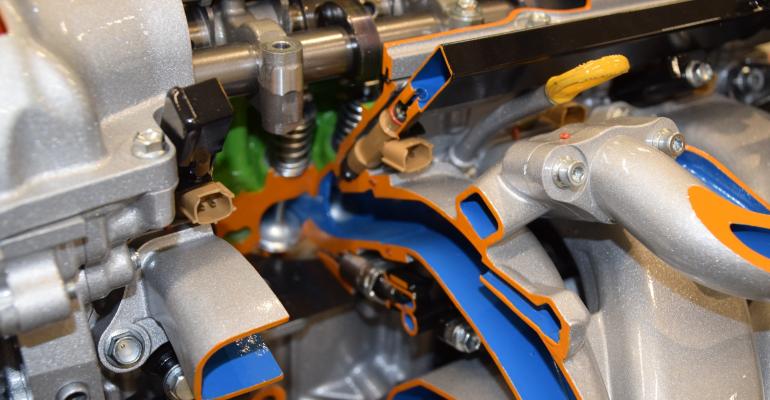 In the latest Automotive Futures survey of automakers and suppliers, powertrain experts say alternatives to internal combustion engines will lead the marketplace by the end of the next decade.

That finding is consistent with powertrain experts’ opinions since the advent of the survey in 2006 when 123 respondents suggested spark-ignited engines would cede 55% of the global market to alternative powerplants, including diesels, by 2020.

The most recent survey, conducted in June and July, suggests the 2006 viewpoints were a bit optimistic. Experts now think spark-ignition will hold a 55% advantage over alternatives (45%) at least through 2025, but that scale tips dramatically by 2030, with alternatives claiming 65% of the powertrain pie by that point.

Launched as part of the University of Michigan Transportation Research Institute, the Automotive Futures confidential survey started a new chapter this year, independent of the university but in affiliation with a wide-ranging list of industry supporters, including Wards Intelligence. The 2019 inquiry builds on surveys conducted in 2006, 2007, 2012, 2015 and 2016-2017. 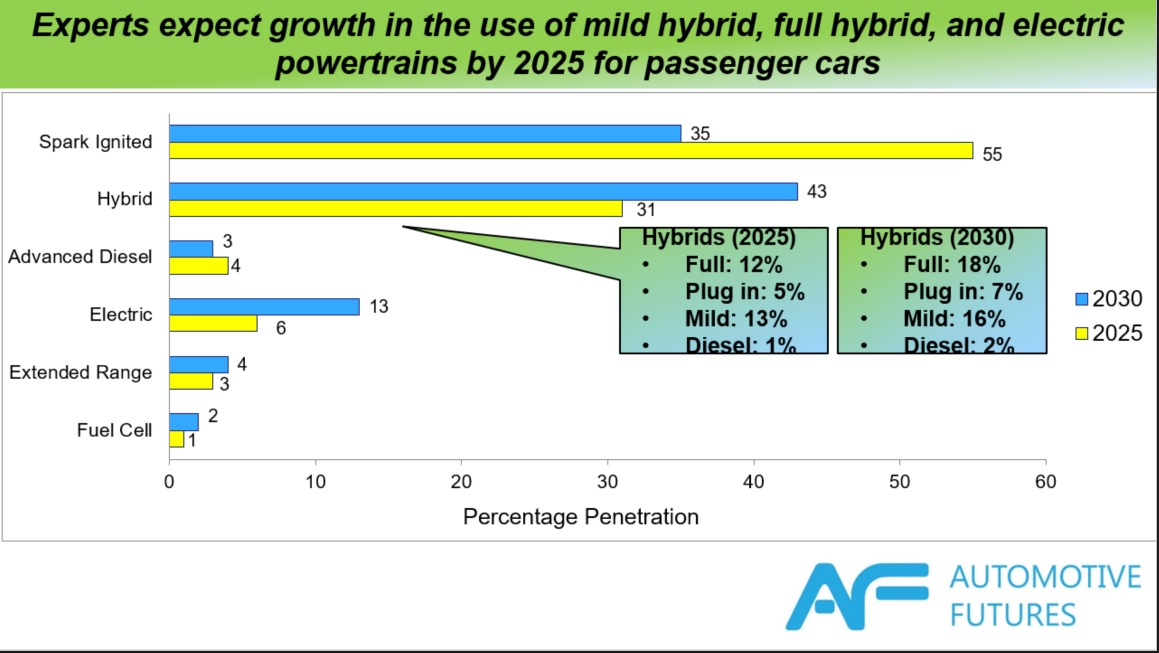 Survey respondents foresee a major switch to electrified vehicles by 2030.

The latest survey garnered 122 responses from a cross-section of automakers and suppliers as well as non-automotive industry observers who make up an exclusive group of knowledgeable powertrain experts.

The goal of the survey is to provide independent assistance to the industry to evaluate and benchmark decision-making processes with “leading information about the future direction of automotive powertrains,” says Bruce Belzowski, managing director-Automotive Futures.

Results of the survey are shared with respondents and were presented at the 11th Annual Powertrain Strategies for the 21st Century Conference July 17 in Ann Arbor, MI.

One noticeable shift, no doubt informed by the Volkswagen Dieselgate emissions scandal and continuing struggles by automakers to introduce advanced diesel engines, is a steep decline in the percentage of those engines experts believe will be in the marketplace.

Experts’ views on battery technology also have evolved. Lithium-ion was seen in 2006 as taking 31% of the battery market by 2020, in competition with nickel-metal hydride (18%), lead-acid (14%) and a host of other options accounting for the remainder. The 2019 survey projects lithium-ion commanding 72% of EV battery production in the 2025-2030 timeframe.

Results from other survey years indicate how prescient the Automotive Futures experts have been. In the 2012 survey, experts thought nearly a one-third of North American-produced engines would be turbocharged by 2016, and 50% by 2025. Wards Intelligence data shows the one-third mark came just two years later than predicted, but that turbo engines are forecast to account for half of all light-vehicle powerplants by 2025. 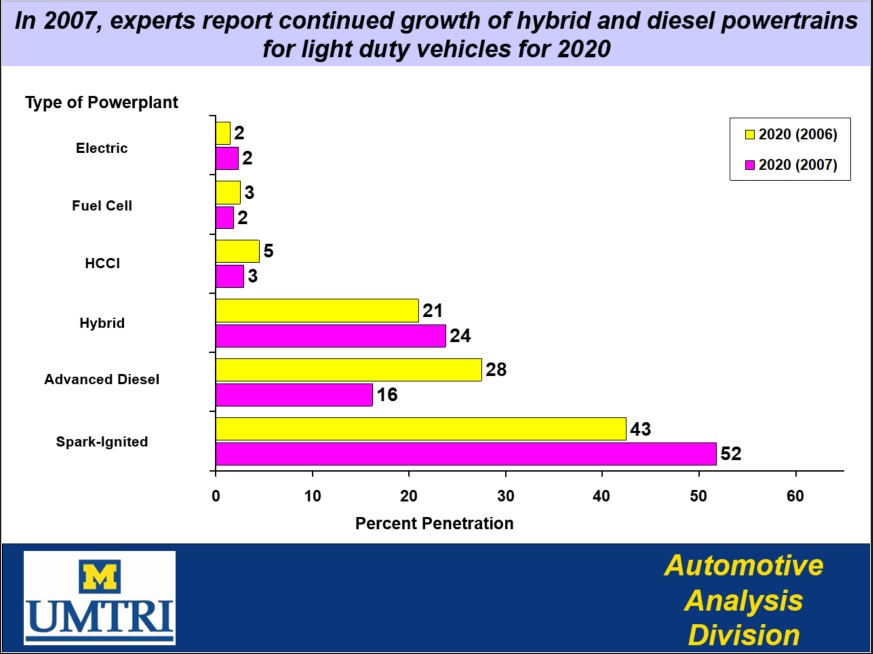 Pre-Dieselgate, experts predicted advanced diesels would claim 28% of the market by 2020.

The 2019 survey indicates experts believe the Trump Admin. is likely to freeze CAFE standards at the 2021 model-year level, but that the industry is prepared to meet or exceed federal fuel-economy standards regardless of that action. Automakers already are moving in that direction as evidenced in the recent agreement between California regulators and BMW, Ford, Honda and Volkswagen establishing fuel-efficiency targets that exceed the federal regulations.

Fuel efficiency opinions are no doubt informed by experts’ belief that OEMs will develop 30-mpg (7.8 L/100-km) pickups and large SUVs within 10 years, with 19% suggesting those vehicles will arrive in the next 3 years, 37% in 4-5 years and another 23% leaning toward a 6-7-year time frame. Ford and General Motors have diesel pickups capable of 30 mpg or better and FCA’s next light-duty Ram diesel due this fall is certain to be aiming for that target.

Finally, there’s very little variance between the previous survey in 2016-17 and the latest results as it relates to expectations of OEMs meeting CAFE standards.

The 2019 survey shows experts believe all but 14% of OEMs will meet the standards if frozen at 2021 levels, with 45% relying on credits to achieve that goal and 41% meeting the standards without using credits.