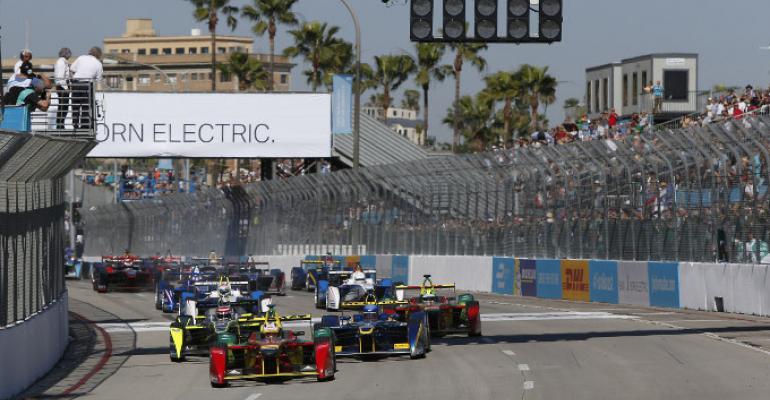 Mercedes-Benz Grand Prix, the automaker&rsquo;s U.K.-based motorsport offshoot, looks set to take up the option on one of two entry slots to be made available during the fifth Formula E season, which would boost the grid to 24 cars.

Mercedes-Benz is poised to enter the Formula E Championship in 2018 after signing an agreement with the organizers of the global racing series for single-seat electric cars, Formula E Operations Limited.

Pending approval from the FIA World Motorsport Association, Mercedes-Benz’s British-based motorsport offshoot, Mercedes-Benz Grand Prix, looks set to take up the option on one of two entry slots to be made available during the fifth season of Formula E in a move aimed at boosting the grid from a current 20 cars to 24.

Mercedes-Benz Grand Prix Limited, based in Brackley, England, is the company behind the German automaker’s highly successful Formula 1 racing program.

The 2018/2019 Formula E season will be the first to require that teams use one car for the entirety of each race, rather than the two-car format in place since the inception of the all-electric formula in 2014.

Adoption of the one-car rule comes after continuous improvements in both electric-motor and battery efficiency, which have extended the performance and range of Formula E race cars.

The German automaker believes involvement in Formula E will help it further develop its electric-powered race cars. “Electrification will play a major role in the future of the automotive industry,” says Toto Wolff, head of Mercedes-Benz Motorsport. “R acing has always been a technology R&D platform for the motor industry.This will make Formula E very relevant in the future.”

Mercedes-Benz is expected to use Formula E as a marketing platform and technical showcase for its newly created EQ electric car, details of which were revealed at last week’s Paris auto show.

An entry into Formula E would see Mercedes-Benz compete against the recently launched Jaguar Racing team; Audi, a key technical partner with the ABT Sportsline team; and Renault via its e-DAMS team. It also would compete against new EV startups such as NextEV, which runs its own team, and Faraday Future, which recently announced a tie-up with Dragon Racing.

The signing of the agreement between Mercedes-Benz and Formula E Operations comes less than a month after rival BMW announced a partnership with incumbent Formula E team Andretti Racing, although that deal is to expire at the end of the 2017/2018 season. Following this, BMW could choose to enter a full factory-backed team similar to that being eyed by Mercedes-Benz.