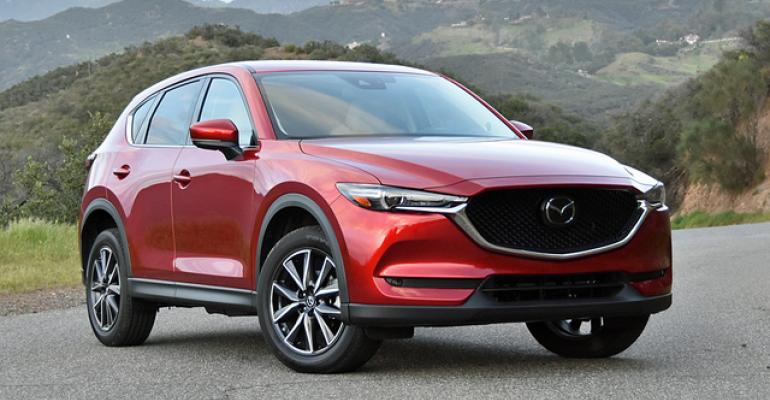 The EPA last year certified a 2.2L version of Skyactiv diesel in the Mazda CX-5 CUV, but the engine is not in the U.S.-market CX-5 or any other Mazda. A spokesman says don’t take that as a sign Mazda is waffling on offering a diesel in the U.S.

OLYMPIC VALLEY, CA – While it has been teasing their arrival in the market for years, it remains unclear when Mazda’s new Skyactiv D (diesel) and X (spark-compression ignition) engines will arrive in the U.S.

“We generally feed those things in piece-by-piece and generally those are launched based on market need, and right now the U.S. is not the primary market that needs those,” Dave Coleman, vehicle development engineer-Mazda North American Operations, tells Wards here during a ’20 Mazda3 media drive. “Those are primarily needed in Europe” to meet emissions regulations, he says.

The engine is not in the U.S.-market CX-5 or any other Mazda vehicle. But a Mazda spokesman says don’t take that as a sign the automaker is waffling on offering a diesel in the U.S.

“As a challenger-spirit brand, once we started that path (to diesel) we want to see it through to completion,” the spokesman tells Wards. “And our diesel is unique and offers features some others haven’t. So there are benefits to it we think the customer will appreciate. It would be a disservice if we went all this way, finally got the certifications and decided, you know, the market is not what it once was. We firmly do believe there is a market for it.”

Diesel scandals at Volkswagen and FCA have given the technology a black eye, as have moves by governments in Europe to ban diesels. Hyundai is one automaker that was going to offer a diesel engine in the U.S. and has canceled plans to do so.

Mazda also won’t divulge when it will debut the Skyactiv-X engine (below, left) in the U.S. The gasoline mill promises diesel-like efficiency and torque via spark-controlled compression ignition technology.

When Mazda debuted the engine at the 2017 Tokyo auto show, it said it would arrive in the market in two years. It is expected to be available later this year but in Europe, debuting in the new CX-30 CUV that slots between the CX-3 and CX-5.

In European versions of the new Mazda3, the Skyactiv-D and Skyactiv-X engines are available, making about 116 hp and 179 hp, respectively. In the U.S.-spec Mazda3, on sale now, only one engine is available, an updated version of the CX-5’s 2.5L naturally aspirated 4-cyl. making 186 hp.

Skyactiv-X is considered a part of Mazda’s hybrid and electrification plan as it has start/stop, or the ability to automatically turn off and turn back on the engine at idle, but a Mazda engineer here hints at bigger forays into the green sector by the automaker.

Masahiro Moro, Mazda North American Operations president, told Wards in January 2018 Mazda would bring an electrified vehicle to the U.S. in 2020 to comply with California Air Resources Board mandates to lower vehicle emissions in the state.

At the time, he said Mazda could bring back the rotary engine it popularized and single-handedly kept alive to act as a generator in a hybrid application.

Mazda has partnered with Toyota to develop electrified vehicles, and Toyota showed an e-Palette autonomous concept vehicle at the 2018 CES.