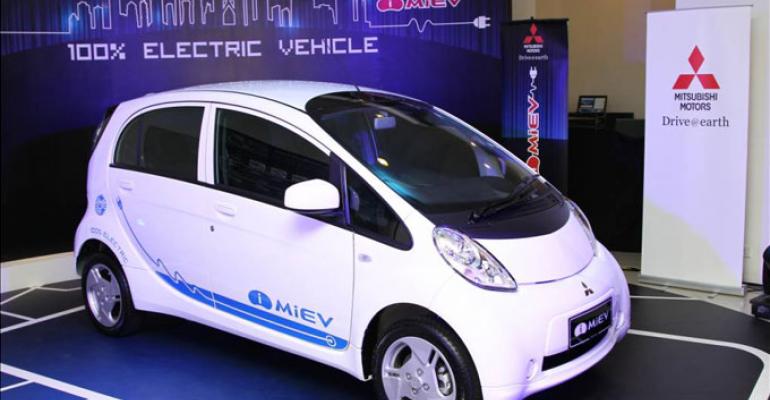 The Malaysian government&rsquo;s news agency reports authorities are aiming for 100,000 EVs on the road by 2030, along with 2,000 electric buses and 125,000 charging stations.

Malaysia plans to duke it out with Thailand to be Southeast Asia’s marketing hub for electric vehicles.

Thailand is offering automakers tax breaks for green-car production, and it has established excise-duty exemptions for vehicle buyers.

But the Malaysian government’s Bernama news agency reports authorities are aiming for 100,000 EVs on the road by 2030, along with 2,000 electric buses and 125,000 charging stations.

Green Technology Minister Maximus Ongkili says the EV target is part of both a technology master plan and the government’s electric-mobility blueprint.

“With that as the target, the government’s transport sector has to start developing the green-technology sector more aggressively,” Ongkili is quoted as saying.

“Consumers have to be convinced that EVs are an option that is comparable with the existing vehicles they have now.”

The government plans have received a boost from Mercedes-Benz Malaysia Commercial Vehicles, with Vice President Albert Yee telling Bernama Malaysia has the potential to become the regional hub to assemble and export its energy-efficient vehicles, and it welcomes the government’s support.

“We would like to export more from this country,” he says. “There are no problems in terms of (plant) capacity capability. So, I believe there is a lot of potential.”

Ongkili says the government plans have been designed to address the issue of greenhouse-gas emissions, an issue which in turn focuses on growing the EV industry and reducing dependence on fossil fuel.