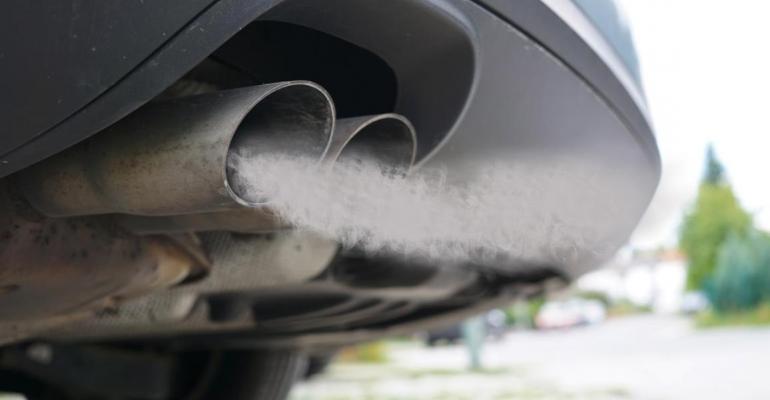 Damiano Zoffoli, a Socialist member of the European Parliament, wants the European Union&rsquo;s clean power for transport directive amended to include a push toward zero- and ultra-low emission vehicles &ldquo;with the aim of phasing out new CO2-emitting cars by 2035.&rdquo;

BRUSSELS – European Union lawmakers are calling for a seismic shift toward low-carbon mobility in the auto sector, including requiring manufacturers to meet a 25% minimum fleet quota for electric vehicles by 2025 and banning sales of cars emitting carbon dioxide by 2035.

But ACEA, the group representing European automakers, is skeptical of the demands from the European Parliament that will be voted upon ahead of proposals that the European Commission, the EU’s executive branch, is to release in November.

Under the EU’s complex lawmaking system, the Commission proposes legislation, which usually must be approved by the parliament and the EU Council of Ministers representing member states. But the parliament often makes formal suggestions to the Commission about laws it could propose, and lawmakers are setting out their demands on green cars in a report written by Bas Eickhout, a Green Party parliament member from the Netherlands.

The parliament will vote on the demands, included in Eickhout’s report called “European Strategy for Low-Emission Mobility,” during a full House session this fall. Before that, the parliament’s transport and tourism committee will vote Sept. 25 on what should go into the Eickhout report.

It currently demands the Commission propose tough new standards for carbon-dioxide emissions from cars and vans based on a minimum 6%‑8% annual reduction. This would lead to manufacturers being given a fleet-average CO2 limit of 70 g/km in 2025, dropping to 50 g/km in 2030, with both measured by on-vehicle tailpipe emission boxes under both the New European Driving Cycle and Worldwide Harmonized Light Vehicles Test Procedure (WLTP).

However, an ACEA spokesperson tells WardsAuto: “The level of CO2 reduction is closely linked to the market uptake of low-emission-vehicle technologies. A realistic time horizon is needed that allows for both the development of these type of vehicles and, more importantly, the realization of the type of infrastructure needed to support these vehicles.”

Eickhout further wants car labeling revised with information “based on a comparative CO2 footprint.” But the ACEA spokesperson points out: “Work is currently ongoing for defining a harmonized methodology to calculate the lifecycle CO2 emissions of vehicles. It is therefore premature to include this criteria within a labeling scheme.”

Another key European Parliament committee, the environment committee, already has adopted its position on the subject, with its proposals written by Italian Socialist parliament member Damiano Zoffoli, and voted upon and approved June 29. Any suggestions approved by this committee on the environment, including emissions limits, will be included in the final report from Eickhout that is presented to the full parliament.

Zoffoli has criticized the WLTP procedure, pointing to research showing its results will “still diverge by around 20% from real-world emissions and will remain open to test optimization and manipulation.”

Zoffoli’s proposals argue: “A targeted ex-post real-driving-emissions (RDE) methodology for CO2 emissions should be developed to complement the WLTP,” possibly based on measuring devices already present in vehicles, such as fuel-consumption meters.

But the ACEA spokesperson counters: “RDE it is not suitable to monitor the achievement of a manufacturer’s CO2 fleet target in EU legislation. A variable test like RDE does not give legislators or manufacturers any legal certainty and is not compatible with the current approach of setting an EU fleet target and manufacturer-specific fleet targets.

“Only the new, standardized WLTP laboratory test that will be mandatory from September 2017 will provide the necessary accuracy, clarity and repeatability for measuring new-car CO2 emissions as the basis for monitoring compliance with future CO2 legislation.”

Zoffoli further wants the Commission to review the EU’s clean power for transport directive, changing its terms to include a push toward zero- and ultra-low emission vehicles through a stepwise increase in fleet averages from 2025 “with the aim of phasing out new CO2-emitting cars by 2035.”

While ACEA acknowledges all its members have “a responsibility to provide a wide range of vehicles with alternative powertrains,” the spokesperson points out “both market penetration, as well as consumer acceptance of these vehicles in the EU, are still very low.”

All alternatively powered vehicles together accounted for just 4.2% of registrations in 2016, with electrically chargeable vehicles (ECVs) alone only 1.1%. There also are very different market shares across the 28-nation EU: 0.1% to 0.2% in southern and eastern member states, 6% in the Netherlands, 1.4% in the U.K. and France, and 0.8% in Germany.

ECVs’ market share is 0.5% or lower in 13 member states, the spokesperson notes, adding: “Even more striking is the fact that an ECV market share of 1% or higher only occurs in western European countries with a GDP per capita of more than €30,000 ($34,595). In countries including the new EU member states in Eastern Europe and the Baltic States, as well as crisis-torn Greece with a GDP per capita below €17,000 ($19,600), the market share remains close to zero.”

As far as targets go, the spokesperson stresses “there are widely diverging predictions for the future ECV market uptake from different organizations and research institutes, highlighting the uncertainty in which the industry operates.”

The ACEA agrees, with the spokesperson saying a higher market uptake of alternatively powered vehicles is only possible if three key conditions are met: both member states and infrastructure providers make the necessary investments in recharging and refueling infrastructure; there are support schemes to stimulate sales, and consumers accept “all technical parameters of these vehicles.”