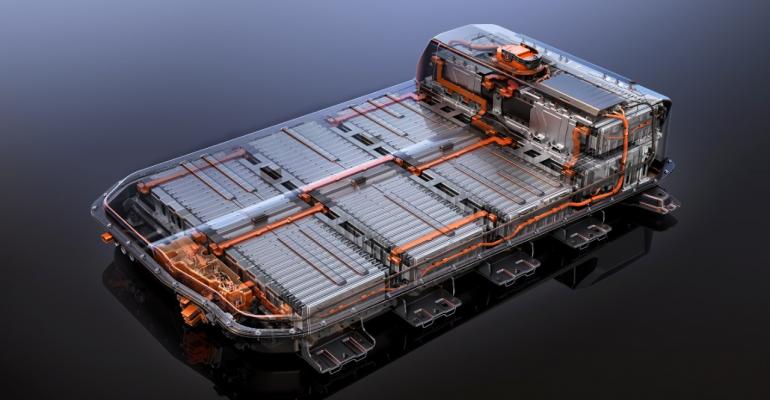 Some analysts speculate China&rsquo;s refusal to certify the LG Chem and Samsung SDI battery packs is a response to South Korea&rsquo;s decision to deploy the U.S.-built Terminal High-Altitude Aerial Defense missile system to guard the country against attacks by China.

Beijing Hyundai Motor switches battery suppliers for the plug-in hybrid-electric vehicles it will sell in China from LG Chem to a fast-growing Chinese brand.

The move by the joint venture between the Chinese and Korean automakers follows Chinese regulators’ denial in late 2016 of battery certification for LG Chem and Samsung SDI. The two South Korean companies are among the world’s largest makers of lithium-ion batteries used in PHEVs.

Beijing Hyundai will begin producing the Yuedong (sold outside China as the Elantra) PHEV at a Beijing plant in this year’s second half, using battery modules supplied by Contemporary Amperex Technology, according to sources in China. Hyundai Motor declines to comment on the matter.

Contemporary Amperex was established in 2011 and already is a major force in China’s battery industry. In 2014 the company established a subsidiary operation in Beijing, where all of Beijing Hyundai’s plants are located, and an R&D center in Shanghai.

The company also has established a European subsidiary with offices in France, Germany and Sweden. It plans to build a battery-module plant in Europe in the near future and reportedly is supplying BMW already.

China’s refusal to certify LG Chem as a certified battery supplier also has forced Beijing Hyundai to delay plans to release a PHEV version of its Sonata midsize vehicle in China until 2018. Sonata PHEVs marketed in both the U.S. and Korea are equipped with LG Chem battery packs.

While no official announcement has been made, analysts believe the Sonata battery-pack business also will go to Contemporary Amperex. Because of differences in battery-module design configurations, the replacement battery pack cannot simply be swapped for the LG Chem module; modifications are required for both the vehicle and the module.

Hyundai is anxious to see Yuedong sales soar in China. When the automaker’s chief financial officer reviewed the 2016 financial performance, he noted the company had high hopes that the sixth-generation Yuedong would boost sales in China.

Various generations of the Yuedong frequently are used as taxis in Beijing.

Beijing Hyundai revealed its replacement for the Yuedong at the Guangzhou auto show in November. Launching nationally in March, the newest China-only version of the Elantra will be a tad shorter than its predecessor.

Beijing Hyundai urgently needs to launch a PHEV version of the Xin Yuedong (or the outgoing Yuedong as an alternative). Under new Chinese regulations, major automakers must dedicate 8% of their production to so-called new-energy vehicles beginning this year.

Using the Chinese-produced battery pack the Xin Yuedong and Sonata PHEVs will qualify for generous national and local subsidies crucial to making them competitive against the legions of domestically built NEVs.

Some analysts speculate China’s rejection of certification of the Korean battery packs was a direct response to South Korea’s decision to deploy the U.S.-built Terminal High-Altitude Aerial Defense missile-defense system, which could be deployed used to guard the country against missiles launched from China.

Since the THAAD decision was made, the Chinese government also has slashed the number of visitor visas for South Korea and halted a multibillion-dollar commercial complex South Korea’s Lotte Group is building in the city of Shenyang.

While international politics may play a part in the LG Chem-Samsung SDI battery-certification rejection, many analysts think the action reflects protectionism by a government that wants homegrown suppliers such as Contemporary Amperex to get the biggest slice of the pie.