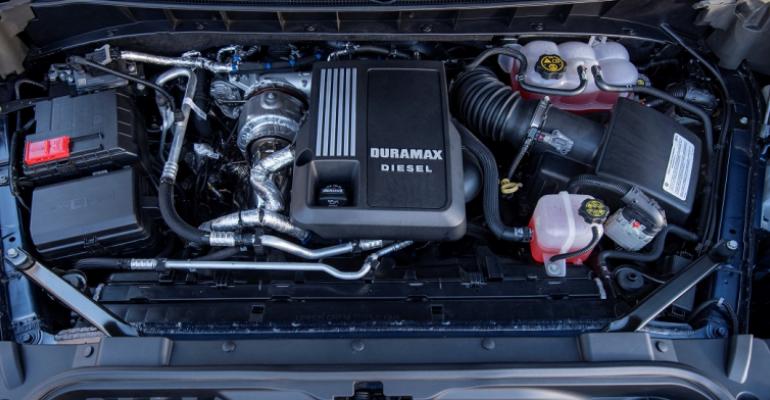 Tow ratings for GM’s new 3.0L DOHC Duramax are not yet available.
Vehicles>Powertrain

The new 3.0L, assembled in Flint, MI, represents GM’s first inline 6-cyl. light-duty truck diesel. Not only is GM late to market with the engine, it’s the last to the fullsize market among the Detroit Three automakers, who dominate the pickup segment.

Long overdue, the Chevrolet Silverado and GMC Sierra fullsize pickup trucks will offer later this year for the first time a light-duty diesel engine that will carry a $3,890 premium over the Silverado’s 2.7L turbocharged gasoline 4-cyl. and a $2,495 premium over the 5.3L small-block gasoline V-8.

As expected, the V-8 trounces the diesel’s 277 hp with a stout 420 hp. But the Duramax diesel’s key attribute is expected to be its real-world fuel economy.

EPA ratings are not yet available, and media test drives of the new engine occur later this month in Oregon. For reference, Ford touts a class-leading 30 mpg (7.8 L/100 km) highway rating for its 2-wheel-drive F-150 pickup.

As with other diesels, the EPA has been slow to certify the Duramax engine for sale in the U.S.

The agency has been overly cautious in evaluating diesel engines for certification in the wake of Volkswagen’s underhanded rigging of diesel engines to treat nitrogen-oxide emissions only during government testing.

That means VW customers were logging millions of miles in diesel vehicles without proper emissions controls, resulting in unchecked pollution. VW and certain executives have faced fines and criminal charges following the 2015 scandal.

Chevy announced in May 2018 the ’19 Silverado 1500 would be available with the new 3.0L Duramax “in early 2019.” Speaking Wednesday to Wall Street analysts, General Motors President Mark Reuss calls for patience.

“Our 3.0L diesel is coming here shortly after we get certification from the EPA, which we have been waiting on but it's all ready to go,” Reuss says.

Not only is GM late to market with the engine, it’s the last to the fullsize market among the Detroit Three automakers, who dominate the pickup segment.

The three automakers were prepared more than a decade ago to launch light-duty diesels for fullsize pickups, but those plans were shelved for a variety of reasons. GM has offered a 4-cyl. diesel in its midsize pickups for the past three years.

FCA US was the first automaker to deliver a European-sourced 3.0L EcoDiesel in 2014, when the powerplant went on to win three consecutive Wards 10 Best Engines trophies. But the engine was pulled from the market in 2017 when enhanced testing by EPA and the California Air Resources Board cited FCA for emissions violations.

Last month, FCA settled a lawsuit with Ram and Jeep diesel owners to compensate them (up to $3,075 per owner) for repairs to bring their vehicles into emissions compliance. FCA officials have said a 3.0L EcoDiesel will be available in the ’19 Ram 1500 sometime this year and in the midsize Jeep Gladiator next year.

Ford introduced the 3.0L Power Stroke diesel V-6 last year in the F-150 pickup, and it earned a 2019 Wards 10 Best Engines trophy in its first year of eligibility. Wards Intelligence data shows 4.4% of F-150 buyers in MY ’18 chose the diesel.

Starting in 1978, the two brands offered a version of Oldsmobile’s ill-fated 5.7L diesel V-8 in Class 1 Chevy C10 and GMC C1500 2-wheel-drive pickups. Notorious for being smoky, loud and unreliable, the GM engine helped make diesels a non-starter among consumers at the time. 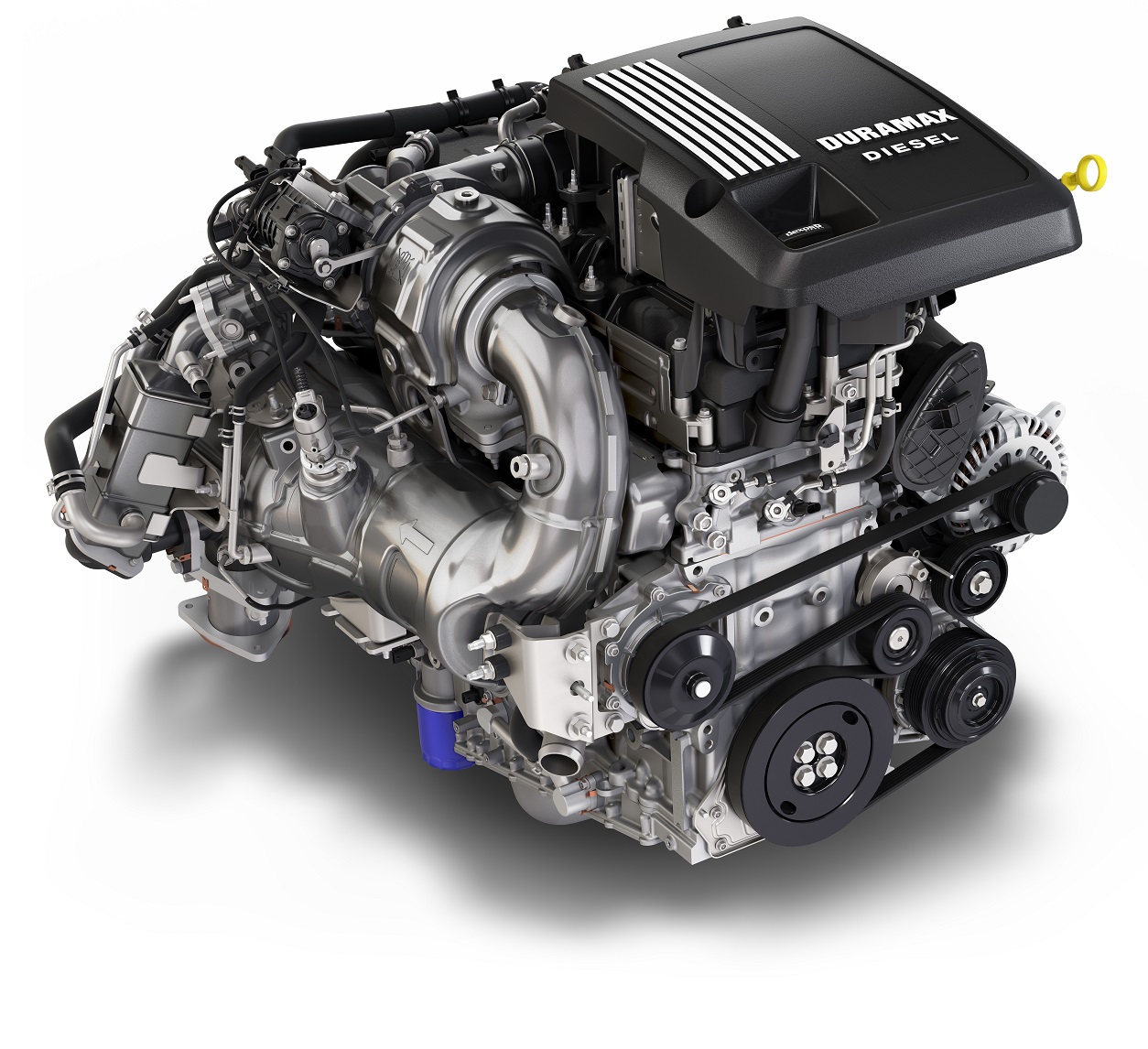 But the new Duramax benefits from years of experience garnered in the European market, where diesel engines have been popular.

The 3.0L diesel, paired with GM’s 10-speed automatic transmission, will be available on LT, RST, LTZ and High Country models from Chevrolet.

The energy density of diesel fuel is about 15% greater than that of gasoline, which is one reason why a diesel engine delivers more torque and better fuel efficiency than a gasoline engine of the same displacement.

That additional torque is readily available at lower engine speeds (relative to a gasoline engine), which makes diesel the proven choice for anyone who has something to tow.

Tow ratings for GM’s new 3.0L DOHC Duramax are not yet available, but the automaker says those specs will be released during test drives later this month.