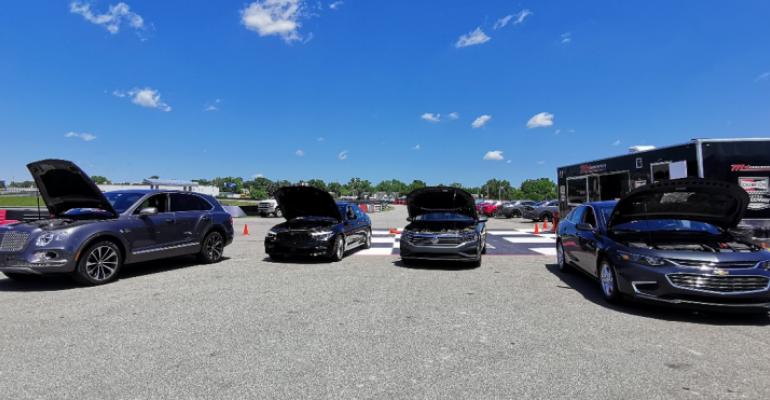 Most turbocharger suppliers purchase turbine housings, but BMTS co-owner Westron is a Chinese casting company that is supplying them internally. Additional BMTS turbo plants are coming online in Mexico this year and in China next year.

PONTIAC, MI – It’s been 11 years since German suppliers Bosch and Mahle formed a 50-50 joint venture to manufacture turbochargers as the downsized engine trend was taking hold globally and automakers were inviting players to enter the world of forced induction.

Rival Continental also joined the turbo fray after purchasing Siemens VDO Automotive in 2007. Siemens had been talking publicly about their turbo intentions earlier that year at the Frankfurt auto show.

In the ensuing years, multiple companies, including Continental and Bosch-Mahle, have poured millions of turbochargers into the market globally for everything from compact and luxury cars to pickup trucks and utility vehicles.

But the two principal partners in Bosch-Mahle Turbocharger Systems exited the business in March 2018, in part because profit margins were too low. The new Chinese owners (FountainVest and Westron) have been investing heavily in the business and are determined to maintain the German expertise that launched the company.

The name also carries over, to some extent, as BMTS, which has a small engineering and sales office in Plymouth, MI. Its headquarters are in Stuttgart, Germany, and turbocharger plants are in Shanghai and St. Michael, Austria.

This summer, BMTS is launching a new turbocharger plant in Ramos Arizpe, Mexico, followed by another next year in Novi Sad, Serbia.

The St. Michael plant has been producing turbochargers for General Motors’ 1.5L direct-injected gasoline engine, which appears in vehicles such as the Chevrolet Malibu sedan. In future, the new plant in Mexico will supply those turbochargers to GM vehicles for the North American market.

The BMTS plant in Ramos Arizpe also will supply turbochargers for a new 1.35L 4-cyl. engine GM will produce in Mexico.

Turbine shafts and wheels come from a plant in Blaichach, Germany, and a new plant also is opening in Jinan, China, to produce the same components. With the new plants, BMTS employment will reach 2,000 people globally.

If profitability was problematic for Bosch and Mahle, the new owners have a distinct advantage: their own casting plant in Dongying, China, with 100 employees.

With the turbine spinning at about 240,000 rpm, the hot side (intake) of a turbocharger operates near 1,832° F (1,000° C), so the durability requirements for the housing, generally made from steel and nickel, are stringent.

Turbocharger suppliers usually purchase those castings from Tier 2 suppliers, but Westron’s foundry has been manufacturing turbocharger housings to support BMTS and is ramping up production.

This makes BMTS the only turbocharger supplier that produces its own hot-side castings, accounting for about 30% of the overall value of a turbocharger, Scanny Cai, vice president-strategic planning for BMTS, tells Wards at a recent media event and test drive here at the M1 Concourse.

Like other turbo suppliers, BMTS purchases the cold side of the housing, which is made of aluminum and pumps compressed air to the engine for more power and efficiency.

There are several turbocharger suppliers, led by BorgWarner and Garrett. Other established players besides BMTS and Continental include IHI and Mitsubishi Heavy Industries. China has several other small producers.

BMTS executives say the supplier currently has 12% of the global market for turbos, a figure expected to top 15% in coming years, making BMTS the No.3 producer of turbochargers.

This year, the company plans to produce 3 million turbochargers, growing to 8 million units within five years, accounting for a 21% compound annual growth rate.

“If you look at our growth versus our competitors, we are growing a lot faster than the industry, which is why we are investing in a lot of expansion in our global footprint,” Brian Vivio (see photo below), director-Sales, Application and U.S. Engineering, tells journalists.

The company forecasts internal-combustion engines continuing to power the vast majority of vehicles at least through 2031, and by that time more than half the vehicles in production will have turbocharged engines. Rapid growth in turbo take-rates is expected in China through 2027. 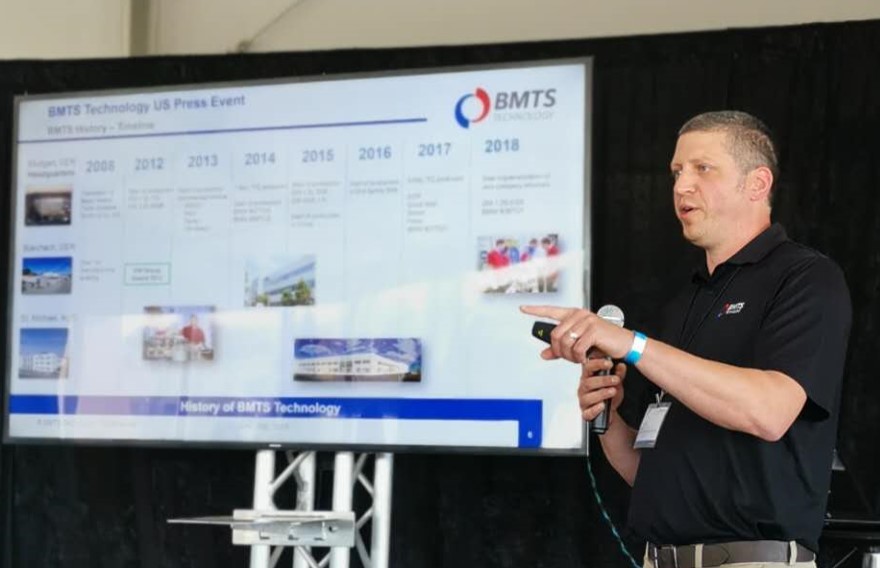 Volkswagen is BMTS’ No.1 customer, followed by GM, then BMW and a host of others. The supplier says it is working hard to land both Ford and Fiat Chrysler as customers.

With VW, BMTS says it will supply a turbo with variable-turbine geometry for a 1.5L 4-cyl. beginning in 2021. The supplier says this will be the industry’s first VTG application in a gasoline engine, and that annual production volumes are anticipated to reach 1.3 million units.

Vivio says automotive engines in the past routinely would be in production for five years before they were updated or improved, but today those changes are coming much more quickly, within 18 months in some cases. That means suppliers need to be agile in responding to those customer needs.

On the tech front, BMTS is further developing: