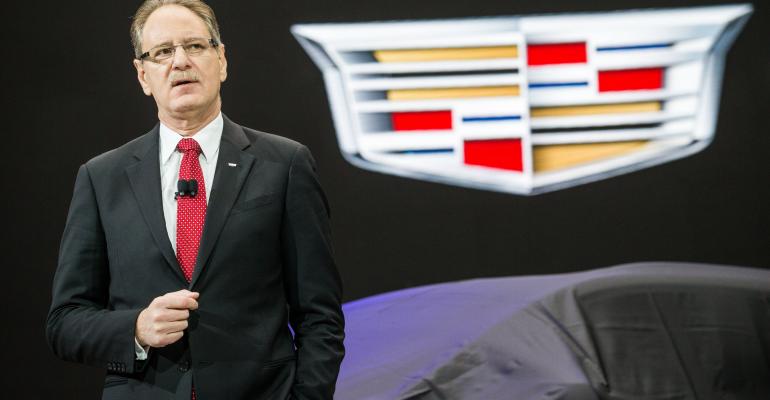 Cadillac Not Backing Off Diesel

Brand chief Johan de Nysschen also likes the idea of a fuel-cell electric vehicle at Cadillac, which he wants to reposition as the industry leader in emerging technology.

“From where we sit, a well-executed diesel engine is still a very cost-effective route to achieve (carbon-dioxide) emissions reductions,” de Nysschen tells WardsAuto in an interview here at the North American International Auto Show.

“But the emphasis will be on well-executed,” he adds. “That doesn’t mean it is cheap. That’s part of the problem. It costs money to contain those engines. But it is an undeniable truth that a diesel engine is more efficient than a gasoline engine.”

De Nysschen says Cadillac continues to move forward on two diesels, a 4-cyl. and a 6-cyl., with an eye on the European market. However, the engines also will be sold in the U.S., despite 500,000 VW, Audi and Porsche models implicated for emissions cheating. About 11 million globally have been revealed to employ a defeat device to meet emissions standards.

A former chief of Volkswagen luxury unit Audi, de Nysschen admits the technology is not as attractive to many as it was before the scandal; even then, its sales numbers were slight. In the ’15 model year, diesels accounted for 5.3% of engine installations, according to WardsAuto data.

“Diesel technology’s image has suffered a punch in the face,” de Nysschen says.

U.S. regulatory scrutiny of light-vehicle diesels has escalated since the VW scandal and in Europe, the world’s biggest diesel market, some cities are proposing a ban of the technology over fears its emissions could be linked to premature deaths. Small, turbocharged gasoline engines also are growing in favor there.

But barring any changes to regulatory regimes on the other side of Atlantic, Cadillac will move forward with the technology in a number of its products.

De Nysschen also likes the idea of a fuel cell electric vehicle at Cadillac, which he wants to reposition as an industry leader in emerging technology.

But until recently, FCVs have been prohibitively expensive for any brand, luxury or otherwise. Costs and packaging requirements have shrunk, though, leading automakers such as Hyundai and Toyota to dip their toes into leasing them.

Cadillac has the good fortune of being under GM, which although it is not selling or leasing an FCV at this point is widely considered an industry leader in the technology.

“Expensive,” de Nysschen says flatly before adding, “General Motors has huge technical competence in the technology and if we could harness that, Cadillac would seem to be a likely candidate for it. But I favor it. The costs can be overcome.”

Elsewhere on the alternative-propulsion front, de Nysschen says production of the CT6 plug-in hybrid electric will begin this year in China. Cadillac promises the PHEV will be a “technological showcase” for the brand with double the fuel economy of a gasoline CT6. It will come to the U.S. in 2017.