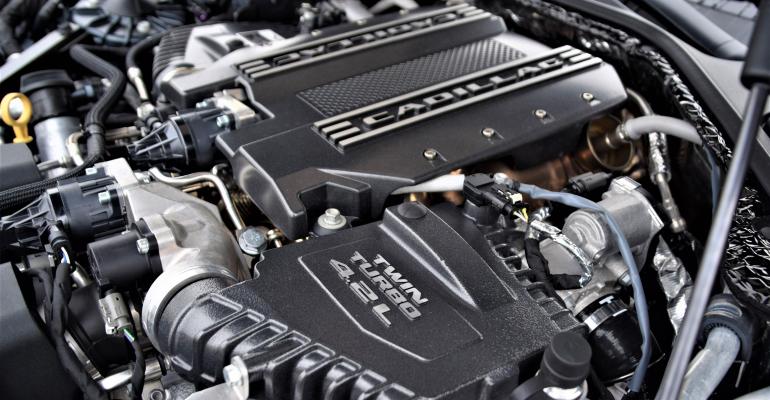 In the underappreciated CT6, the Blackwing V-8 never had a chance to get off the ground. Wards Intelligence data shows a mere 1,400 Blackwing engines were installed in the ’19 and ’20 models of CT6 and CT6-V, which are now out of production.

Media reports have been circulating – erroneously, according to General Motors – that Cadillac’s hand-built dual overhead-cam Blackwing V-8 will find its way under the hood of an Italian supercar.

Whether that deal materializes is less relevant than the tragically short lifespan afforded this sterling gem of an engine recently test driven by Wards editors.

While he was boss of Cadillac, Johan de Nysschen lobbied for this bespoke, low-volume, high-output V-8 to compete with similar offerings from Mercedes-Benz, BMW and Audi, the German luxury brands Cadillac has trailed for years.

De Nysschen apparently thought Cadillac was entitled to an engine more sophisticated than the pushrod small-block V-8 that has been installed in more than 100 million vehicles since 1955 – an updated version of which happens to power the all-new mid-engine C8 Corvette Stingray.

GM said very little about the Blackwing engine, except for a media briefing (but no test drive) in March 2018, right before the New York auto show. A month later, de Nysschen left Cadillac, but the first Blackwing engines, assembled by hand at GM’s plant in Bowling Green, KY, were installed in the model-year ’19 Cadillac CT6 and CT6-V sedans later that fall.

What happened next is the kind of bean-counter decision-making that mystifies. GM announced plans to kill off the slow-selling CT6 (test car pictured below) a mere three years after it was introduced as the high-tech flagship sedan that would lead Cadillac’s resurgence.

If a car isn’t selling, tough decisions must be made – that’s understood.

But the Blackwing deserves a better fate. Pounding out 500 hp (or 550 hp in the CT6-V), the Blackwing is a stout, refined V-8 that could fit in a number of vehicles, most notably the all-new fullsize Escalade SUV.

So far, the announced product plan for Escalade includes no Blackwing – only the 6.2L small-block V-8 and 3.0L diesel 6-cyl.

In the underappreciated CT6, the Blackwing never had a chance to get off the ground.

Wards Intelligence data shows a mere 799 Blackwing engines were installed in the ’19 CT6 and CT6-V, followed by another 600 engines in ’20 versions of the same car, which now is out of production at the Detroit-Hamtramck plant.

GM stopped building the Blackwing engine at the Bowling Green plant in February, virtually ensuring this engine will never pay for itself or the tooling, manufacturing processes or supplier components necessary for assembly.

The longer it takes GM to designate the Blackwing for another vehicle, the less likely GM will ever recoup its investment.

This 90-degree all-aluminum V-8 (internal codename LTA) is cleverly packaged for reverse airflow, meaning the intake ports are mounted on the outside of the cylinder heads while the two twin-scroll turbochargers and exhaust ports are routed through the valley. There are two engine-mounted water-to-air coolers. 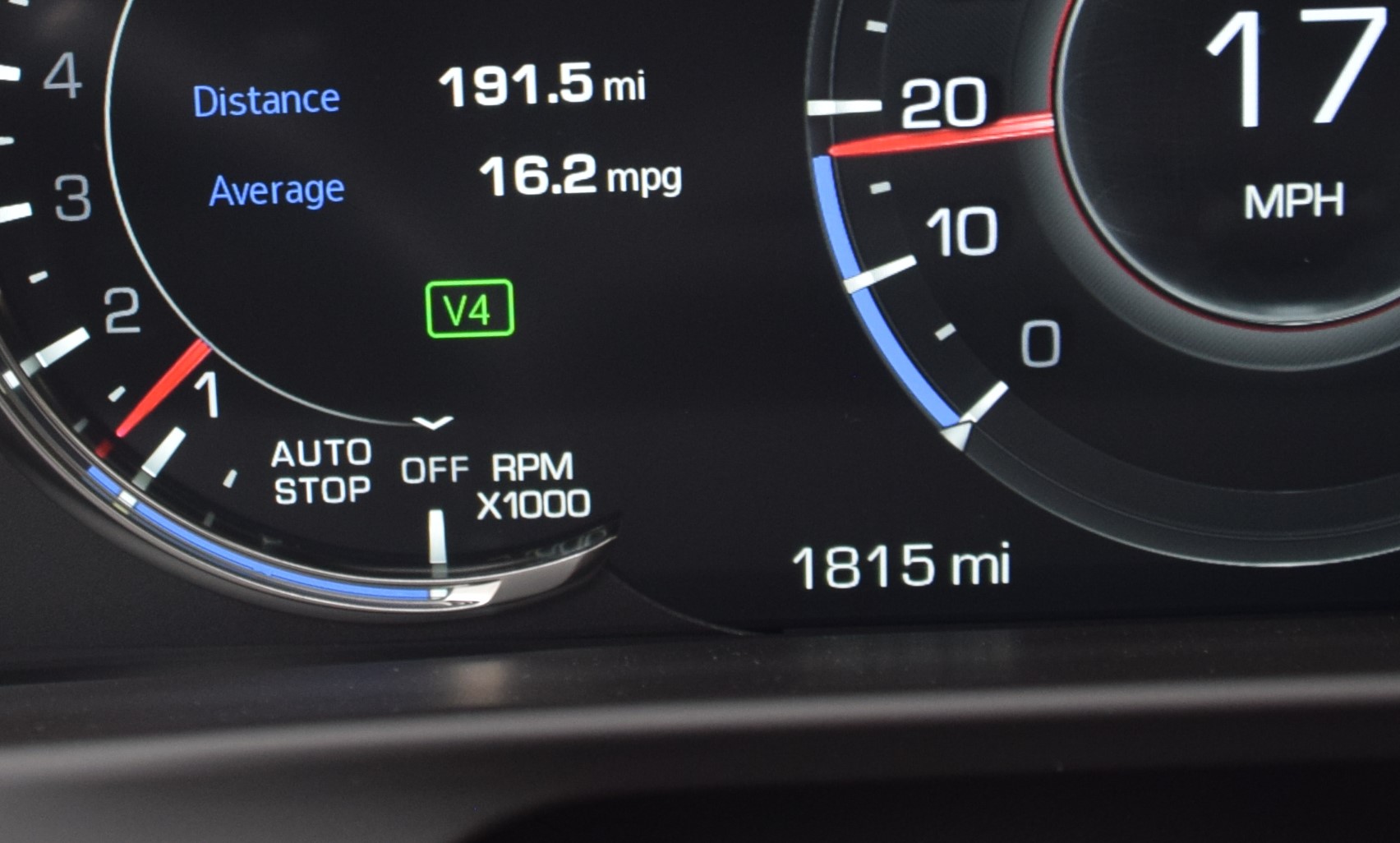 Cylinder-deactivating Active Fuel Management shuts down four of the eight cylinders when they aren’t needed, mainly when decelerating or cruising at moderate speeds. Switching between the two modes is seamless, nearly impossible to detect, except for when the “V4” light appears in the cluster (pictured, left).

Observed fuel economy during our test drives was about 16 mpg (14.7 L/100 km), which is unremarkable but probably to be expected with all-wheel drive and a parade of heavy boots on the gas pedal. The Blackwing needs premium fuel.

As mentioned, this engine has two turbochargers, but they barely do any work, according to the boost pressure gauge in the instrument cluster. Its needle rarely moves, even when pushed hard (pictured below, left)

Whether the turbos are engaged or not, the Blackwing is outstanding as a daily driver or for high-speed joy riding. The 10-speed automatic transmission can be switched to manual mode, allowing the driver to cycle quickly and cleanly through gears.

Hold steady in third gear, run this big sedan up to 74 mph (119 km/h) on the highway and prepare to be astounded at how composed and smooth this engine is, all while running at about 5,500 rpm. 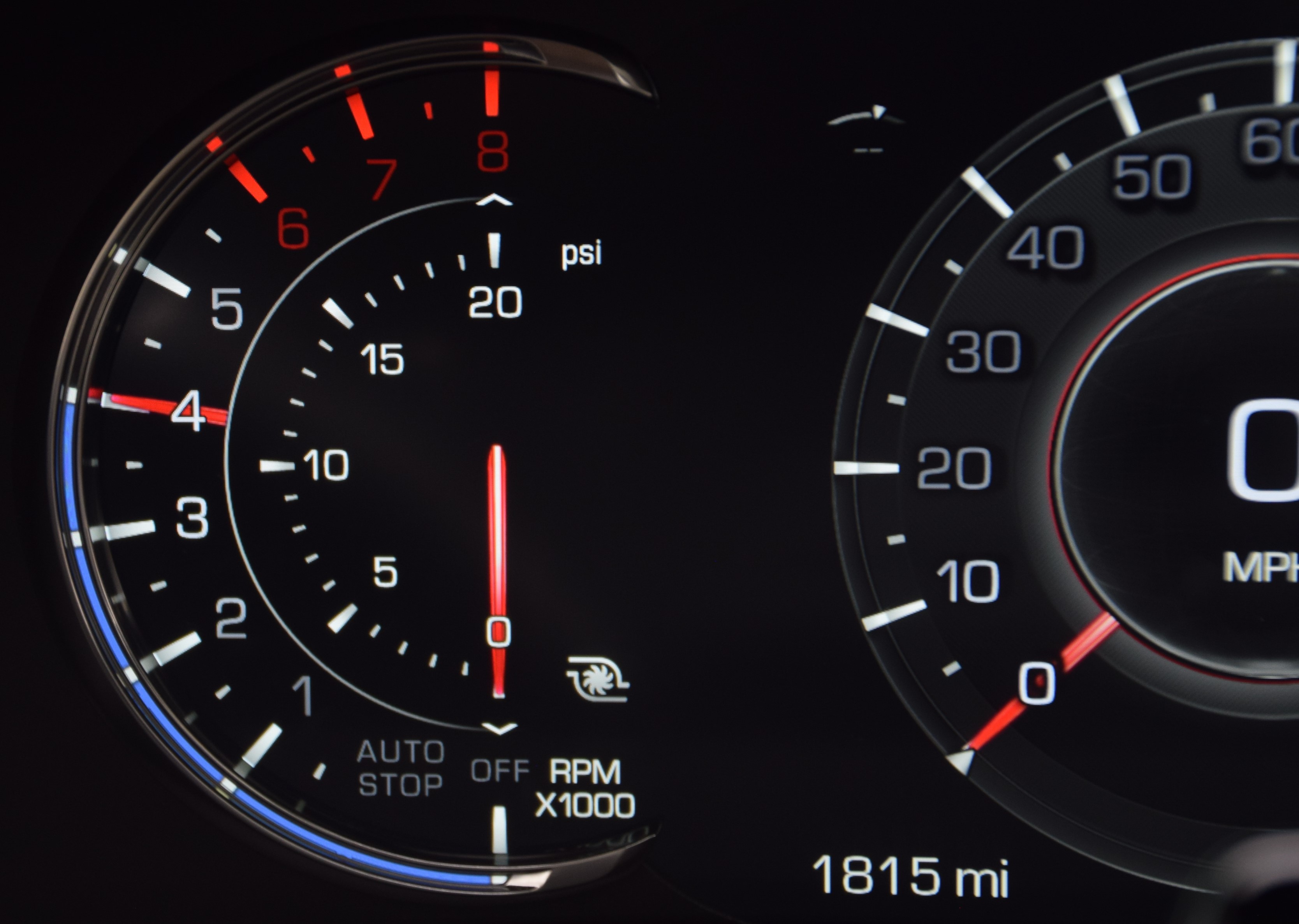 While some engines might bristle at such treatment, the Blackwing provides no outwardly aural protestations.

Isolation within the vehicle is first-rate, as no vibration is detected in the steering wheel, shifter, seat or gas pedal during such thrashing. The engine bay must be extremely well insulated (pictured below). Meanwhile, outside the vehicle, the Blackwing growls like an angry bear at startup.

Other Wards editors are equally impressed with the Blackwing.

“Throttle response is tremendous,” writes James Amend. “I kept the car in Sport mode most of the time, and you can really feel the benefit of the ‘Hot-V’ configuration. The turbos spool up quickly, and combined with the lightweight chassis it just flies off the line.”

Amend also loves the pronounced exhaust note. “My neighbor has a Porsche Cayenne Turbo, and the Blackwing makes his car sound like a kitten. It’s a beautiful engine, too, compact and happy to skip the engine cover to show off its bits and pieces. The Blackwing is a tremendous piece of engineering.”

Bob Gritzinger says the Blackwing provides stiff competition for Mercedes-Benz, whose high-performance V-8 in the AMG E-Class became known as the “Velvet Hammer” for being discreet, buttoned-up and absolutely lethal. 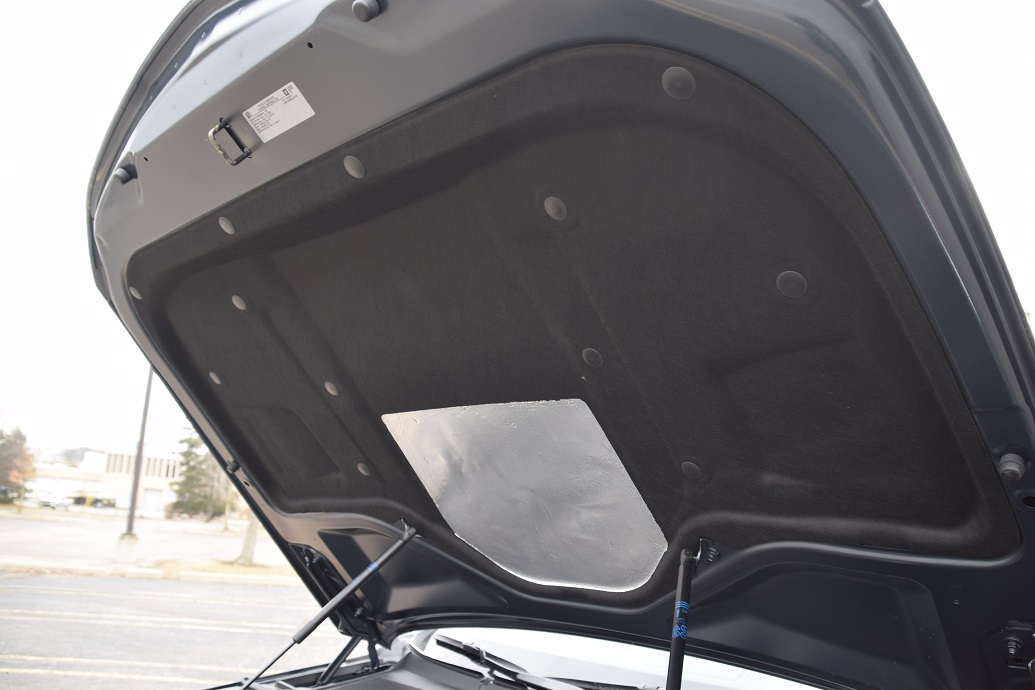 “The same kind of distinctive moniker should be associated with the Blackwing. Let’s call it the Semi-Aniline Ass Kicker, or something,” Gritzinger writes.

“Be careful – 60 mph comes quick, in second gear at the 6,000-rpm redline. Only when hammering – really hammering – in Sport mode and ripping through the gears manually does one detect a bit of exhaust note and engine roar, and even then its muted, as though the machine is tuned to please with velocity rather than a visceral response.”

As an aside, the price cap that had been in place for Wards 10 Best Engines & Propulsion Systems for the past 26 years has been removed, making the Blackwing eligible this coming fall for the ’21 competition.

But that’s only if the engine is available in a production vehicle. If that doesn’t occur this year, then we still hold out hope for the following year.

So sad this engine left the market as quickly as it arrived. 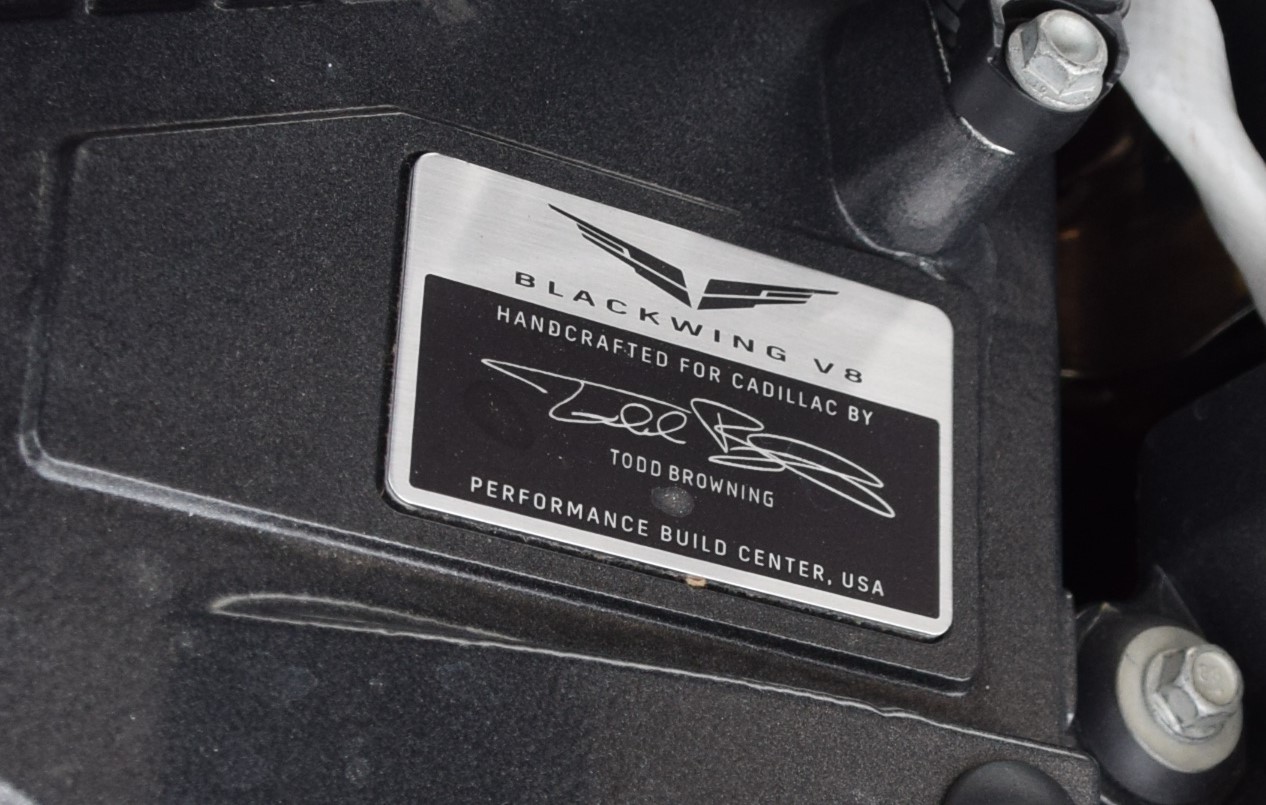 Thanks for a fine engine, Todd.