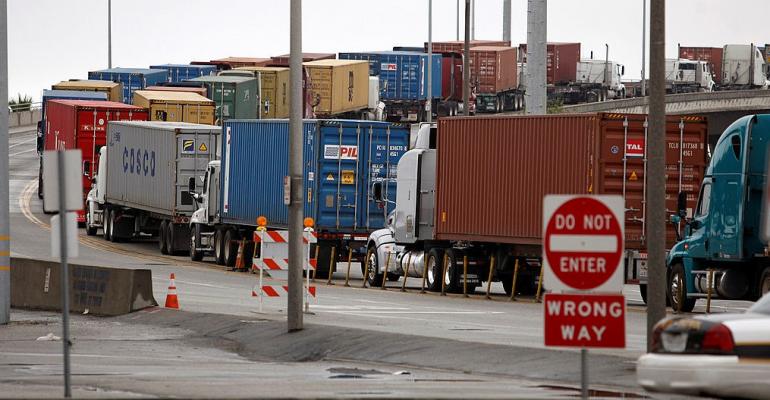 Heavy-duty diesel trucks are California's biggest source of nitrogen-oxide pollution. But the sector is using electrification, autonomy and connectivity to combat the problem.

IRVINE, CA – California accounts for a vast majority of electric-vehicle sales in the U.S., and its vehicle emissions regulations are among the strictest in the country. That hasn’t solved serious air-quality issues, however.

“We have some of the most unhealthy air in the country,” says Matt Miyasato, deputy executive officer-science and technology advancement at the South Coast Air Quality Management District.

But that’s not because of greenhouse gas pollutants, the kind produced by light vehicles. California, especially the southern part of the state, still battles serious nitrogen-oxide pollution, which is much more harmful.

Heavy-duty diesel trucks are the biggest source of NOx pollution. But the sector is using electrification, autonomy and connectivity to combat the problem.

“We are seeing a lot of innovations (in the heavy-duty truck sector) happening right now,” says Miyasato.

Southern California is home to three of the nation’s busiest ports, in Los Angeles, Long Beach and San Diego.

Those ports are part of the South Coast Air Quality Management District, which includes Los Angeles, Orange, San Bernardino and Riverside counties. Those four counties are home to 44% of California’s population.

The constant flow of heavy-duty diesel trucks to and from the ports is a major contributor to California’s air-quality problems. Some 40% of the nation’s containerized traffic passes through those ports, Miyasato says at the 6th Annual Advanced Mobility Symposium held in late June at the University of California-Irvine.

California must reduce NOx emissions 45% by 2023 to meet federal standards, he says. It must cut emissions even further to meet a 2031 standard.

California is working on commercializing zero- and near-zero-emissions heavy-duty trucks to achieve that goal, he says. As most of the trucks serving the ports arrive from out of state, the ports themselves have set goals for cleaning up the air.

The Port of Long Beach aims to have all trucks serving the terminal be emissions-free by 2035. In May it published “Charging Ahead: The Port Community Electric Vehicle Blueprint.”

The Port of Los Angeles is integrating demonstration Class 8 heavy-duty electric trucks into its operations as part of its Zero Emissions Roadmap.

And the Port of San Diego is using various zero-emissions vehicles, including two battery-electric cargo trucks produced in Lancaster, CA, at Chinese firm BYD’s plant.  The Port has its own Climate Action Plan.

Truck manufacturers are getting into the act. Siemens and the SCAQMD are testing trucks powered by an overhead electric wire on a one-mile (1.6-km) stretch of road in southern California.  They mirror a 6-mile (10-km) e-highway on Germany’s Autobahn.

Tesla has said it is producing a heavy-duty electric truck, and Nikola Motor Co. produces battery-electric and hydrogen-fuel-cell powertrains for Class 6 and Class 8 heavy-duty trucks.

“We see fuel-cell as being the winner,’ Miyamoto says. 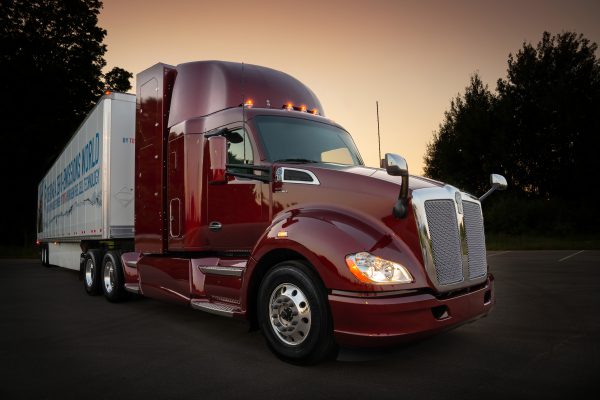 Automation also has made its way into the heavy-duty sector. Waymo, Alphabet’s autonomous-vehicle subsidiary, will begin testing Class 8 autonomous trucks in Arizona again this year. They are not electric, however.

“We would like to see them go to lower emissions,” Miyasato says.

Connectivity also has a role to play in reducing NOx emissions, he says. Autonomous trucks can “platoon” – driving close enough together to create a draft – more efficiently. That can improve fuel efficiency nearly 8%, according to the U.S. Department of Transportation.

The California Partners for Advanced Transportation Technology at UC-Berkeley has been working since 2015 on platooning technology, which depends on the trucks being digitally connected.

Platooning not only boosts fuel efficiency but also cuts the time needed to transport goods.

“You can have more throughput,” Miyasato says.