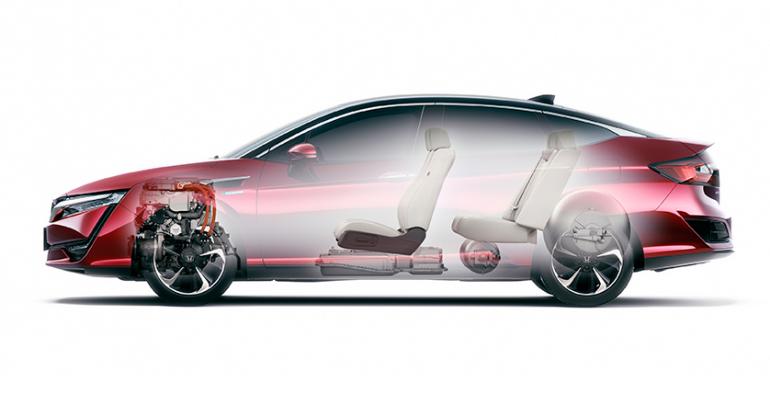 The Big Story: FCVs – Hydrogen in the Pipeline

After two decades of automotive fuel-cell development, industry interest, declining costs and increasing regulations make the prospects for a hydrogen-fueled future brighter than ever.

More than a decade ago, hydrogen fuel-cell-powered vehicles were seen as the proverbial light at the end of the automotive powertrain tunnel, a remedy for the flaws of the internal-combustion engine, a certain way to meet tough emissions standards and a pathway to a non-fossil-fuel future.

Proponents were many, including automakers, suppliers, government agencies and a variety of public-private partnerships touting the notion fuel cells soon would begin to replace ICEs.

Today, automakers have a dozen projects in various stages of development, including several vehicle-leasing pilot programs poised to commercialize FCVs as soon as the hydrogen infrastructure is capable of supporting them, if not sooner.