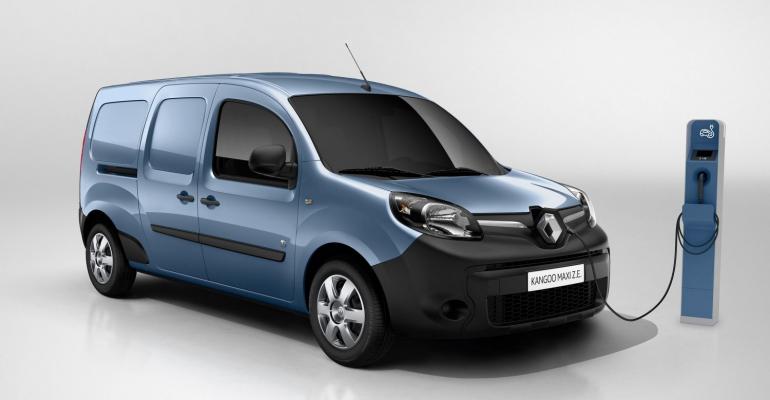 Analyst Eric Totaro says EVs have potential for sales growth in Argentina thanks to its large middle class. But he says the government must do more to prod sales with additional tax incentives as well as invest in infrastructure improvements.

BUENOS AIRES – Argentina’s electric-vehicle market is poised to take off this year as tax cuts and the installation of charging points spur consumer demand.

Effective May 12, importers can bring into Argentina electric, hybrid and hydrogen-fuel-cell cars weighing 881 lbs. (400 kg) or more and light-commercial vehicles of  1,210 lbs. (550 kg) kilograms or more at duties of 0% to 5%, down from 35% previously, according to a decree from President Mauricio Macri.

The tax break is for a total of 6,000 vehicles imported over the next three years by automakers with manufacturing plants in Argentina, including Ford, General Motors and Volkswagen.

Alejandro Ovando, a director of IES, a business consultancy in Buenos Aires, calculates the tax break could shave the price tag of a Toyota Prius, the only gasoline-electric hybrid in the market, to as low as $40,000 from $62,000. “This is a big incentive for consumers,” he tells WardsAuto.

Other electrified models poised to hit dealerships are Nissan’s Leaf, Renault’s Kangoo Z.E. and Volkswagen’s Touareg hybrid; Nissan and Renault have plants in Argentina in addition to VW. Sales of Porsche’s Cayenne S E-Hybrid also are expected to grow, even though its model will not benefit from the tax break as VW-owned Porsche has no Argentine manufacturing base.

Eric Totaro, a Chicago-based industry analyst at Euromonitor International, says EVs have potential for sales growth in Argentina thanks to its large middle class.

However, he cautions the government must do more to prod sales with additional tax incentives as well as invest in infrastructure improvements such as building dedicated lanes for EVs.

“There needs to be a reason for consumers to choose an electric car over a traditional one,” he says.

Another key is to provide a wide range of charging points. YPF, the country’s state-run energy company, is taking its first step to do just this. In April, it teamed with QEV, a London-based electric-charging specialist, and ABB, a Swiss engineering company, to install the first 220V fast chargers at 110 of its more than 1,500 YPF service stations nationwide. The chargers take 15 to 30 minutes to deliver an 80% to 90% battery charge, according to ABB.

“We see a worldwide trend of a rising interest in the use of electricity as a means of locomotion,” Enrique Levallois, YPF’s executive commercial manager, says in a statement. “YPF is going to lead that evolution in our country.”

More of an incentive encouraging Argentine drivers making the switch to electric may be the lower operating cost.

Franco Roland, an auto analyst at ABECEB, a consultancy in Buenos Aires, estimates it costs 70% to 80% less to operate an EV than a traditional car, taking into account the lower fuel cost and less-frequent, less-costly engine maintenance.

This could be a thrust for sales, Roland says in drawing a comparison to a boom in conversions of gasoline-fueled cars to compressed natural gas in the 2000s. CNG cost some 75% less at the time and still remains less expensive than gasoline.

Even so, Roland says the high price tag for EVs will keep Argentine sales slow, possibly no more than 5,000 units per year, for the next few years. That’s a fraction of overall Argentinian new-car sales, which totaled 721,411 units in 2016, according to the Association of Automotive Makers, an industry group.

IES’ Ovando says one way to bring down prices over the long term is to make EVs locally, taking advantage of a large auto- and parts-manufacturing base and Argentina’s rich deposits of lithium for EV batteries. However, to get manufacturing off the ground, the government would have to provide incentives for building plants and improving the efficiency of lithium mining and battery manufacturing, ABECEB’s Roland says, noting it still costs less to import lithium-ion batteries.

Euromonitor’s Totaro says another incentive for manufacturing locally could come from removing trade restrictions so EVs can be exported beyond the Mercosur trade bloc of Argentina, Brazil, Paraguay and Uruguay, widening potential sales.

But more importantly, he says the country needs economic and fiscal stability after years of crises and an end to frequent changes in import-tax rates, which hit up to 50% earlier this decade. Import taxes on EVs were cut as recently as early this month.

“Import taxes have dramatically shifted, depending on who’s in power in Argentina,” Totaro says. “I think that from the automakers’ perspective, they will want an assurance of stability in the country in order to invest hundreds of millions of dollars, if not billions, into building plants that are capable of making electric vehicles.”