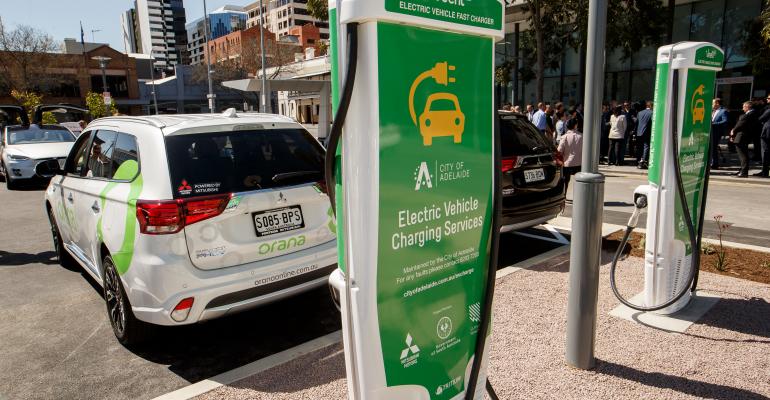 The facility in the city&rsquo;s Central Market Precinct has eight fast-charging stations, with another 11 due to be installed in the area by the end of October.

A fast, direct-current electric-vehicle charging hub, the first of its kind in South Australia, opens in downtown Adelaide.

Mitsubishi Australia joined the city of Adelaide and the state government to open the facility in the city’s Central Market Precinct. It has eight fast-charging stations, with another 11 due to be installed in the area by the end of October.

Mitsubishi Motors CEO John Signoriello says his company provided a fast charger at no cost to the state as part of its commitment to supporting a public charging network for all EV users.

“We believe EV technology should be made available to the wider community, not just for luxury-car owners,” Signoriello says in a statement. “Our fast charger is compatible with a wide range of makes and models of EVs, which is an important factor in helping to building an equitable EV market in Australia.”

The Adelaide Central Market charging hub is the latest installment to South Australia’s growing EV-charging network, with plans to install another 25 stations in Adelaide’s central business district by mid-2018.