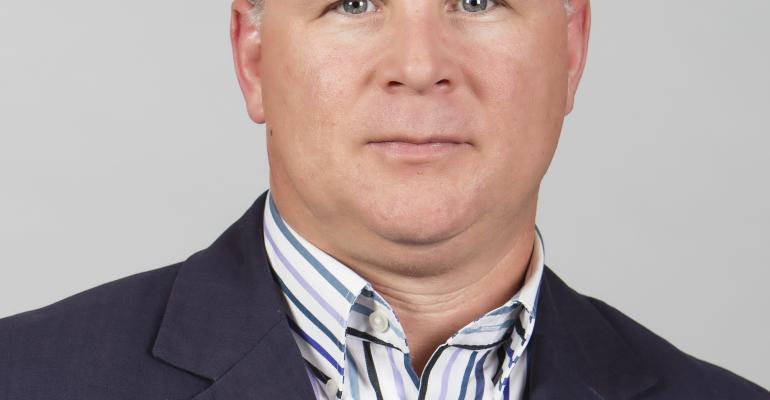 Selling Cars in the Information Age

A recent UPS study finds that, for the first time, just over half of purchases by avid online shoppers are made online. Let that sink in for few minutes.

With the lease on my pickup truck running out, I recently decided to scope out new cars. I didn’t hop in my vehicle and head to the dealership – at least not at first. I grabbed a cup of coffee, plunked down on my couch and started browsing.

Most people looking for a new computer or khaki pants undoubtedly start their research online. Same goes for auto buyers. A McKinsey study finds the average number of visits to a dealership before buying a car has dropped from around five to as little as one visit for some brands. Why? Because eight out of 10 new-car buyers begin their journey online, and roughly 90% use either the dealer or OEM websites during their journey.

The same study finds the overwhelming majority test drove a car during their visit to the dealer, so the dealership’s sales and service team don’t need to worry. They’re still essential. But successful dealerships understand that in addition to traditional advertising and promotion strategies, the key to driving more sales is a well-functioning website with accessible and detailed information on current inventory.

For several years, the UPS Pulse of the Online Shopper study has gauged the rapidly changing world of e-commerce and provided companies with insights based on changing consumer purchasing preferences. (UPS developed this annual study with comScore. Input was collected from 5,330 qualified comScore panelists in early 2016. Shoppers had to have made at least two online purchases in a typical 3-month period.)

Everyone knows digital sales are king these days. But the UPS study finds for the first time just over half of purchases by avid online shoppers were made online. Let that sink in for few minutes and think about how many tubes of toothpaste and new pairs of shoes that must be.

While the current dealership model still may see the majority of final sales taking place physically within the dealership, it does show that consumers expect a different engagement model and one that increasingly takes place through digital channels.

Picture me looking for a new car: I didn’t turn to the newspaper, I looked to the Internet. If your dealership doesn’t boast a digital presence that’s quick and easy to find, you instantly are at a disadvantage.

Meanwhile, if your site is outdated or seems clunky, you could lose customers in the blink of an eye. Your site has to be appealing enough that consumers won’t view you as an outdated car dealer and functional enough to offer timely access to current and up-to-date inventory.

Remember, you need to show you’re a solid dealership worthy of a major investment and an ongoing relationship, regardless of whether you’re a single dealer or part of a giant network. Consumers are unlikely to simply type in your car dealer’s web address.

Retailers of all varieties also need to know where consumers are searching, and the answer isn’t simply Google. In fact, just 15% of respondents started with search engines, while 31% began with retailers’ channels.

The UPS study also finds the PC remains a stalwart, but one in four shoppers project more shopping on smartphones and tablets. In fact, smartphone purchasing ticked up three points from 41% in 2015 to 44% among device users. That means a site has to work well on a computer and work just as nicely on an iPhone, something many car dealers have yet to realize. With nearly 60% of respondents doing research on a smartphone or tablet, a strong presence on one type of digital device no longer is enough.

To seal the crucial deal, sellers must find a way to work with the online shopper once he or she walks into the showroom. UPS also has identified the emergence of what it calls the “flex shopper” who is “ruthlessly efficient, switching channels (stores and online) and devices (laptop, tablet, and smartphone) to best suit personal convenience.”

Along the consumer’s path to purchase a new car, he or she likely will engage with the dealership through multiple channels. The dealer who can nurture this experience seamlessly across both digital and traditional channels will be the most likely to create a superior customer experience.

This can translate into a successful sale and a higher probability of increased customer loyalty resulting in referrals and repeat business.

Meanwhile, Millennials – classified as individuals 20 to 36 years old – are leading the charge with online shopping. While much attention has been paid to how this group wants to live in the city with access to mass transportation, there are millions of Millennials who are getting married and having children. Read: They’ll need cars, and the dealership of the past no longer will work.

This is a group that values being connected, so make sure your Wi-Fi is strong. They’ve also grown up in McMansions with over-attentive parents, so smart dealerships are adding comfortable seating areas with coffee machines. (And don’t try to save money with powdered creamer; they demand the good stuff.)

Be aware that more are even skipping the waiting area in favor of receiving text alerts. They also screen calls, so expect to leave a lot of voicemail if you aren’t texting.

While some retailers stand out in social media, some car dealers remain behind the times. That’s problematic because nearly 80% of respondents have a social presence. (Even 56% of seniors reported using social media, which shows how widespread usage has become.) Where should you be? Nearly 70% are on Facebook, while roughly half are on YouTube, a great way for dealers to showcase video.

Other ways for dealers to advertise include Twitter (34% of respondents are here). Pinterest (29%) and Instagram (25%) are great for pictures of pretty cars that are free to post. Dealers also should monitor activity on social media: 28% of online shoppers are likely to comment on social media when dissatisfied, and soothing ire early can prevent a complaint from picking up steam and being shared.

On a bright note, 42% of people are likely to promote via social media when satisfied (up four points from last year), a good source of advertising and easy, sharable content.

The UPS study also finds nearly a third of respondents own at least one connected home device. The growth of the smart home market in the coming years is expected to be strong, with the market size poised to reach $58.7 billion by 2020, according to MarketsandMarkets, which has predicted that the channel will see a 17% compound annual growth rate until 2020.

The automotive segment stands to benefit: Nine percent of respondents own a connected vehicle, while a stunning 23% intend to purchase one, according to the UPS study.

As innovation enables greater personalization, drivers will have a more customized experience from choices related to in-vehicle entertainment to recommendations on where to park based on favorite restaurants. Combine this with onboard Ethernet access for faster processing, and it’s easy to envision a future where the consumer slips seamlessly from home and workplace and into their cars without any connectivity gap.

It’s time to make sure your dealership is getting ready.

Sponsored Content
The Slow Death of Channel Marketing: The Birth of VIN-Aware
Feb 23, 2021